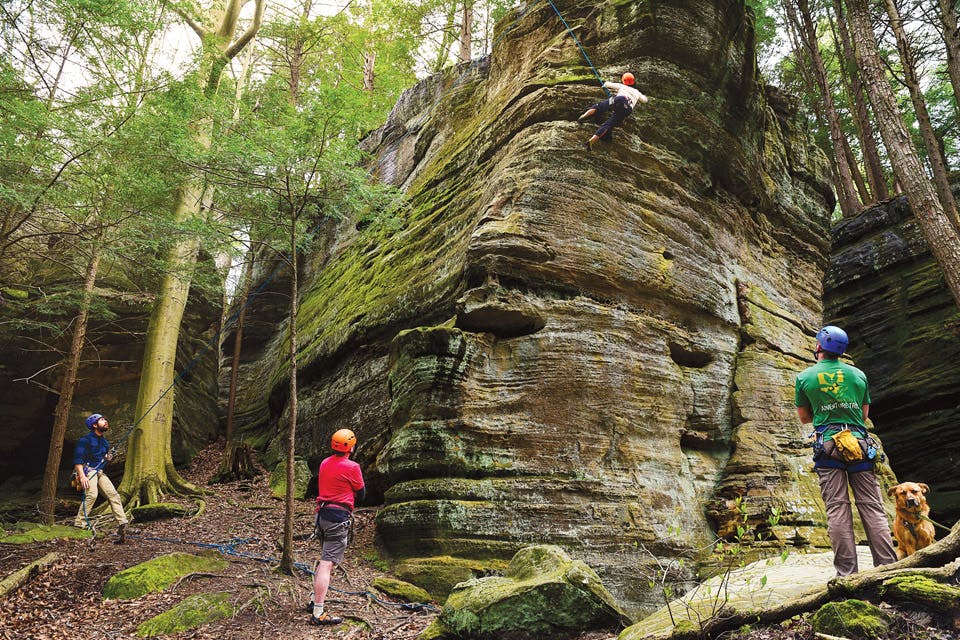 Looking at Hocking State Forest’s Rectangle Rock, it’s not immediately apparent where your hands and feet are supposed to go. But one of our guides, Justin Bowers, can see the spots immediately. After a bit, we begin to also.

“There, right there, that’s a good handhold,” Bowers encouragingly offers, as I climb my way up. “See, right there … you can put both feet on that ledge.”

The truth is rock climbing is difficult for the first-timer, requiring a mix of stamina and daring. The climb asks us to go against what eons of human evolution have taught us about putting ourselves in precarious situations. But there’s a payoff to pushing yourself and a sense of accomplishment looking back at how far you’ve gone. But make no mistake: Rock climbing is an adventure, and you’ll likely go home with a few very minor scrapes followed by sore muscles the next day to prove it.

Columbus-based Trek Network offers guided rock climbing and rappelling excursions throughout Ohio, including at Hocking State Forest’s dedicated rock climbing and rappelling area. Once we finish two separate climbs on Rectangle Rock, our guides set up the ropes for an easy beginner’s rappel. After that, we set off on the trail leading us to a perch looking out over the forest, where we’re readied for a 120-foot rappel next to Big Spring waterfall.

“Don’t look down, right?” I ask as I do just that. Our other guide smiles, directing me to turn around and lean backwards out over the edge. Taking those first few steps is the hardest part. But then, you’re walking down the rock face, until its gone. Next, you’re gliding through the air on a thrilling, self-controlled descent, surrounded by the beauty of one of Ohio’s most picturesque places.

For information about excursions, packages and pricing, call 740/777-2579 or visit treknetwork.com. 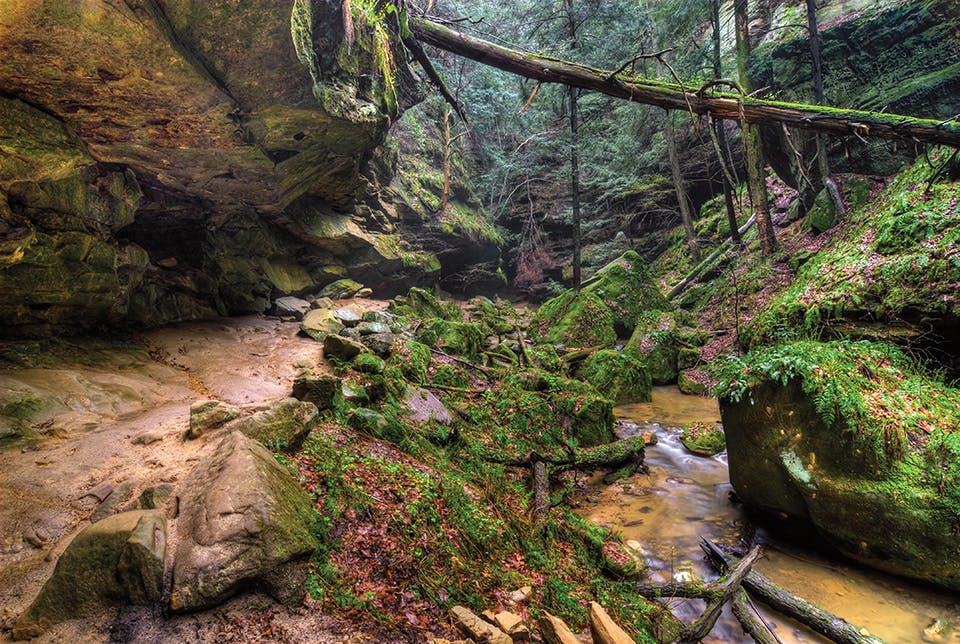 Hidden Gems of the Hocking Hills

These finds throughout the region offer lots to explore, including state nature preserves, a butterfly conservation center and more. READ MORE >> 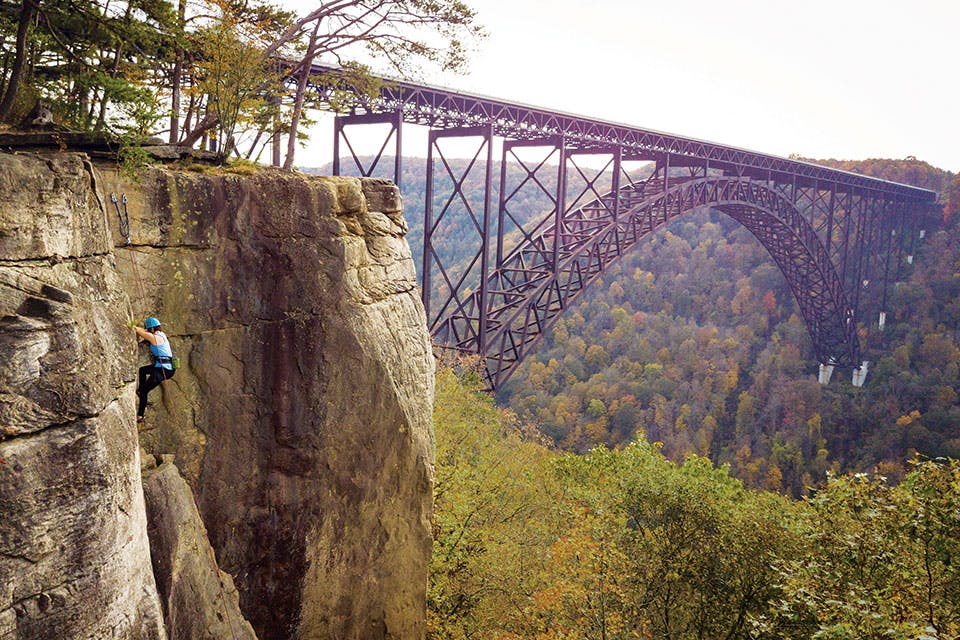 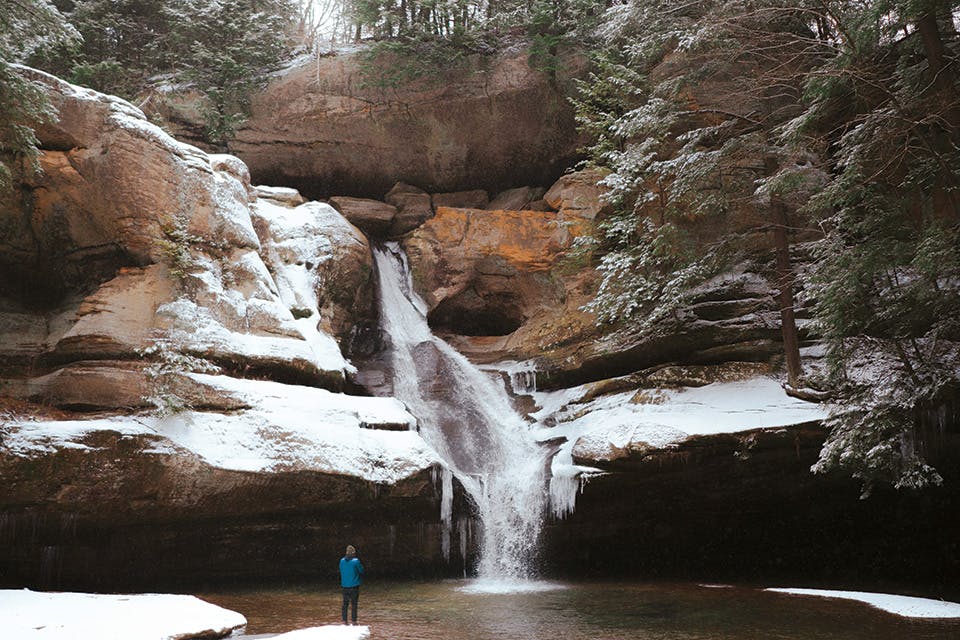 3 Waterfalls in Ohio to Visit this Winter

The Hocking Hills region is filled with waterfalls, and these three are particularly incredible once temperatures fall. READ MORE >>