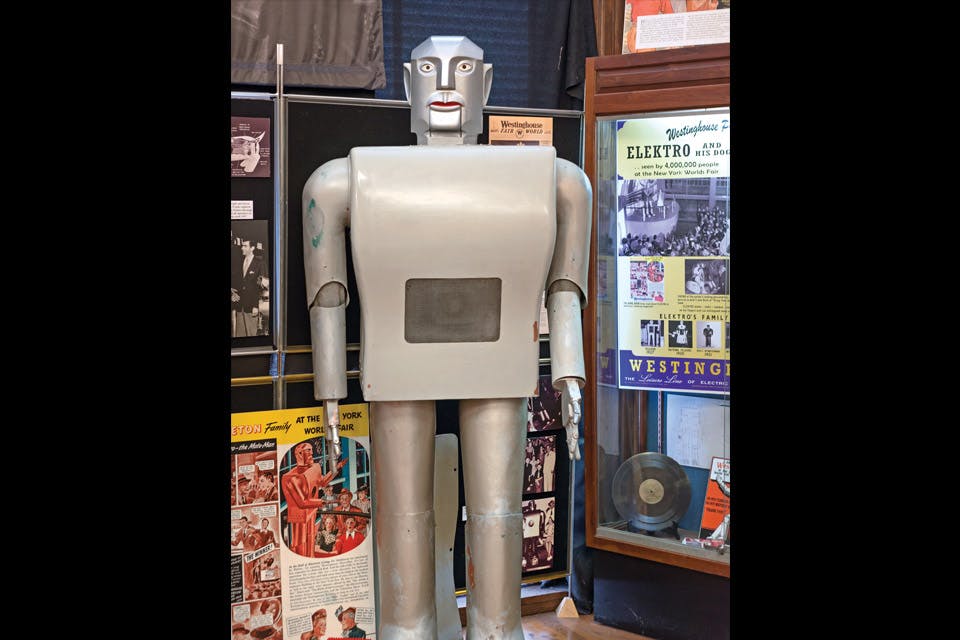 Check out a vision of the future — late 1930s style — in Mansfield.

He wasn’t graceful. Heavy and bald, the 7-foot-tall, 260-pound robot known as Elektro went on to become one of the most popular attractions at the 1939-40 World’s Fair in New York City.

Made by a team at Westinghouse Electric’s appliance division in Mansfield, Elektro could walk, move his arms and turn his head. He could also count on his fingers, smoke a cigarette and respond to basic commands.

“This is a huge deal in terms of the time period,” says Scott Schaut, curator of the Mansfield Memorial Museum. “There are no computers, there are no microchips, there are no transistors — it’s all vacuum tubes, photoelectric cells, telephone relays and frequency regulators.”

Following his stint at the World’s Fair, Elektro was featured at exhibitions across the country during the 1950s. After the robot was retired during the following decade, his head was removed and ended up in the home of a relative of a Westinghouse employee. But Schaut worked to return the robot — in full — to Mansfield. After Elektro’s body was found in storage, he was reassembled and put on display at the Mansfield Memorial Museum in 2004.

Although Elektro no longer functions, his silence belies an outspoken past. During a 1939 unveiling for members of the press and Westinghouse employees at the company’s Pittsburgh headquarters, Elektro one-upped CEO George H. Bucher during his introduction.

“Elektro turns his head and looks down at the CEO, and he says, ‘Quiet please, I’m talking,’” says Schaut. “The audience went absolutely nuts, because the new Westinghouse robot just told the CEO to shut up.”