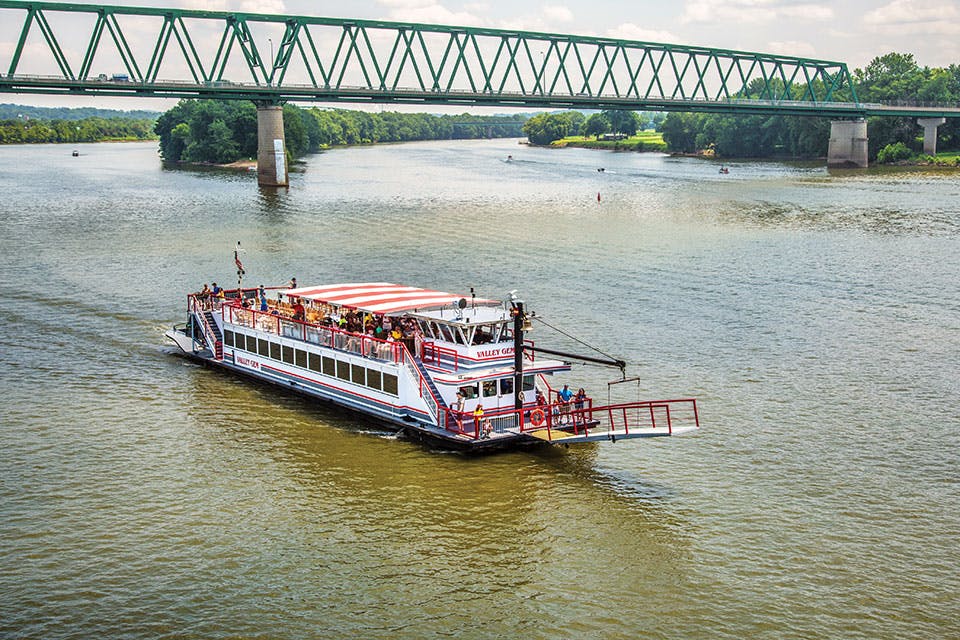 Take a trip into the past in Marietta, the first permanent settlement in the Northwest Territory.

The end of the American Revolutionary War brought opportunity west of the Ohio River. In 1788, a band of men known as the Ohio Company traveled to the frontier to set up a land office. They called the place Marietta in honor of French queen Marie-Antoinette, whose nation provided help in the battle for independence. Today, this river town’s long and rich history makes for a great day of exploring.

Valley Gem Sternwheeler: Enjoy an afternoon afloat by booking a trip on the Valley Gem, a modern sternwheeler that recalls the romantic heyday of riverboat travel. James and Peggy Sands began offering trips up down the Ohio and Muskingum rivers in 1989, and their operation remains a family business today. Whether you prefer a 90-minute narrated sightseeing tour, a themed dinner cruise or a longer excursion that lasts all day, no visit to this river town is complete without spending some time on the water. 601 Front St., Marietta 45750, 740/373-7862, valleygemsternwheeler.com

Campus Martius Museum: Located on the site of the stockade that the Ohio Company built for protection between 1788 and 1791, this museum tells the story of those who lived here through a variety of interesting artifacts and exhibits. Don’t miss the guided tours of the Rufus Putnam House, which still stands within the walls of the museum, to get a true glimpse of what life was like along the Ohio frontier. The original Ohio Company Land Office is also located on the museum’s grounds. 601 Second St., Marietta 45750, 740/373-3750, mariettamuseums.org 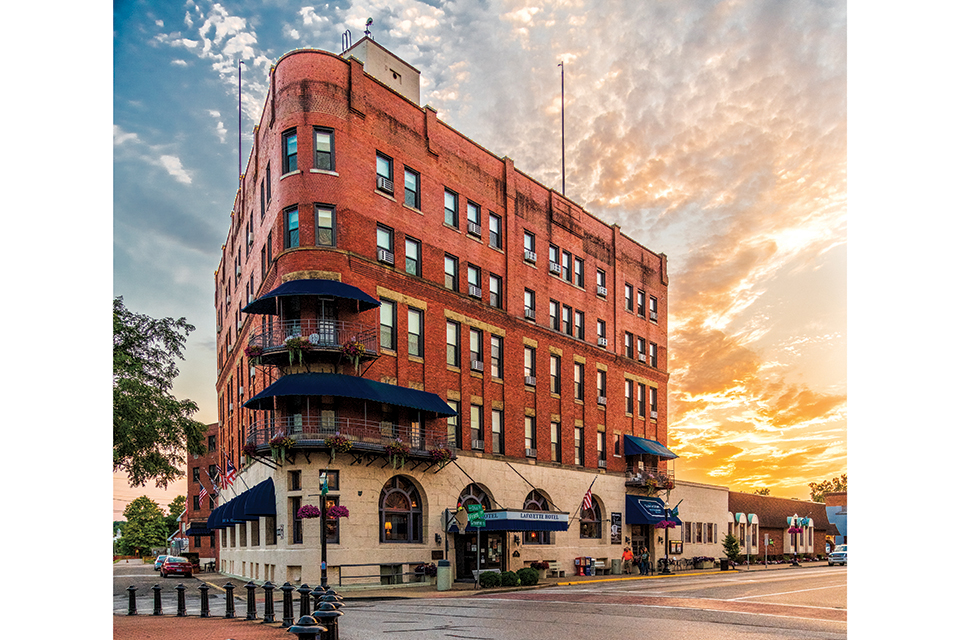 Lafayette Hotel: In 1892, the four-story Bellevue Hotel rose along Front Street near the banks of the Ohio River, boasting such luxuries as 55 steam-heated rooms, call buttons and hot (or cold) baths. A fire destroyed the place in 1916, but a local businessman rebuilt and reopened the property two years later as the Lafayette Hotel (named in honor of an 1825 visit to Marietta by France’s Marquis de Lafayette). The classic hotel retains a historic feel in its 77 guest rooms, while offering an on-site restaurant and modern amenities that travelers expect. 101 Front St., Marietta 45750, 740/371-7035, lafayettehotel.com

The Levee House Bistro: There is just one riverfront structure original to Marietta still standing, and you’ll find it along Ohio Street. Previously serving as a dry goods store, hotel, tavern and restaurant, the property — built sometime around 1826 — is today known as The Levee House Bistro. Reserve a table in the dining room or enjoy a meal on the small patio that offers a view of the Ohio River. Lunch offerings span sandwiches, burgers, flatbreads and salads, while the dinner menu features entrees such as crab cakes and pork chops. 127 Ohio St., Marietta 45750, 740/371-7035, leveehousebistro.com

Mound Cemetery: Marietta’s founders dedicated this cemetery in 1801 to protect the Great Mound (or Conus), a 30-foot-high earthwork that Native Americans built more than 2,000 years ago. Today, the Great Mound is surrounded by graves that help tell the city’s story. Gen. Rufus Putnam, the leader of the Ohio Company, is buried here, along with three dozen other veterans of the American Revolutionary War. (It is believed more officers of that war are interred here than any other cemetery in the country.) Located at the intersection of Scammel and Fifth streets, Marietta 45750 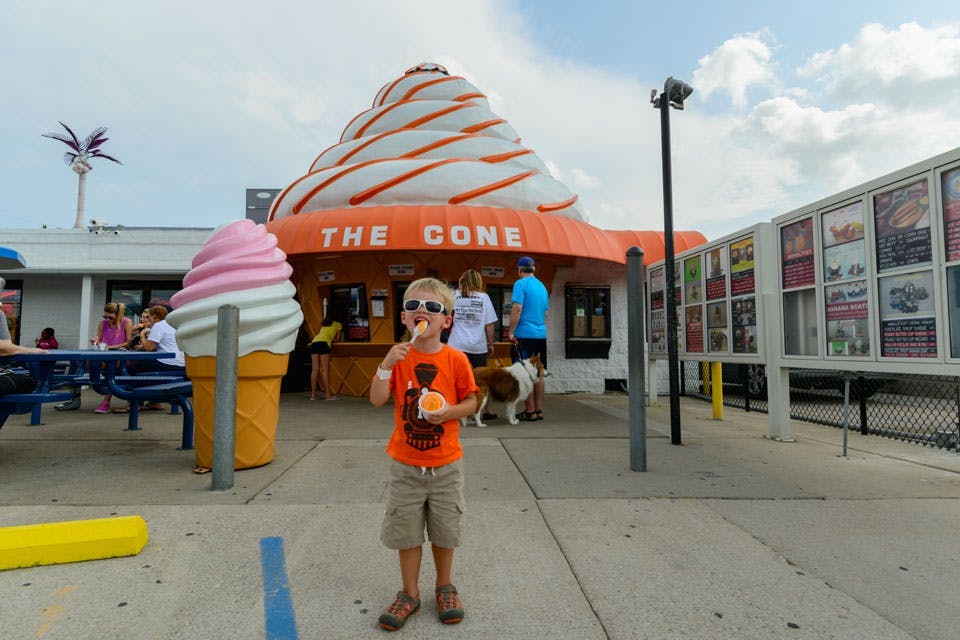 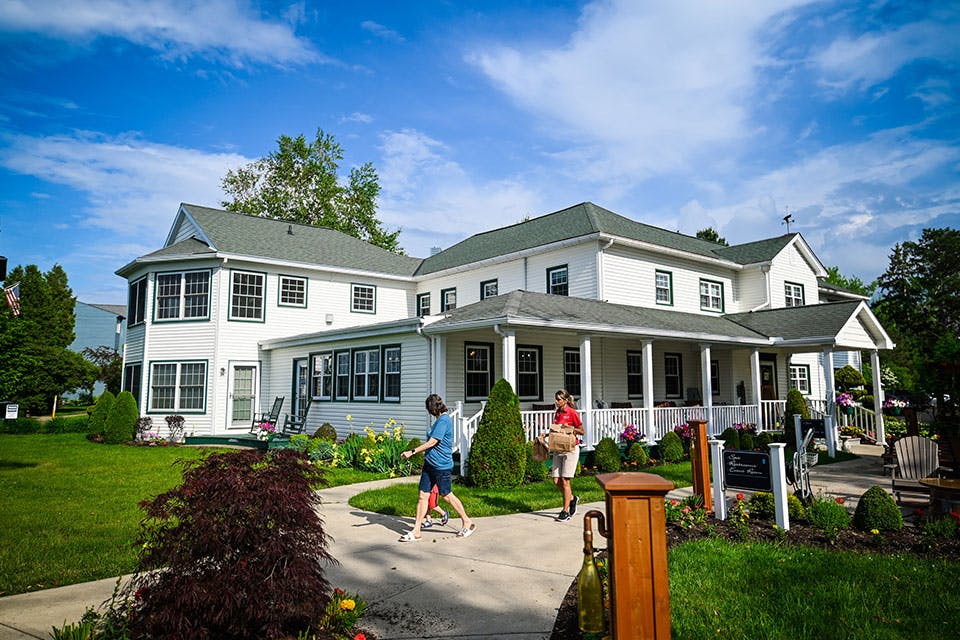 Stay at these Ohio Wineries

PARTNER CONTENT WITH OHIO WINES LOVE AT FIRST SIP: These wineries across Ohio offer overnight accommodations. Check out the Ohio wine guide for more options around the state. READ MORE >>