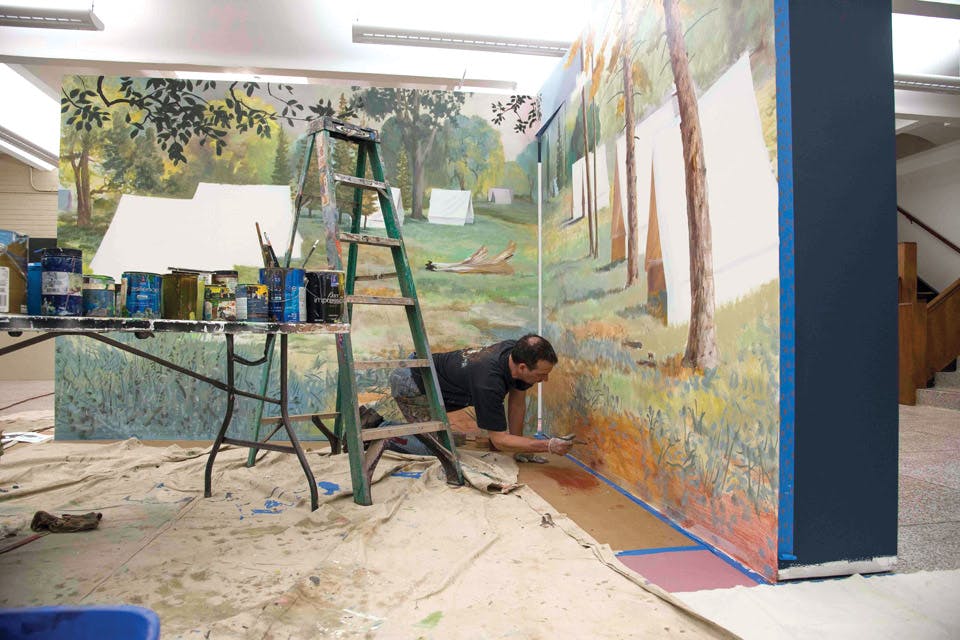 Revamp of Fremont's Rutherford B. Hayes home and library coincides with bicentennial celebration.

Four months ago, Fremont’s Rutherford B. Hayes Presidential Library & Museums closed the doors of its exhibit galleries to revamp and modernize its lineup as part of a $1.5 million upgrade. On May 28, visitors will get their first opportunity to see the result, and on May 29, veteran journalist and author Cokie Roberts will speak at the Centennial Celebration for the former home of our 19th president. “It’s going to be quite a celebration,” says curator of manuscripts Nan Card. “It was the first presidential library, and it became the model for later presidential libraries.” We recently talked with Card and collections manager Mary Lou Rendon about some of the Presidential Library & Museums’ new additions.

Fine Furnishings: In 1880, Queen Victoria of England gifted The Resolute Desk to Rutherford B. Hayes. Built from the timbers of a British exploring ship named Resolute, the desk currently resides in the Oval Office. The Presidents’ Gallery will feature a replica of the desk, where guests are invited to open the drawers and search through presidential speeches from commanders-in-chief stretching from George Washington to George W. Bush. “It’ll be an elegant room,” says Card, “but at the same time, it will be available for students and families to really enjoy what it must have been like to be president.”

Family Matters: Hayes’ dedication to his family is emphasized in pieces throughout the galleries. Visitors can read letters between Hayes and his wife, Lucy, and learn about the family’s trips to Lake Erie. With the recent renovations, a diorama depicting Hayes’ service during the Civil War has been updated to include information about Lucy’s search for him when he was injured. “This really brings out their relationship, how close they were and how devoted they were to each other,” says Rendon.

Interactive Exhibits: The collections now feature interactive elements rather than just static displays. In the Civil War gallery, guests can hold a replica rifle from the era or put on a 46-pound haversack to feel what it was like for soldiers to carry everything from gunpowder and lead to kitchen utensils and sewing kits on their backs. “It helps them experience and relate better to the past,” says Rendon. “We’re trying to tell a story that took place a long time ago, and we want to engage people, and we think it will be a better experience for them.”