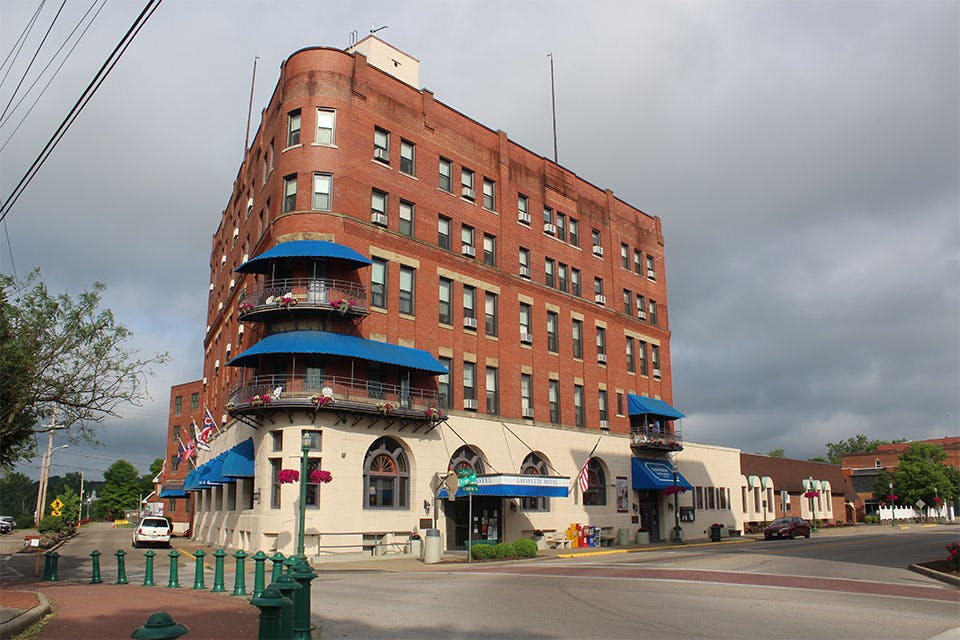 Marietta’s historic riverfront hotel has a long history and plenty of ghost stories. Book a room — or a tour with Hidden Marietta — to see the place for yourself.

Although the city of Marietta’s riverside hotel originally opened in 1892 as the Bellevue Hotel, a fire destroyed the place in 1916. It was rebuilt within two years, and the new structure was named The Lafayette Hotel in honor of France’s Marquis de Lafayette, who visited Marietta in 1825 during his tour of the United States. Photos lining the lobby walls offer a glimpse of what the hotel once looked like. Over the years, a ballroom and restaurant were added.

“When you run a historic hotel, you want to update it, yet you want to keep the historical features … and that’s where you have the fine line of what you change and what you don’t,” says Sheila Rhodes, the hotel’s general manager. “We’ve always tried to remodel it but keep the charisma, the character that the hotel has always had.”

The hotel’s third floor is said to be the most haunted and many guests have recounted paranormal experiences to Rhodes over the years. The Hoag family, who once owned the hotel, is said to still check up on the place. One patron had a sandwich go missing, only for it to reappear the next morning on the coffee table. Another left their hotel room door open just a crack to get ice down the hallway. When he returned, the door was shut. The same patron was in the shower when the shower went ice cold for a moment. Some also report seeing a woman in Victorian-style clothing in the hotel.

Rhodes says she has never had anyone report anything scary happening and most supernatural reports are innocent or funny. Those interested in experiencing The Lafayette Hotel for themselves can either book a room or visit with Hidden Marietta, which offers public and private tours throughout the historic town.

“Talking with guests, if someone says that they’ve experienced something, it’s [usually] on the third floor,” Rhodes says. “A lot of people think that it’s Mr. Hoag still kind of watching over his hotel and making sure things are as they should be.” 101 Front St., Marietta 45750, 740/373-5522, lafayettehotel.com