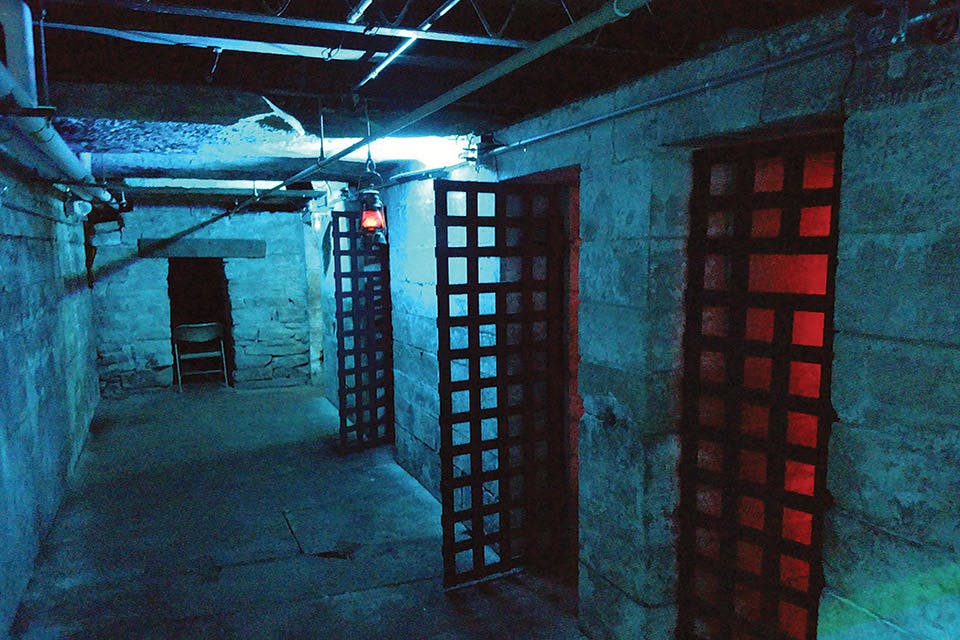 Sandusky County built a dungeon in the 1840s after prisoners kept escaping from its above-ground jail. Today, you can visit the space and explore the odd tales tied to it.

Sandusky County built a dungeon in the early 1840s, after local officials realized the problem with their above-ground jail. Because it had dirt floors and wooden barriers, prisoners often escaped. One of them was George Thompson, who became the dungeon’s first resident after repeatedly making a break for it.

Prisoners saw little daylight in the subterranean space, with the only illumination coming from kerosene lamps. Despite the terrible conditions, the dungeon was used for more than a decade before it was finally shuttered. Today, the Sandusky County Courthouse sits atop part of it, and guided tours of the Sandusky County Historic Jail & Dungeon have been offered since 2013.

“It’s like stepping through a time portal. When you open that door, and you go into the dungeon area, it literally feels like you stepped back into the 1840s,” says David Thornbury, marketing specialist at the Sandusky County Convention & Visitors Bureau, which oversees the tours.

After hearing of paranormal accounts from courthouse staff, the Ohio Researchers of Banded Spirits did a paranormal investigation of the dungeon. Afterward, the county talked to them about offering paranormal tours. Thornbury says the courthouse security system at times captures evidence of seemingly supernatural activity, too.

“At 2 or 3 in the morning, there will be a motion alarm that triggers, and it starts right outside the dungeon door in the hallway,” he says. “A lot of time, it will go up through the steps and it will trigger on the first floor of the courthouse.”

Despite the alarms, officials find no one on the camera footage. Other times, a shadowy figure with a brimmed hat is seen sitting on a bench on the courthouse's first floor. County employees have also heard voices and footsteps in the building, and a fire alarm was once pulled when no one was near it. One visitor took a selfie during a Dungeon Descent tour, only to later uncover something eerie about the photograph.