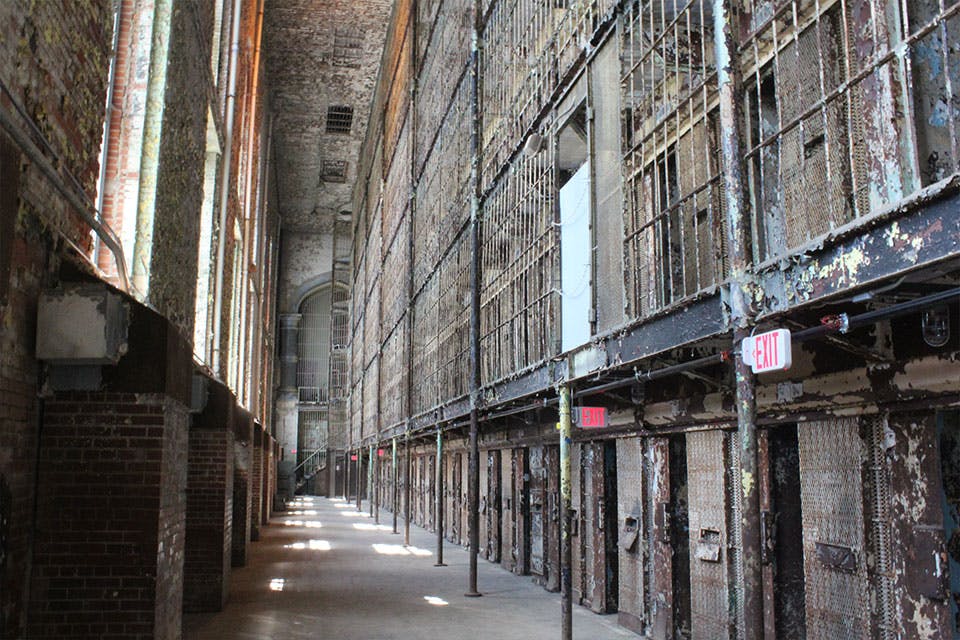 The Mansfield prison made famous in the 1993 film “The Shawshank Redemption” dates back to 1896. Visitors can walk its hallways in search of the specters still said to live there.

The Ohio State Reformatory opened in 1896, following 10 years of construction. The building initially housed first-time offenders, who were transferred to Mansfield from Columbus and given the support and structure to right their lives.

But by the 1970s, the prison had become a maximum-security facility, with those held here spending most of their days in cells as small as 8-by-5 feet. Inmates ultimately sued because of the poor living conditions and won. By Dec. 31, 1990, the last prisoners were transferred to a different facility and the reformatory closed its doors.

The building sat empty for several years, although it was famously used as the backdrop for the Oscar-nominated film “The Shawshank Redemption” in 1993. In 2000, the Mansfield Reformatory Preservation Society purchased the property for a single dollar. The organization began restoring the prison and opened it to the public for tours and paranormal investigations as a way to raise money for ongoing restoration efforts.

“It seems that certain buildings are always haunted: prisons, hospitals, schools and theaters,” says Greg Feketik, lead paranormal investigator at the Ohio State Reformatory. “There’s a lot of energy and a lot of emotion in those places, and there are people who believe that the energy will stay there, or people will not leave there after they pass on.”

Shadowy figures have been seen roaming the building and peeking around corners and out of cells. The sound of chains dropping to the floor, growling, footsteps and church bells have all been heard in specific areas of the prison, while other reports detail phantom smells, disembodied voices and balls of light. Feketik says he has experienced paranormal events here firsthand, such as having his arms and keys pulled on when no one is around. In fact, such happenings don’t bother him much anymore.