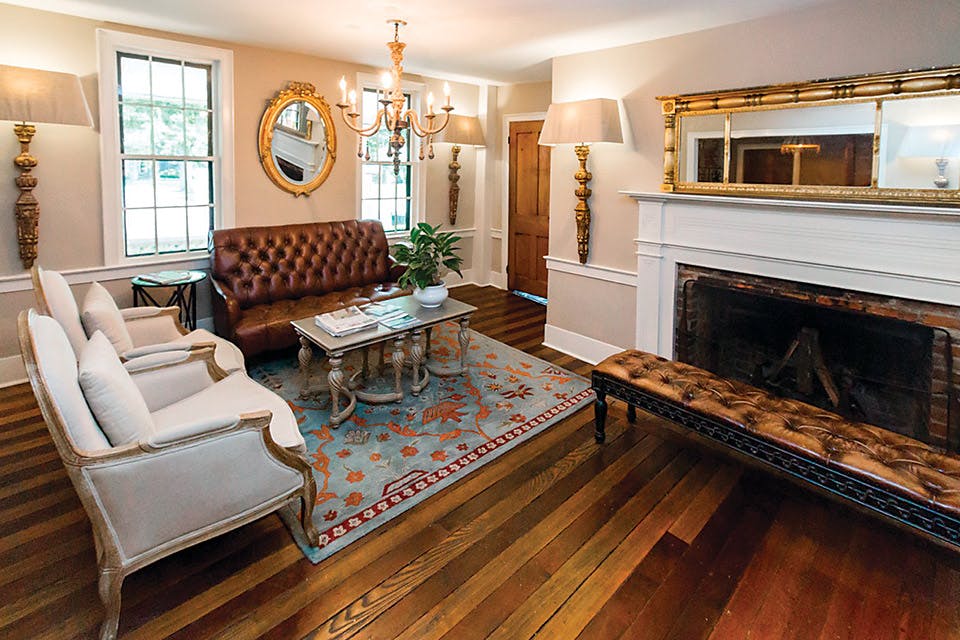 Granville’s Historic Buxton Inn has welcomed famous guests ranging from Abraham Lincoln to Henry Ford. The property is spiritually active with a cast of characters tied to its past.

The Historic Buxton Inn was built in 1812 and known as The Tavern for many years before serving as the final stop on a stagecoach line heading west into Columbus. Over the years, it has welcomed famous guests ranging from Abraham Lincoln to Henry Ford and served as a place of safety for those seeking freedom on the Underground Railroad.

Given that long history, the inn also has its share of paranormal activity, although inn manager Jennifer Valenzuela likes to call the place “spiritually active” rather than haunted, which she says is a more accurate description of how the resident ghosts behave.

“A lot of people throughout the course of the inn’s history put their life into working [here], into making sure that it’s wonderful,” she says. “They cared so deeply … so it makes sense, to me at least, that they would, even in their death, come back and check on it.”

One of the inn’s former owners, Ethel “Bonnie” Houston, became known as The Lady in Blue after her apparition was spotted in a light blue dress a few times. Valenzuela says the ghost is known to evoke the scent of gardenias, even in the dead of winter. Houston’s cat is said to appear in Room 9, which used to be the inn owner’s apartment. (The cat is said to jump on the bed and cuddle up with whomever is spending the night in the room.) Major Buxton, the previous owner for which the inn is named, has been spotted accompanied by the smell of cigar smoke.

The Historic Buxton Inn encourages its guests to explore the property and learn about the history of the spirits said to reside there during its Ghostory Tours. (They were recently only available through private bookings, but public tours were reinstated in mid-September.) Valenzuela says the inn’s closure during the pandemic led to increased paranormal activity.