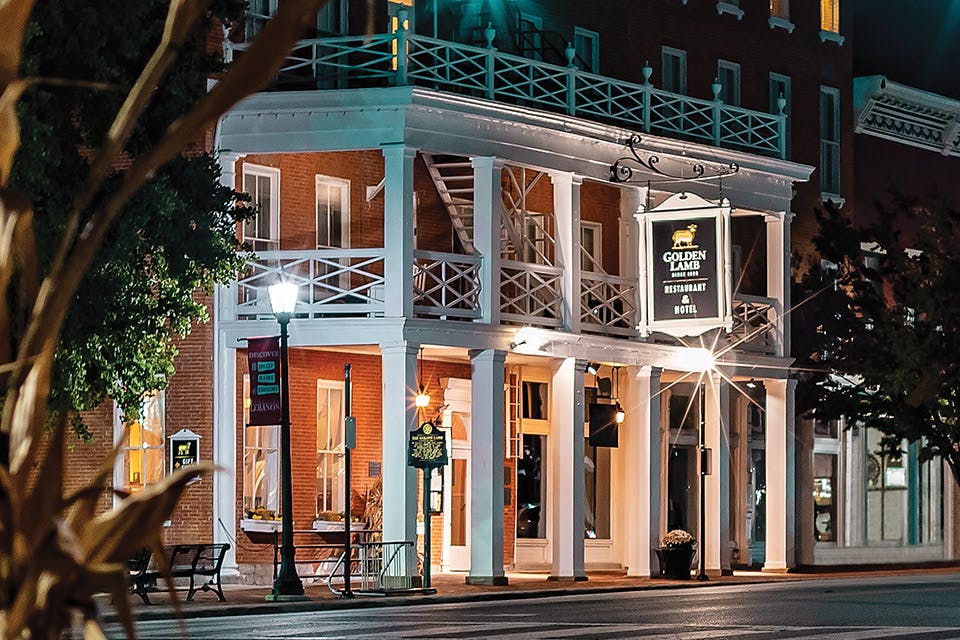 Ohio’s oldest continuously operating business dates back to 1803. Visitors over the years have included 12 U.S. presidents, but its Sarah Stubbs’ story that sticks with you.

Opened in 1803, the Golden Lamb is the oldest continuously operating business in Ohio. It was a popular stopping point along the stagecoach line heading north from Cincinnati, and people once traveled to the city of Lebanon to reach the National Road, now known as U.S. 40.

The property has hosted many famous guests over the years, including 12 U.S. presidents, and authors Charles Dickens and Harriet Beecher Stowe. (Guest rooms are even named after some of the well-known figures who have visited.)

But that long history also comes with ghost stories, and one of the inn’s resident spirits is a little girl named Sarah Stubbs. She lived at the Golden Lamb in the late 1800s, while her uncle ran the inn. Although she lived to an old age, her ghost appears as a 5-year-old child. Golden Lamb historian John Zimkus says some people believe that a traumatic event can lead spirits return to Earth at an earlier age.

“In her case, when she’s five, her dad dies and she loses her home,” he says. “So, under that theory, even though she was 79 when she died, she could be a 5-year-old girl walking through the halls.”

Visitors can see a replica of Sarah’s room at the inn, and stories of the girl’s apparition are woven into the property’s history. Sarah’s spirit is said to have once approached a guest to pet her fur coat. When she was told to stop, the girl wandered off and and was not seen again. One guest reported tripping and falling outside of his room, only to hear a young girl laughing at him in the empty hallway. Another story recounts how a family eating at the restaurant was waiting for a table at the restaurant when their son asked to play with the little girl on the stairs. When the parents looked to where their child was pointing, there was no one there.