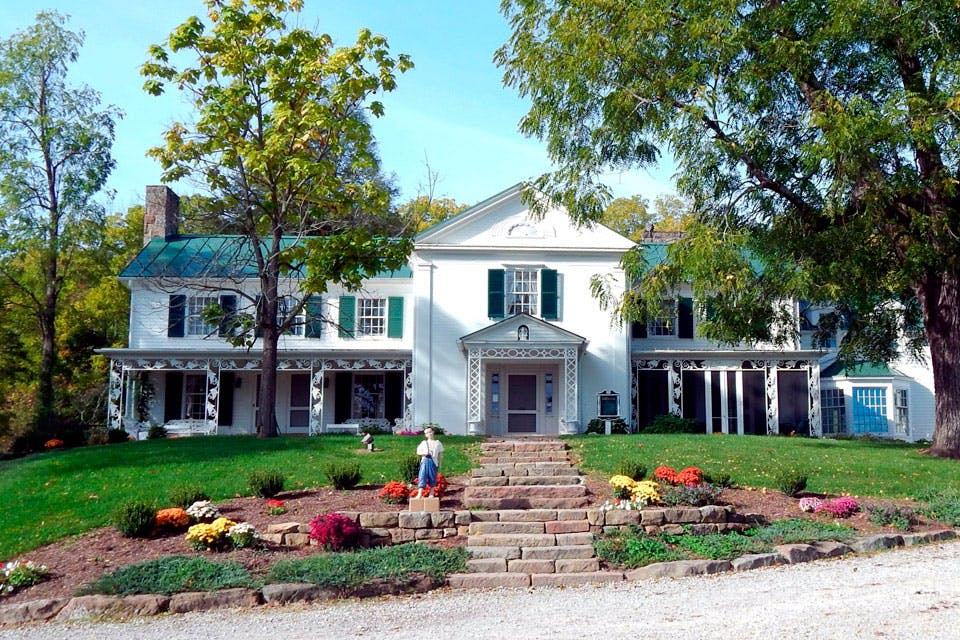 Learn about our literary masters at these destinations that celebrate the lives of great Ohio writers.

Given that conviction, it’s easy to see why the Buckeye State is replete with authors who wax poetic about the people, places and causes they are passionate about.

“Our state’s rich melting pot of cultures provides irresistible subject matter,” says Amy Dawson, manager of the Ohio Center for the Book, located in the Literature Department of the downtown branch of the Cleveland Public Library. “Ohio’s diverse landscape of farms and cities fosters an independent spirit that rolls out the welcome mat for writers of all genres.”

1. Paul Laurence Dunbar House: The son of former slaves, Paul Laurence Dunbar was the first African-American poet to earn international recognition for his verse describing the challenges of the post-Civil War era. The Dayton native’s legacy, which includes more than 400 poems and six novels, is showcased in the home where he lived from 1904 until his death from tuberculosis in 1906 at age 33. “Dunbar was a rock star of his day,” says site manager Gregg Smith. “His poems describing love and the trials and tribulations of life were written in a vernacular that could easily be set to rap music today.” 219 N. Paul Laurence Dunbar St., Dayton 45402, 937/224-7061, nps.gov/daav

2. Thurber House: No matter where life took him — to Paris as a correspondent for the Chicago Tribune or New York to lend his humor to The New Yorker, Columbus native James Thurber never forgot about Ohio. Thurber House, where the then-fledgling writer lived from 1913 to 1917 while attending The Ohio State University, serves as the setting for a number of his humorous essays, and the author’s bedroom looks just as it did a century ago, right down to the Underwood No. 5 typewriter. “The subjects he wrote about and illustrated — human relationships, our love for animals — haven’t changed,” says Anne Touvell, the home’s deputy director. 77 Jefferson Ave., Columbus 43215, 614/464-1032, thurberhouse.org

3. National Road & Zane Grey Museum: Zanesville native Zane Grey is best remembered for the 80-plus novels he penned about life in the Old West. This museum traces the history of the National Road, America’s earliest link between the East Coast and the western frontier, and its connection to the novelist. “Zane Grey valued Native Americans,” says Joanna Duncan, the museum’s education director. “They were love stories based in the West. The tales not only featured heroes but also heroines, which made them appealing to women as well as men.” 8850 E. Pike, Norwich 43767, 800/752-2602, ohiohistory.org

4. Malabar Farm State Park: He palled around with the likes of James Cagney and Olivia de Havilland. But in 1938, Hollywood screenwriter, Pulitzer Prize-winning author and Mansfield native Louis Bromfield returned home to build Malabar Farm. Focal points of his 32-room Big House include more than 75 photos of movie stars who visited and the bedroom where Humphrey Bogart and Lauren Bacall spent their wedding night. “A farmer at heart, Bromfield was alive during the Dust Bowl,” says site manager Korre Boyer. “He knew the key to our existence lies in caring for the land we have.” 4050 Bromfield Rd., Lucas 44843, 419/892-2784, malabarfarm.org

5. Clyde Museum: It’s been 98 years since Winesburg, Ohio, was published, but residents of Clyde have never forgotten its author, Sherwood Anderson. His most famous work centered on the hypocrisy and loneliness Anderson believed were inherent in the Sandusky County town where he lived from age 8 until 20. “Winesburg, Ohio, was published in an era when morality was a big issue, so Anderson’s exposure of decadence wasn’t acceptable,” says Gene Smith, curator of the Clyde Museum that displays first editions of Anderson’s pivotal novels and other artifacts tied to the author’s life and work. 124 W. Buckeye St., Clyde 43410, 419/547-7946, clydeheritageleague.org