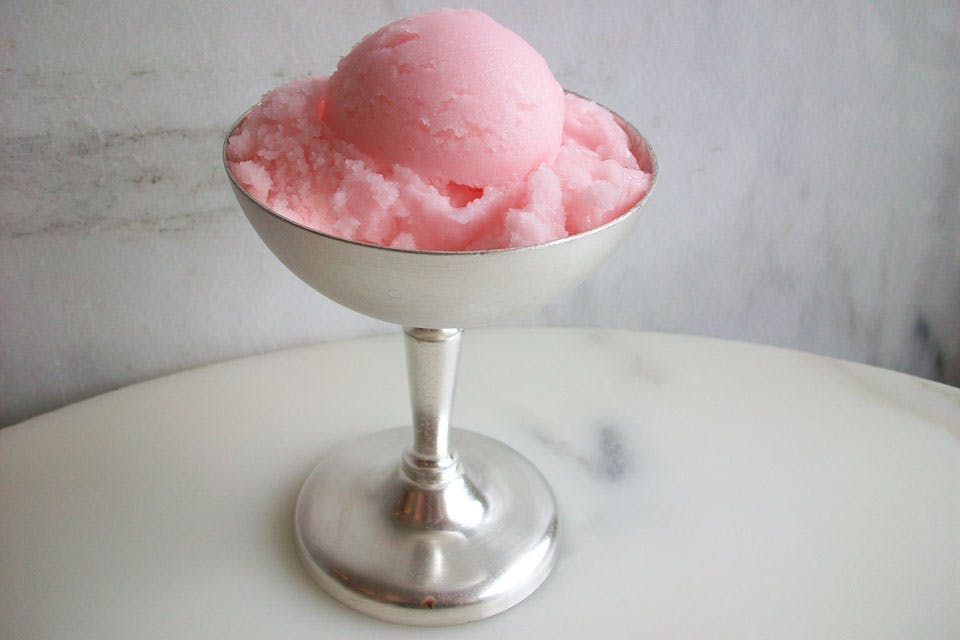 When you want your sundae topped with a heaping scoop of nostalgia, here’s where to go.

It’s the ultimate comfort food guaranteed to bring a smile. Ice cream parlors around the state take that philosophy seriously and make it their mission to concoct flavors for every palate and mood. From a simple vanilla cone to a sundae that’s a meal unto itself, these five places are guaranteed to lift your spirits and sweeten your day.

1. Tom’s Ice Cream Bowl • Zanesville: Step inside Tom’s Ice Cream Bowl and it’s the 1950s all over again. There’s a jukebox, counters filled with candy and clerks wearing white shirts and bow ties. (The name honors Tom Mirgon, who opened the business in 1948.) “We only have 10 spaces at the counter and 12 booths,” says owner Joe Baker. “It’s a nice atmosphere.” Baker makes all of the 24 flavors Tom’s carries, which amounts to 2,000 gallons a month. Favorites include Chocolate Caramel Marshmallow Fudge — lusciously reminiscent of a Milky Way bar. “I create flavors I would want,” Baker says. “My goal is to make people happy.” 532 McIntire Ave., Zanesville 43701, 740/452-5267, tomsicecreambowl.com

2. Taggarts Ice Cream Parlor • Canton: The high-backed booths here are the same ones Joe Taggart installed when he opened the place in 1926, and the shop’s signature dish has delighted customers for nearly as long. Weighing in at three-quarters of a pound, The Bittner is a blend of vanilla ice cream smothered in chocolate syrup and sprinkled with roasted pecans. It was added to the menu in 1931. “The sweetness and saltiness caught on,” says owner Mindy Mullaly, whose parents purchased Taggarts in 1998. “Many people make it a meal.” The shop features 16 flavors, including Mullaly’s favorite, mint chocolate chip. 1401 Fulton Rd. NW, Canton 44703, 330/452-6844, taggartsicecream.com

3. Dietsch Brothers • Findlay: For Erika Dietsch-Brokamp, managing Dietsch Brothers is more than a job. It’s a family affair dating back to 1937, when her grandfather and uncles launched the business. “Who wouldn’t want to work in an ice cream store?” she says with a grin. “I’m proud to carry on the tradition.” In addition to the 40 flavors the shop is known for, Dietsch Brothers also makes chocolates that appear in their ice creams. “We go the extra mile to see what our customers want,” Dietsch-Brokamp says. “ ‘Kinda good’ is not good enough.” 400 W. Main Cross St., Findlay 45840, 419/422-4474, dietschs.com

4. The Village Parlor • Lebanon: The scent of fresh waffle cones greets visitors drawn here by Aaron and Michelle Zwelling’s ice-cream concoctions. The shop, which opened in 1969, carries 28 flavors made by Columbus’ Johnson’s Real Ice Cream, and the Zwellings find innovative ways to combine them. “Our focus is on creating masterpieces out of ice cream,” Aaron says. Favorites include the Lemon Raspberry Cloud (lemon ice cream topped with a mixture of black raspberry puree and whipped cream). 22 S. Broadway St., Lebanon 45036, 513/932-6918, villageparlor.com

5. Aglamesis Brothers • Cincinnati: To Randy Young, president of Cincinnati ice cream-maker Aglamesis Brothers, the company’s motto — “ice cream and candy made the sincere way” — is more than a slogan. It’s the philosophy his step-grandfather, Thomas Aglamesis, adhered to after immigrating to Ohio from Greece in 1901 and launching the business seven years later. “We make our ice cream in 10-gallon batches, a small amount that ensures a consistent texture and rich flavor,” Young says. “[And we] use 40-percent heavy cream.” The extra-chunky chocolate chips also add to the popularity of flavors such as double chocolate chip and mint chocolate chip. “It’s like finding buried treasure,” Young says. 3046 Madison Rd., Cincinnati 45209, 513/531-5196, aglamesis.com