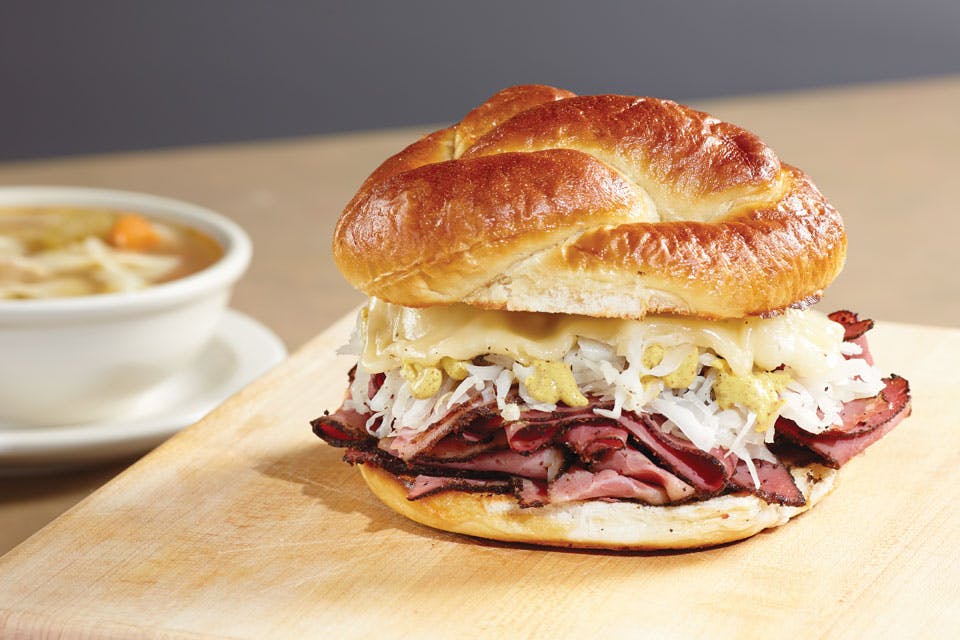 Corned beef never goes out of style. You won’t go wrong ordering it (or anything else) at these beloved Ohio delis.

Izzy’s, Cincinnati: This Cincinnati favorite became the first Jewish deli west of the Alleghenies when it opened at Sixth and Vine streets in 1901. The magnetic personality of Izzy Kadetz lives on today at seven locations across southwest Ohio and northern Kentucky (we suggest visiting the one on Elm Street). Each sandwich — including its lineup of nine “world’s greatest Reubens” — is served with a potato pancake. 800 Elm St., Cincinnati 45202, 513/721-4241, izzys.com

Corky & Lenny’s, Woodmere: The original Corky & Lenny’s opened in 1956 to bring a New York-style deli to the east side of Cleveland. It expanded to its current Chagrin Boulevard location in 1973, where the aroma of baked goods and breads still greets customers who flock here for the full-service deli, made-in-house pastries, crunchy pickles and matzo ball soup. 27091 Chagrin Blvd., Woodmere Village 44122, 216/464-3838, corkyandlennys.com

Katzinger’s Delicatessen, Columbus: Located in Columbus’ German Village neighborhood, Katzinger’s has been serving creative New York-style deli sandwiches with a boat of pickles on the side (help yourself from one of the barrels inside the shop) since 1984. Along with a menu of from-scratch sandwiches and Jewish specialties such as latkes, blintzes and kugel, Katzinger’s also sells meats, wines and cheeses. 475 S. Third St., Columbus 43215, 614/228-3354, katzingers.com

Slyman’s Restaurant, Cleveland: This spot has served up huge corned beef sandwiches since 1964. The lunch rush here is real, but well worth the wait. Grab a seat in the dining room and dig into one of the restaurant’s famous corned beef sandwiches or other deli favorites such as pastrami, roast beef and ham. Franchise locations have popped up in the suburbs, but this downtown spot is the one to visit. 3106 St. Clair Ave., Cleveland 44114, 216/621-3760, slymans.com