If you want to make your big day an in-state getaway, check out these four architectural gems.

When the desire for finding a special place to celebrate their wedding takes couples outside of their hometowns, landmark buildings promise a sense of glamour and history. From modern museums to historic halls, architectural finds abound throughout Ohio. Even more, they provide beautiful backdrops for the photographer capturing the occasion. These four spots can help you take the big day to a new level.

THE HISTORY: From 1839 to 1860, construction on the Ohio Statehouse saw a series of five principal architects, each with a slightly different vision. The designers avoided Western European styles in favor of the classical Greek and Roman architecture of the Early Republic. Though the first wedding took place at the Ohio Statehouse in 1870, the second didn’t happen until 2007.

THE SPACE: Once merely a connecting room to the circa 1901 annex, the Statehouse atrium plays host to wedding receptions of up to 275 guests and offers a view of the building’s different architectural styles. To the west, the edifice of the Statehouse features dramatic Greek revival columns, while the senate building to the east reflects a neoclassical style. “If you put a bright linen with it or you do some simple up-lighting, those little things bring out the room,” says wedding and special events coordinator Sophie Chase.

THE PHOTO: The Statehouse rotunda’s massive arched doorways, ornate ceiling and tiled granite floor provide a beautiful backdrop not only for wedding ceremonies, but for portraits of the newlyweds as well. “The rotunda is popular with everybody — doing a fish-eye shot where you can see the stained glass in the ceiling,” says photographer Mike Lotz, who co-owns the business Mike & Kim with his wife. 1 Capitol Square, Columbus 43215, 614/466-2251, ohiostatehouse.org 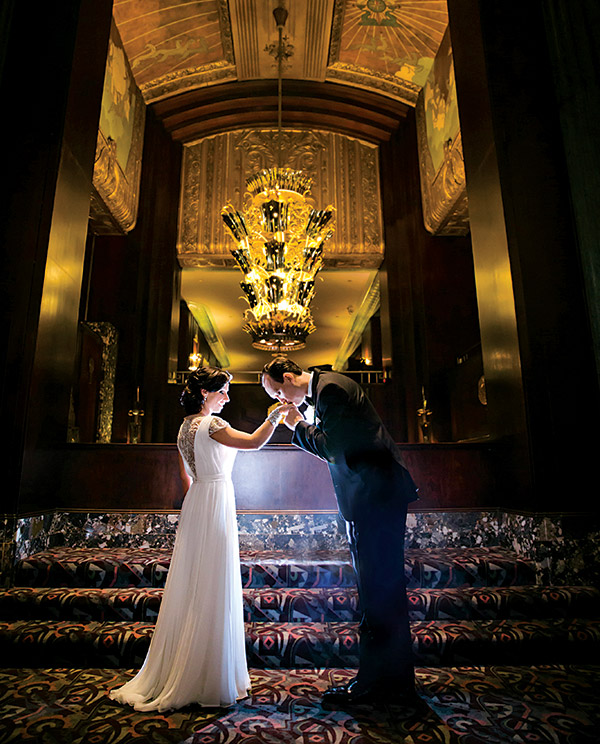 THE HISTORY: Opened in 1931, this downtown landmark is one of the few remaining examples of French art deco architecture in the U.S. Murals depict the four seasons and French countryside, while bulbs hidden within sconces and chandeliers mimic natural light.

THE SPACE: The most popular of the hotel’s three ballrooms is the 350-capacity Hall of Mirrors. “A lot of brides want the star effect on the ceiling … like you’re looking at the night sky,” says director of catering Kathy Ray, referring to one lighting option. The room’s gold-plated mirrors also reflect the space’s warm French fleur de peche marble. The hotel’s original nightclub, The Pavillion Caprice, resembles a 1930s ocean liner and can hold 500 guests. Those looking for a more intimate space can opt for the Continental Ballroom, which accommodates 150.

THE PHOTO: Jonathan Gibson, owner of Jonathan Gibson Photography, often leads couples to the second floor to capture them alongside the hotel’s distinguishing ornamentation. “When you pan back to do a wide-angle shot, you can get the couple within these murals and gold-leaf decorative elements,” he says. 35 W. Fifth St., Cincinnati 45202, 513/421-9100, cincinnatinetherlandplaza.hilton.com 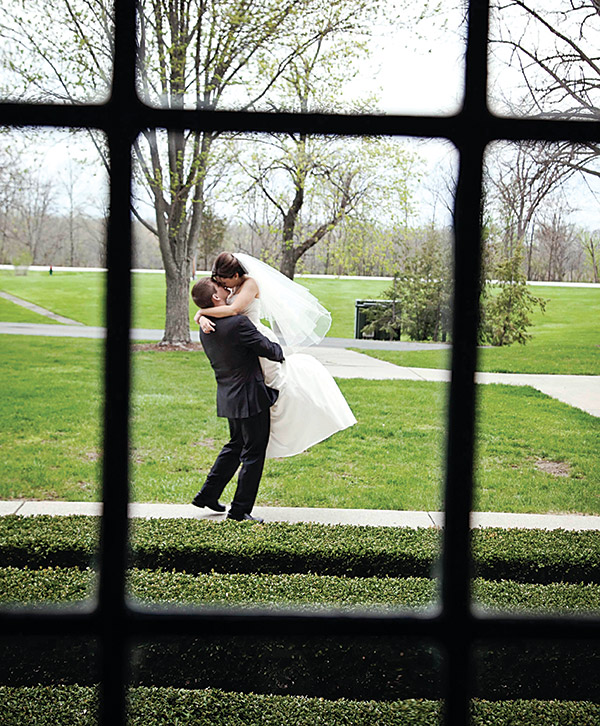 THE HISTORY: Built in 1927, the massive, brick Nazareth Hall got its start as an all-boys Catholic boarding school run by the Ursuline Convent of the Sacred Heart Toledo. “The chapel is authentic to what it used to be,” says Megan Thomas, Nazareth Hall’s catering, sales and event manager. “It’s all original pews, the same altars, the same stained-glass windows.”

THE SPACE: Ceremonies take place in the now-nondenominational chapel or outdoors at the grotto, which was built in 1929 from coral imported from the Mediterranean Sea. The Riverview Library hosts receptions as small as 55 guests, while Ladyglen East Ballroom can host 300. The school’s former cafeteria, known as Cadet West, boasts terrazzo floors and marble columns. It seats 225 guests and features floor-to-ceiling arched windows with original stained glass. “I’ve heard people coin it the ‘Beauty and the Beast’ room,” Thomas says.

THE PHOTO: Nazareth Hall lends itself to dramatic photos with a vintage feel. “Particularly in Cadet West, it’s breathtaking,” says Julie Paszczykowski, owner of JP Photography. “[The] windows are stunning.” She often shoots through the bay windows to capture the bride and groom on the outside. “It’s like I’m peeking in on them when they’re having a private moment,” she says. 21211 W. River Rd., Grand Rapids 43522, 419/832-2900, nazarethhall.com 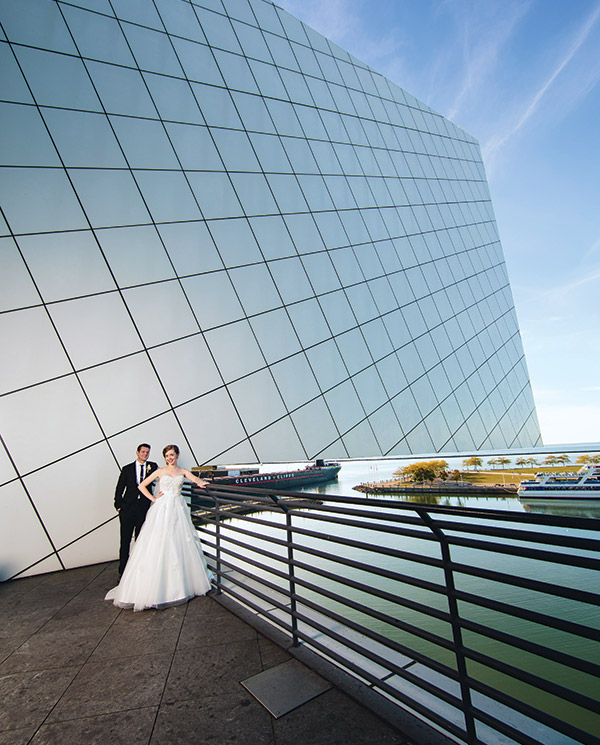 The Rock and Roll Hall of Fame and Museum, Cleveland

THE HISTORY: Ever since the Rock and Roll Hall of Fame and Museum’s glass pyramid and white towers opened alongside the Lake Erie shore almost 20 years ago, architect I.M. Pei’s creation has become one of Cleveland’s most recognizable buildings.

THE SPACE: The third-floor bridge is a favorite wedding ceremony location. “The architecture allows you an almost 360-degree view [of downtown and the lake],” explains Rock Hall sales assistant Kristin Netzband. The main level is converted into a dining area for the reception. With room for more tables in the lower level, the facility can accommodate up to 400 guests. “It’s not a typical square room to decorate,” Netzband says. “It is kind of a blank slate, so you can go as soft or as wild as you really want.”

THE PHOTO: Brett Yacovella, creative director of Making the Moment Photography, says Pei’s architecture makes a statement on its own and provides a multitude of options for dramatic photos. “There are great lines throughout the building,” he says. “It really helps draw a viewer’s eye in.” 1100 Rock and Roll Blvd., Cleveland 44114, 216/781-7625, rockhall.com