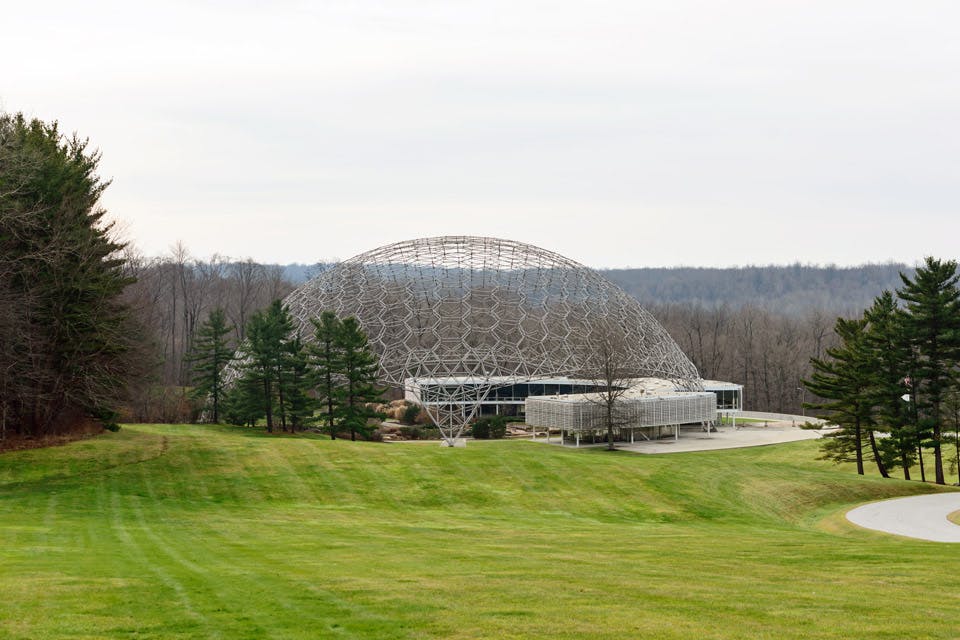 The honeycomb-like dome seems out of place in rural Geauga County. In fact, the 13 miles of connected metal tubing would look at home on the cover of an Isaac Asimov novel. Although it appears otherworldly, the dome over ASM International’s headquarters is a tribute to what’s possible here on Earth.

Formerly known as the American Society for Metals, the association open to materials engineers, scientists and technicians worldwide was called the Steel Treaters Club at the time of its 1913 founding in Detroit.

During World War I, new chapters were started, including one in Cleveland, which ultimately became the society’s headquarters. Then, in 1959, the association relocated 25 miles east, thanks to the organization’s first managing director, William Eisenman, who donated 100 acres of his own property for the creation of a new headquarters. He also suggested the design include the construction of a dome to symbolize humanity’s mastery over metals.

“This was really his vision,” says Skip Wolfe, director of sales and marketing for ASM International. “There’s not a tactical purpose for it other than to just be a monument for what is possible.”

After searching for someone to design the structure, Cleveland architect John Terence Kelly submitted the winning proposal.

The 103-foot-high and 274-foot-wide dome is built entirely of aluminum and weighs 80 tons. It hangs over a public garden that features more than 60 types of mineral ores used in materials engineering. The interior of the 50,000-square-foot headquarters also boasts custom details in copper and brass that further the society’s mission to share the potential for various metals. The organization even welcomes curious visitors to stop by its public garden during business hours.

“People forget about the raw material aspect of things,” says Wolfe. “They did these things just to show how metals can change the world.”