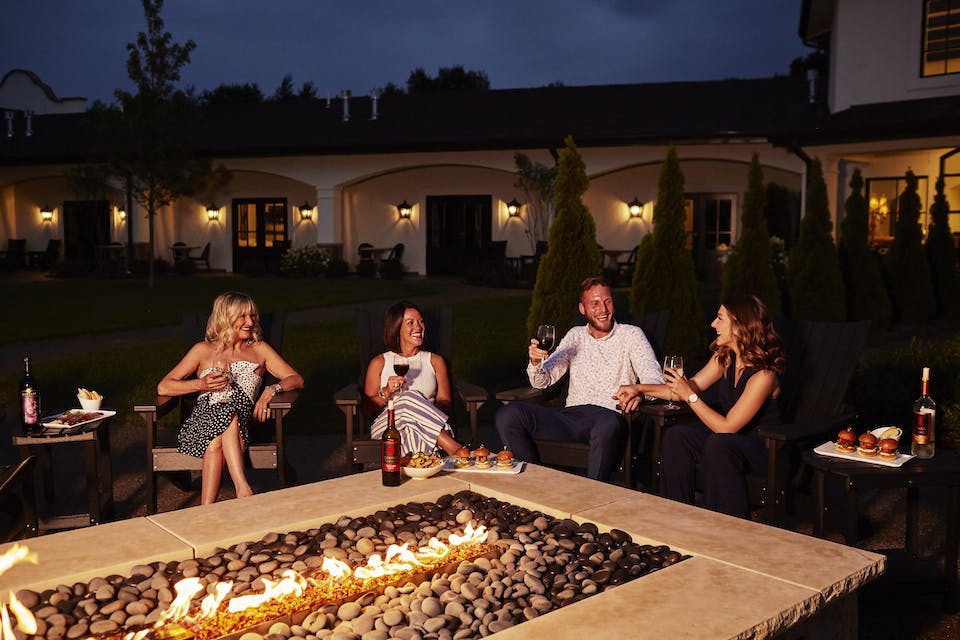 Live music, local restaurants and craft beverages are the way to top off a day of sightseeing in Stark County, Ohio.

The Canton area is home to several craft breweries that offer prime patio seating and live music. There are 15 craft brew locations on the area’s Hall of Fame Hops Craft Brew Trail. Royal Docks Brewing Company has two locations on the trail. Their newest location, the Foeder House + Kitchen at Oakwood Square in Canton is home to a barrel-aged, sour beer facility and features a regular schedule of bands and live music.

Two other Hall of Fame Hops Craft Brew Trail locations are in downtown Canton: the Canton Brewing Company and Muskellunge Brewing Company. Get beverages to-go in the specially designated outdoor refreshment area container and take them along to sip and stroll through the walkable, art-filled downtown. Downtown Canton is home to the First Ladies National Historic site and located minutes away from the Pro Football Hall of Fame and the McKinley Presidential Library & Museum and national monument.

Downtown is also home to many local restaurants and bars with a regular schedule of live music throughout the entertainment district. Stop in at Grapes in a Glass wine bar or have dinner along with a side of jazz and blues music at Passion & Blues. Looking for something a little more cutting edge? Buzzbin Art & Music Shop hosts touring bands throughout the year with live nightly music from an eclectic mix of homegrown talent and bands from all over the world.

Also in Stark County, Canal Fulton is in the Ohio & Erie Canalway National Heritage Area and boasts an extensive number of homes, buildings, and sites listed on the National Historic Register. The 110-mile, mostly crushed-limestone O&E Canalway Towpath Trail extends through this original canal town. Float leisurely along the Canalway in the St. Helena III replica, horse-drawn canal boat, canoe and kayak in the Tuscarawas River, or take a bike ride along the towpath. Then, spend the afternoon refueling on casual fare and handcrafted wine at Dragonfly Winery. Unwind to the sounds of local, live musicians on select Thursday, Friday, and Saturday nights througout the summer. Stay the night in the bed & breakfast located above the beautiful Dragonfly Tea Room & Gift Shop in the oldest building in Canal Fulton.

Plan a trip at VisitCanton.com.