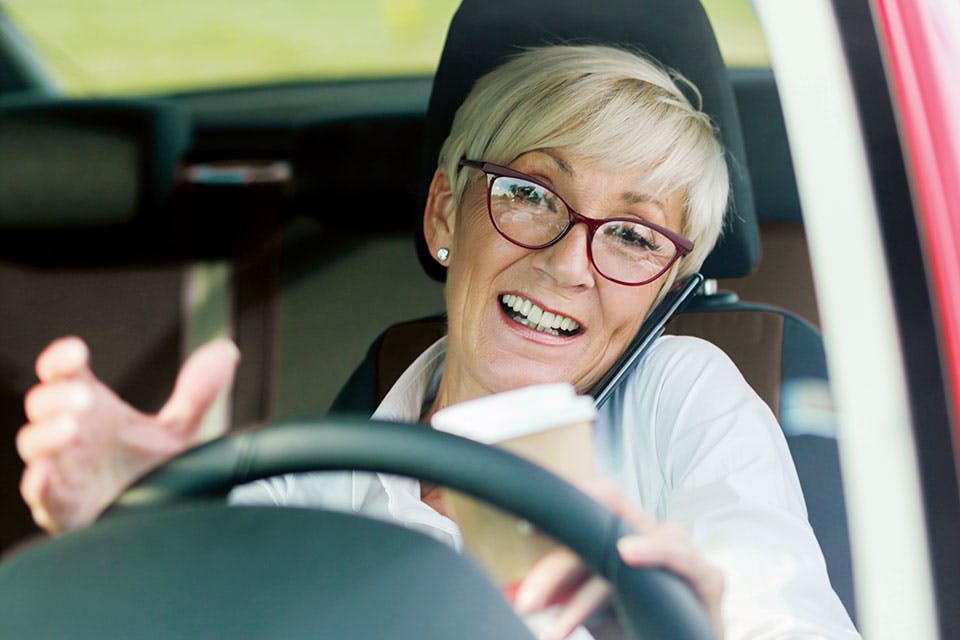 April is National Distracted Driving Awareness Month, a time to reacquaint yourself with what it means to stay focused behind the wheel.

Defining Distraction. Distracted driving can be visual (averting your eyes from the road), manual (removing your hands from the wheel) or cognitive (taking your mind off the task at hand). “Texting includes all three,” Santiago says. “When you stop doing these three things in concert while driving, it’s dangerous.” Distractions can also include reaching for something or handing snacks to kids in the backseat.

Seconds Count. Santiago says sending or receiving texts takes your eyes off the road for an average of 4.6 seconds — the equivalent of driving the length of a football field if you’re going 55 mph. “Folks think they are doing the right thing by putting their phones on speaker,” he says, “but they are still holding it, and it defeats the purpose of the hands-free function.”

Avoid a Fine. Distracted driving adds an additional $100 fine to a moving violation. To prevent crashes, fatalities and citations, the Ohio State Highway Patrol is focused on engaging drivers so that they understand: Distracted driving is just as dangerous as driving under the influence. “Getting a knock at the door from a trooper who tells you a loved one is not coming home because of a poor decision is a hard way to learn a lesson,” Santiago says, “and it’s the last thing we want to do.” 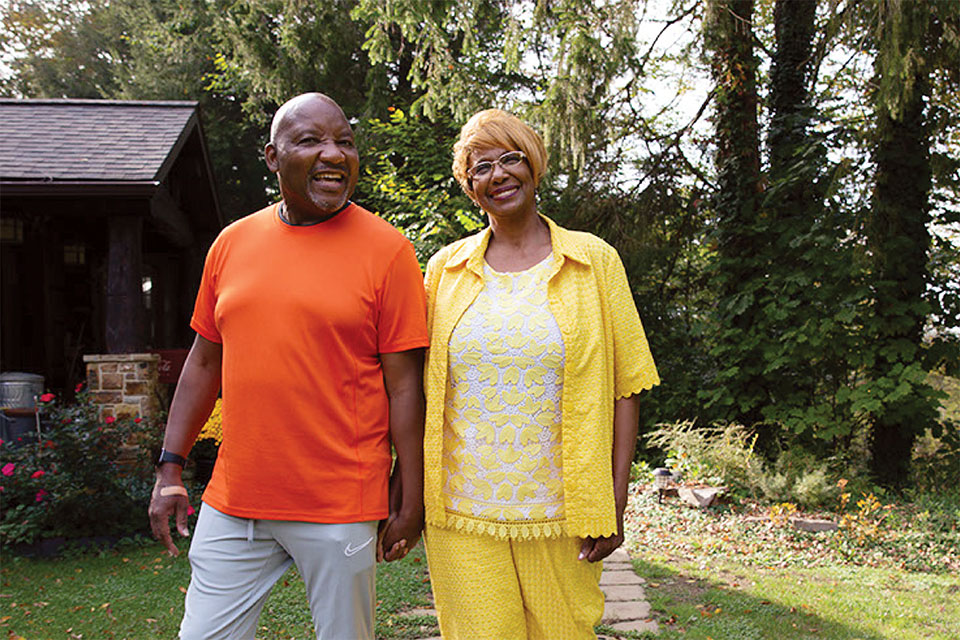 Marva Smith remembers looking into her husband Kenneth’s eyes after he survived cardiac arrest on the surgery table, following an ablation procedure to correct his heart rhythm.

“I grabbed his hands and said, ‘You’re not going anywhere,’” Marva recalls. “They brought him back, but they told us he would not make it through the night.”

It was 2017, and Kenneth had been struggling with progressive heart problems, beginning with a persistent cough in 2002 and advancing to congestive heart failure treated with medicines. By that point, he already had undergone a mitral valve repair to help restore heart function.

Marva, who previously had worked at Ohio-based Lifebanc — a nonprofit organ, eye and tissue recovery organization — saw a fight in Kenneth’s gaze.

“It was like he was begging me to do something,” she recalls.

Kenneth experienced a turnaround, and his vitals began to improve. He stayed in the hospital for several weeks, eventually returning to his Cleveland home with more medicines. But he quickly deteriorated, with fluid building up in his lungs and his heart capacity dropping to 15%.

After visiting with cardiac specialists at Cleveland’s MetroHealth and then Cleveland Clinic, Kenneth was given two options: a left ventricular assist device pump used for patients with end-stage heart failure, or a test to see if he was a candidate for a heart transplant. Kenneth chose the latter and underwent screenings before his case was presented to a board that determines eligibility.

“It’s an arduous process,” he says, recalling the moment in 2020 when the news was delivered by a team of a dozen doctors and nurses. The decision was unanimous. Kenneth qualified. Some patients wait months in the hospital for an organ. Kenneth waited less than two weeks, and on Sept. 13, 2020, he received a heart transplant.

“I immediately felt so much better,” he says. “I was a little sore, but I could breathe again. Within a couple of months, I started working in the yard again.”

Lifebanc CEO Gordon Bowen says the pandemic has put a strain on organ donation, but the organization is still achieving results. In 2021, Lifebanc received 501 organs from 182 donors and 926 tissue donors.

“We still want to emphasize the need for individuals to become organ donors,” Bowen says. “In Ohio alone, there are nearly 3,000 individuals currently waiting for a lifesaving transplant and just over 106,000 nationally.”

Kenneth continues rehabilitation therapy to maintain his heart health, and he and Marva are organ-donation advocates, volunteering with Lifebanc to share their story.

“I always believed in being a donor,” Kenneth says, “and the more I learned about it, I found out that eight people can be saved from one donor — and that’s a beautiful thing.”