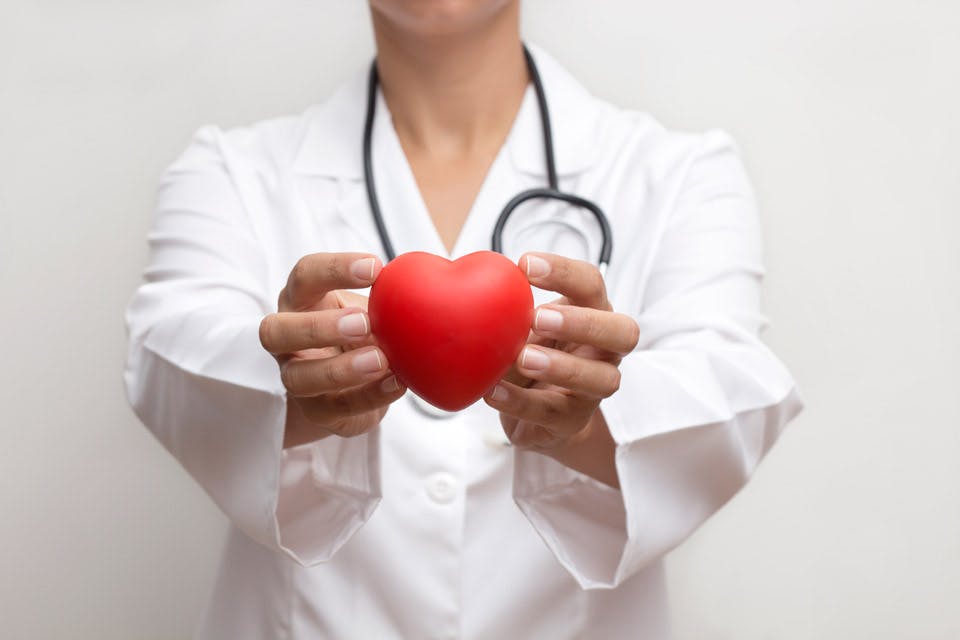 Learn about the work going on at three leading Ohio heart centers.

In high school, Dr. Peter Mohler spent his free time on the basketball court, and if he wasn’t playing the game, he was watching it. During the 1990 NCAA tournament, he saw star player Hank Gathers crumple to the floor in a cardiac event; and that was when Mohler — now the director of the Dorothy M. Davis Heart and Lung Research Institute at the Ohio State University College of Medicine — felt the pull toward science.

“He was this giant, amazing athlete,” Mohler recalls. “To see someone who should be at the height of physical fitness just suddenly drop dead … I wanted to figure out, what’s different?”

Now, the cardiovascular scientist is part of a team that’s working to advance the field of genetic research meant to assess the risk of cardiovascular disease.

“If you ask what is interesting about what is happening at Ohio State right now, from the clinical side we have state-of-the-art devices and imaging,” he says. “But what differentiates what we’re doing here is that these modalities with genetics allow us to diagnose earlier.”

At The Ohio State University Wexner Medical Center, genetics research has helped clinicians and scientists begin to understand both the reasons for sudden cardiac events and how each event differs.  Based on the identification of what Mohler calls “typos” in DNA, he’s learned there are multiple ways that heart health can be compromised.

“Now we understand that there can be 500 different forms [of cardiovascular disease],” he says. “By knowing which form, we’re able to come up with better ways for the physician to treat them.”

With a team of more than 700 researchers, the institute is home to individuals with specific areas of focus and a variety of training and backgrounds.

“We can create these all-star teams of scientists, where we have multiple physicians,” Mohler says. “We might have a biomedical engineer, we have a mathematician, we have a physicist, we have a pharmacist — by doing that, the science moves much faster.”

But Ohio’s game-changing heart doctors aren’t just located in Columbus. Less than two hours away, at Cincinnati’s Christ Hospital Health Network, Dr. Dean Kereiakes is working at an institution with a growing resume of cardiac-care breakthroughs.

In 1985, when the interventional cardiologist started his work at Christ Hospital, the research institute there didn’t even have a name. Today, the Carl & Edyth Lindner Center for Clinical Cardiovascular Research now runs up to 130 active trials at a time and has a growing list of first human-use procedures in the United States.

“We’ve pioneered multiple exciting treatments here,” says Kereiakes. “The cobalt chromium coronary stent … that device revolutionized coronary stenting and switched from stainless steel to alloys. The first one done in a human being was put in here, by me.”

That’s one of six such first-time operations at the hospital. Last February, it successfully implanted a new, smaller version of an artificial heart valve — known as the Lotus 21mm — in not one, but two patients, using a technique known as transcatheter aortic valve replacement.

“That was the first 21-millimeter Lotus valve used anywhere in the world,” says Kereiakes. “They are smaller valves for smaller people.”

The method, which eliminates the need for invasive surgery by using a catheter to set a new valve in place, had previously been limited by the size of valves available. “We did back-to-back cases one day; this was the first time it had been put into a human,” Kereiakes recalls. “Both women were able to go home within 48 hours, and neither of them had a surgical incision anywhere.”

Kereiakes is one of a team of physicians at Christ Hospital who are or have been principal investigators leading clinical trials, sometimes alone and sometimes with other cardiologists. In 2012, he teamed up with the Cleveland Clinic to test the viability of a fully bioresorbable stent, designed to open blocked arteries and repair them before eventually dissolving. For the Cleveland Clinic, success in that clinical trial was part of a long history of pioneering cardiovascular care.

“There’s a great history here,” says Dr. Steven Nissen, chief of cardiology at the Clinic, “going back into the 1950s, when the first coronary angiograms, the first cardiac catheterizations were being done.”

It was at the Clinic where, in 1967, Rene Favaloro performed the first-ever bypass surgery. “This became the destination to get bypass surgery done,” says Nissen.

“That caused this to be a destination for people that had heart disease,” says Nissen. “When you have that, it allows you to attract the best faculty and develop your program. The more you do a procedure, the better you get at doing it.”

How To: Be Heart Healthy
According to the Centers for Disease Control and Prevention, heart disease is the cause of one in every four deaths. Here are three changes to make in your life now.

Weight Management
Harvey Hahn remembers a time when he could have been one of his own patients. “I used to be an obese cardiologist who never exercised,” the Kettering Health Network doctor recalls.

But when he overhauled his diet and started running, he dropped the weight and was able to stop taking prescriptions for elevated cholesterol numbers and high blood pressure. “It makes a huge difference,” Hahn says. “It’s much more effective than any medication.”

Now, he is a firm believer in such wholesome habits. “There’s a whole bunch of factors for a healthy lifestyle,” Hahn says. “Just to knock out the easy one: You have to quit smoking. It can raise your blood pressure, constricts your arteries and accelerates the development of atherosclerosis.”

\Within several days of nixing cigarettes, the body begins to heal, reducing their negative impact. Hahn also advocates for a heart-healthy diet. When he made changes to his own diet, for example, one of the first things Hahn did was cut back on processed meats such as salami and pepperoni.

“It’s got a lot of sugar and a lot of salt to flavor it,” he explains. “Salt’s bad for blood pressure; sugar’s bad for weight gain and diabetes.”

Cholesterol Numbers
Saturated fat will increase your cholesterol, which can lead to plaque buildup in the arteries and veins. That blockage causes serious issues such as heart attacks, so Stacey Shreyer, a dietitian with the Genesis HealthCare System in Zanesville, suggests paying attention to saturated fats. She also warns against eating trans fats, or hydrogenated or partially hydrogenated vegetable oils.

Some level of cholesterol is necessary to  metabolize food. However, our livers produce all we need — so it’s important to moderate intake. By adhering to 200 to 300 milligrams of cholesterol daily, or roughly the equivalent of two small scrambled eggs, patients can prevent an overload.

“Strength training actually increases the good cholesterol, the HDL,” says Karen Sherman, an RN, BSN and supervisor of cardiac rehabilitation at St. Luke’s Hospital in Maumee.
“Studies [show] that after a 12-week program, the HDLs go up and the LDLs go down.”

Exercise has other upsides, too. Patients who are overweight put their heart at higher risk for disease, as excess weight and fluid make the muscle work harder. The increased workload can cause cardiomyopathy, a condition that can lead to clotting and heart failure.

“Think of a balloon you blow up, and then you let all the air out,” says Sherman. “What does it look like? It’s thinner and floppier. The heart is a muscle, but it’s a hollow muscle. Now the pumping action goes way down.”