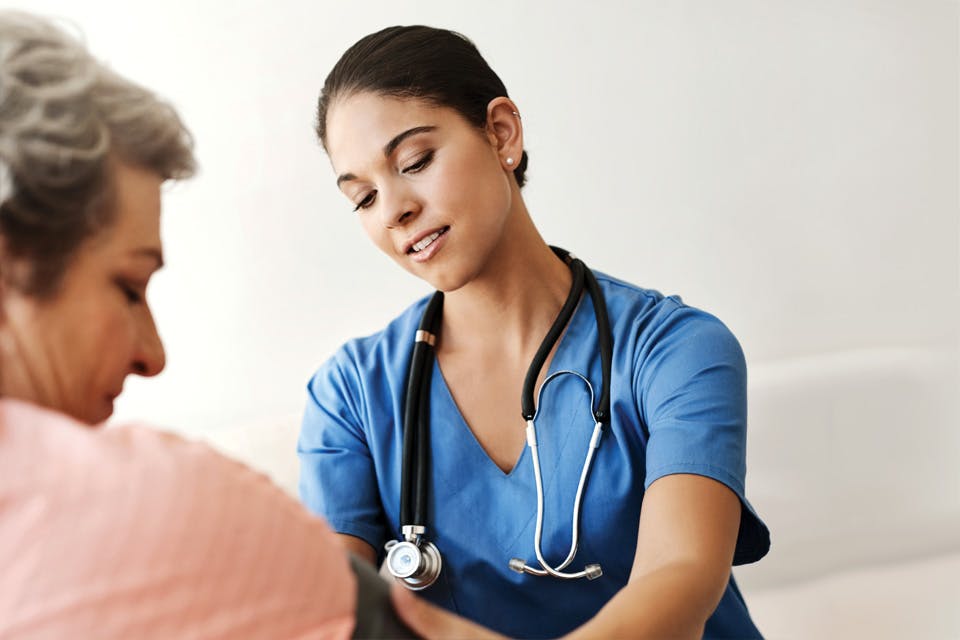 Three patients share their stories about the cardiac issues they didn’t see coming.

The symptoms of heart disease can be gradual or so subtle they’re often brushed off without a second thought: You’re feeling worn out because of work. Your breathing is labored when climbing stairs because you’re just getting older. Often, a heart problem is the last thing a person considers when finally making an appointment with a physician — or landing in the emergency room. According to Centers for Disease Control statistics, each year about 735,000 people have a heart attack, and heart disease is the leading cause of death for men and women. Here, three heart patients share what prompted them to get help and the care they received to live healthy again.

If Brad Imthurn sat on the couch for more than a few minutes, he’d fall asleep. Basic yard work had become a major chore leading to shortness of breath and overwhelming fatigue, and ascending the stairs was becoming increasingly difficult.

“The decline was so gradual, I didn’t notice the red flags until they got bad,” says Imthurn, 46, an electrical engineer who lives in Napoleon. “My wife and I figured it was a virus, but our conversation eventually turned to me making an appointment for an echocardiogram.”

His primary care physician noted a strong heart murmur and ordered an electrocardiogram, which indicated a problem with the aortic valve. The more sensitive transesophageal echocardiogram and cardiac catheterization that followed painted a clearer picture: Imthurn had a bicuspid aortic valve (meaning his valve has two leaflets where it opens instead of three) and severe aortic stenosis. The aortic valve had narrowed to the point where blood flow from the heart to the rest of the body was reduced and put him at sudden risk of death. 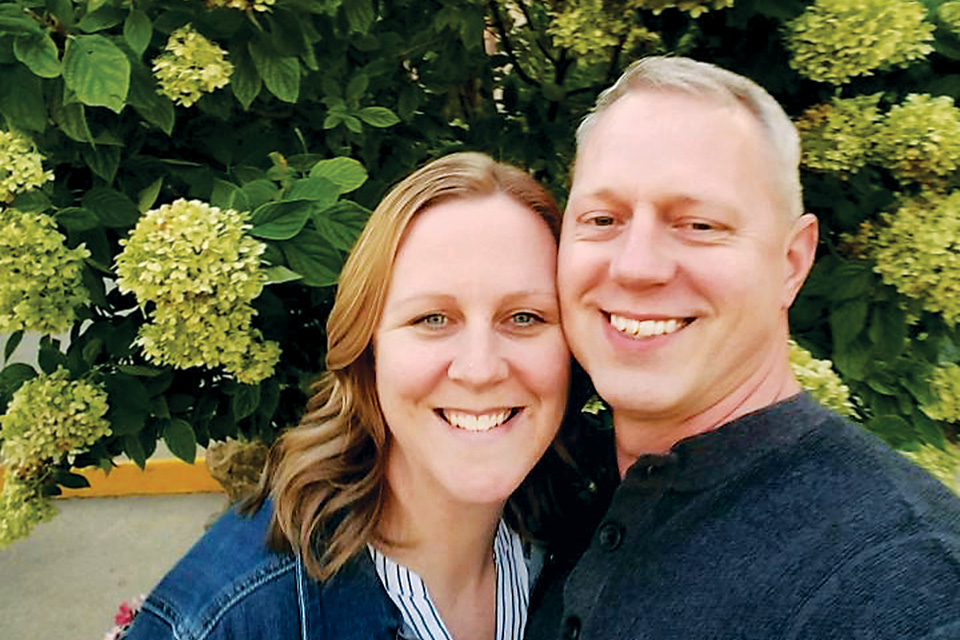 A bicuspid aortic valve is a congenital condition that is usually not a problem until a person reaches middle age when symptoms like Imthurn’s can crop up. Dr. Daniel DiBardino, a cardiothoracic surgeon and heart-structure specialist at Mercy Health in Toledo, says it is not uncommon for the condition to remain undetected until later in life, but it can become a problem at any time.

“Fortunately, [Brad] did not have coronary blockages, and we were able to perform a valve replacement through a minimally invasive approach,” DiBardino says.

The procedure entailed opening half of the sternum to replace the failing valve with a mechanical one that’s expected to last a lifetime.

“I feel 150 percent better today. [Better] than I have since I was in my 20s,” Imthurn says, urging others not to put off having an annual physical. “Pay attention to your body. It may be telling you more than you realize.”

A veteran TV reporter who also substitute teaches, Susan DeLeo has a hard time coming to terms with the fact that she collapsed in the yard of her Youngstown home in December 2017. “I had never been diagnosed with high blood pressure or anything,” says DeLeo, 59, a vegan who also practices power yoga.

But that day was different. She’d accompanied her husband to their doctor’s office and waited while he completed his annual physical. Since DeLeo had made the trip, the doctor decided to check her blood pressure, too. The reading was 185/70 (normal should be less than 140/90) but did not express concern, since she was scheduled for an upcoming appointment. When the couple returned home, DeLeo collapsed and became delirious. Her husband called an ambulance that took her to a local hospital, where she was treated for a general infection. 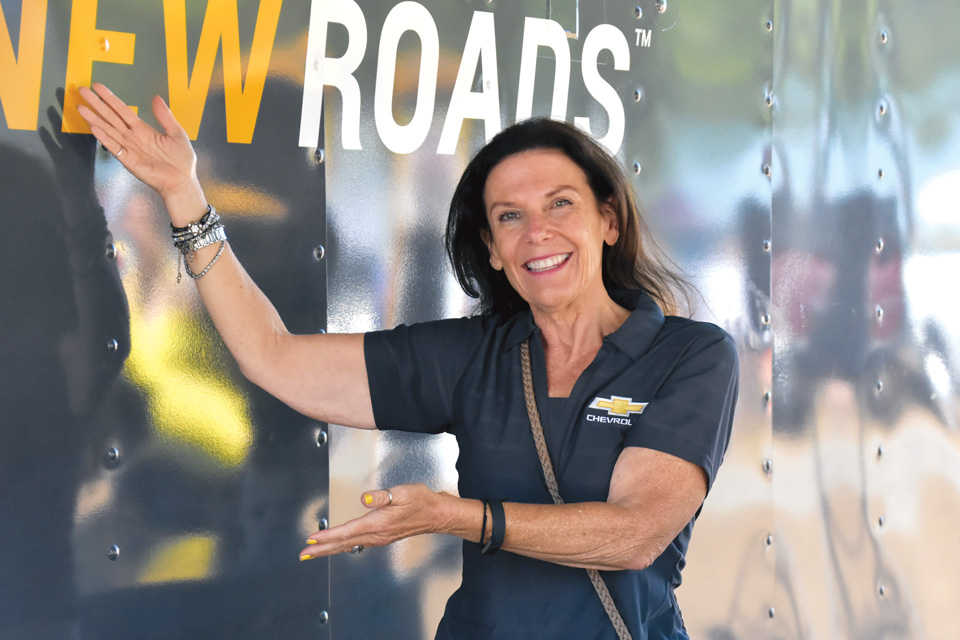 But when DeLeo complained of chest pain, a CT scan was ordered. The results indicated that DeLeo’s aorta was dissecting, a tearing between the layers of the aorta that can occur when patients have conditions including chronic high blood pressure, atherosclerosis or a genetic tendency toward a weakened aorta. Because aortic dissection is an emergency requiring expert cardiac surgery, DeLeo was transported to Cleveland Clinic’s main campus via ambulance.

“In some respects, [aortic dissection] can be compared to what happens when part of a sweater begins to unravel, and then the whole thing starts to unravel,” says Dr. Stephanie Mick, a cardiovascular surgeon at Cleveland Clinic and surgical director of the hospital’s transcatheter aortic valve replacement program. “When the dissection first happens and layers of the aorta are forced apart, it can feel like a severe stabbing or tearing.”

To repair the damage, Mick replaced the affected portion with a Dacron tube, then sewed a stent into the aorta which bound the layers together so they would heal or additional stents could be added. Dubbed the Frozen Elephant Trunk, the procedure was pioneered by Dr. Eric Roselli, Cleveland Clinic’s chief of adult cardiac surgery, a decade ago.

“Hypertension is a silent killer,” Mick says, “and you don’t always know it because you can’t feel it.”

Running to a Different Beat

When Dan Leite finished the Columbus Marathon last fall, he kissed his hand, tapped his heart, kissed his hand again and raised it to the sky. It’s a ritual he performs after finishing any run or bike ride, whether around his block or 26.2 miles. For the Columbus resident, it’s a sign of gratitude to the heart donor whose gift gave him a chance to live.

The 2018 marathon was Leite’s 155th race, but the first with the new heart that began beating in his chest at 12:07 a.m. Christmas morning 2015. The athlete had never expected his lifetime of training had actually prepared him for the ultimate challenge that began in 2011.

It was then that Leite began noticing he was lagging behind the group he trained with and mentioned the symptoms to his doctor. A cardiac MRI revealed Leite had cardiomyopathy, a disease of the heart muscle that makes it difficult for the heart to pump blood to the rest of the body. 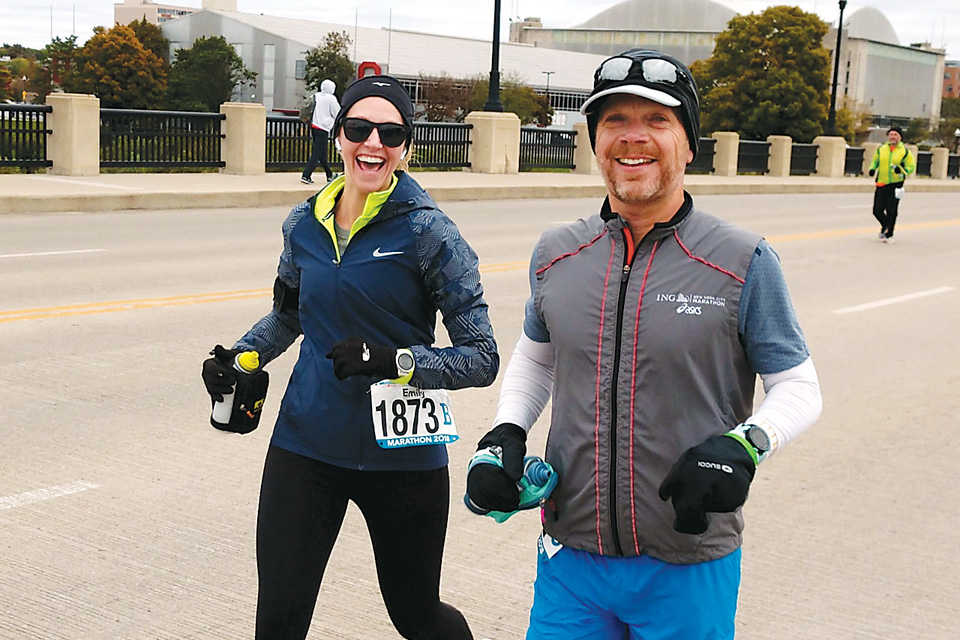 While heart failure can be managed with medications or a pacemaker, Leite’s extremely low resting heart rate made beta-blocker medications a risky option.

“[Beta-blockers and other medications used in heart failure] lower blood pressure, and Dan had no blood pressure to work with — he’d bottom out,” says Dr. Ayesha Hasan, medical director of the Cardiac Transplant Program at The Ohio State University Wexner Medical Center.

Leite received a pacemaker in 2013 and felt better for a while, but his condition gradually worsened. In October 2015, Leite’s name was added to the list of patients waiting for a heart transplant.

“You realize that not everyone on the list gets a heart,” Leite says. He and his wife, Emily, were also acutely aware that someone’s life would be lost for Leite to live.

On Christmas Eve 2015, Leite learned a heart was available for him. These days, Leite is adjusting to the new normal, which includes listening to his body and appreciating every mile.

“I just want to be a good steward of this gift,” he says.