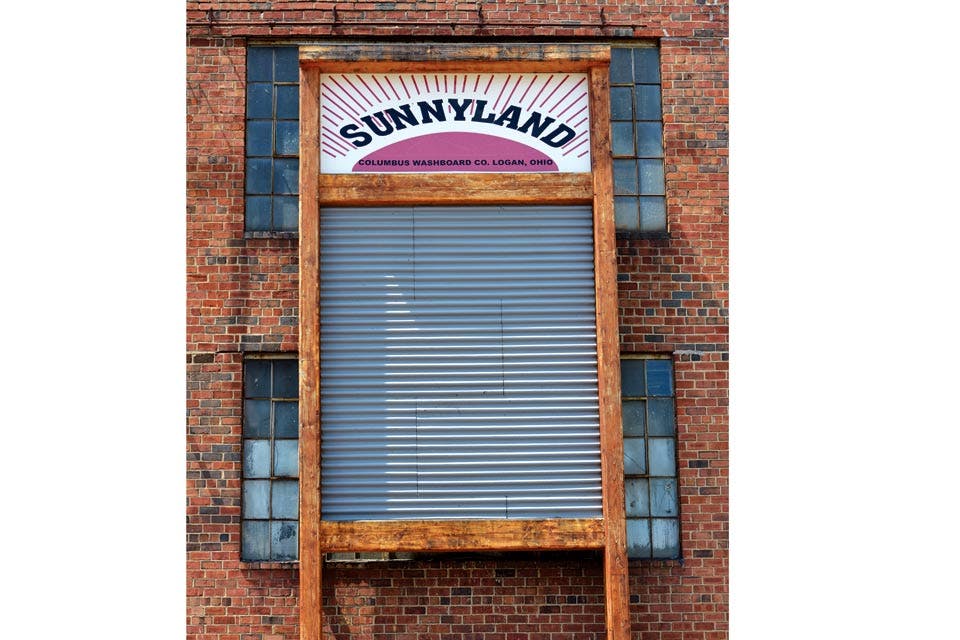 The Columbus Washboard Co. built a 24-foot-tall version of its namesake product to identify its factory in Logan.

In a world where we’ve created ways for household appliances to communicate with one another and mobile phones seem to rule our lives from the back pockets of our jeans, a little company in Logan makes an old-school product that has just one setting: unplugged.

Frederic Martin founded the Columbus Washboard Co. in 1895, and the business called our capital city home for more than a century, until it was sold and moved to a vacant factory space just outside the Hocking Hills in 1999. The nation’s only remaining washboard-maker then built a 24-foot-tall replica of one of its products to display on the building’s exterior.

“If you’re coming in from High Street to go onto Main Street, you cannot miss this great big washboard that’s stuck to the side,” says James Martin, a Columbus Washboard Co. co-owner, who left his role as factory manager in 2017 for a position with the Hocking Hills Tourism Association.

The washboard went up in 2002 and was built by Barnett Construction — a local company owned by Jacqui and Bevan Barnett, who also co-own the Columbus Washboard Co. with Larry and Joyce Gerstner and Martin. The factory makes up to 20,000 washboards a year, selling them to large chains and visitors to the factory’s on-site gift shop.

“You’re buying native, hand-assembled products that were made 100 percent in the USA,” says Martin, “and they actually still have a practical use.”

The company website offers instructions on how best to clean laundry using a washboard, as well as how to play one as a musical instrument. Columbus Washboard Co. gets a boost during Logan’s annual Washboard Music Festival, which was launched around the same time the business relocated to town. Held each June on Father’s Day weekend, the festival is a celebration of this piece of Appalachian heritage.

“It’s very, very eccentric, but it’s really fun,” Martin says of the festival. “We’re there to keep a piece of American history alive.”