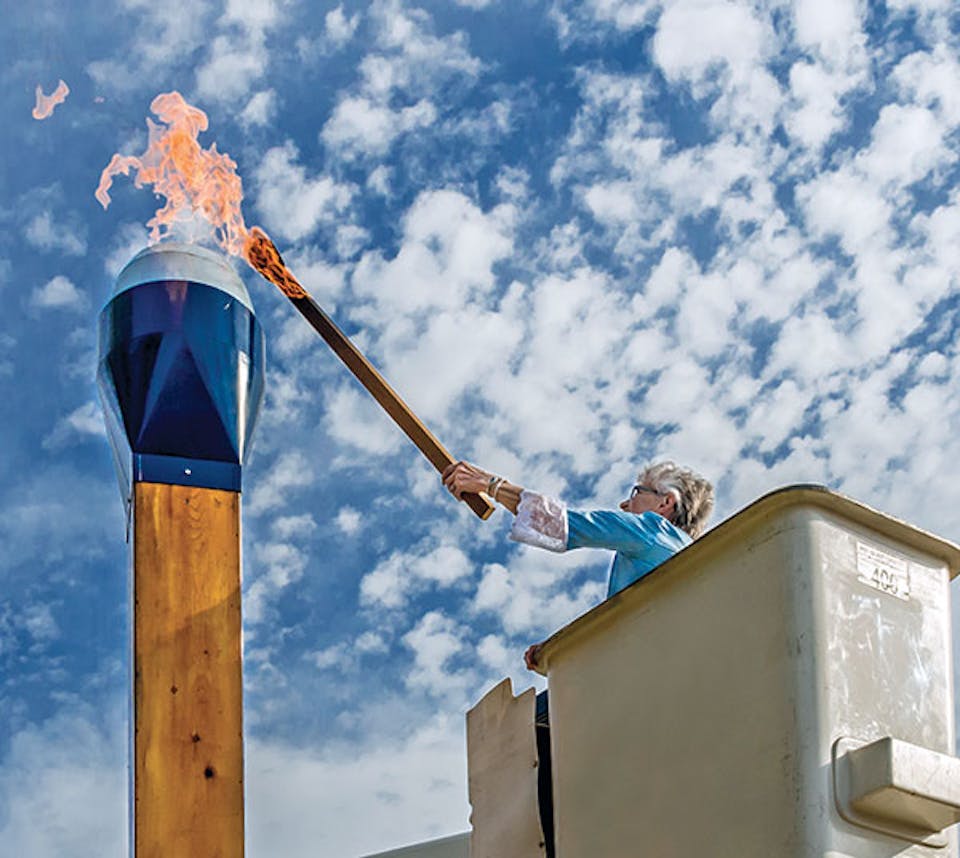 Wadsworth’s Ohio Match Co. began making its famous blue-tipped wooden matches in 1895. It went out of business in 1987, but the company’s legacy lives on


Dwight Powers is nearly 70 years old, and for more than half his life — 43 years, to be exact — he’s been part of Wadsworth’s Blue Tip Festival. The celebration has carnival food, rides, music and a parade, of course, but the June event also kicks off in its own unusual way: with the lighting of an 18-foot-tall pinewood match.

“Wadsworth, at one time, was the match capital of the world,” explains Powers, who is a board member for the festival. The celebration started in 1972 to pay homage to the Wadsworth-based Ohio Match Co. that began making its famous blue-tipped wooden matches in 1895.

“People used them to light their stoves, their smokes and everything else,” says Powers, adding that the company was the largest supplier of wooden and paper matches in the world for decades. The Ohio Match Co. flickered out in 1987, but the annual event celebrating Wadsworth’s luminous heritage continues to burn on 28 years later.

The “world’s largest matchstick,” which is displayed downtown only for the duration of the festival, serves as a larger-than-life reminder of that legacy. Made from wood and hollow from the ground up to its painted-blue metal head, the match runs on propane, and its lighting is part of the opening night parade. “We really play it up,” says Powers. “We have a parade marshal, and we put them in a bucket truck and raise them up to the top of the match.”  — Frances Killea