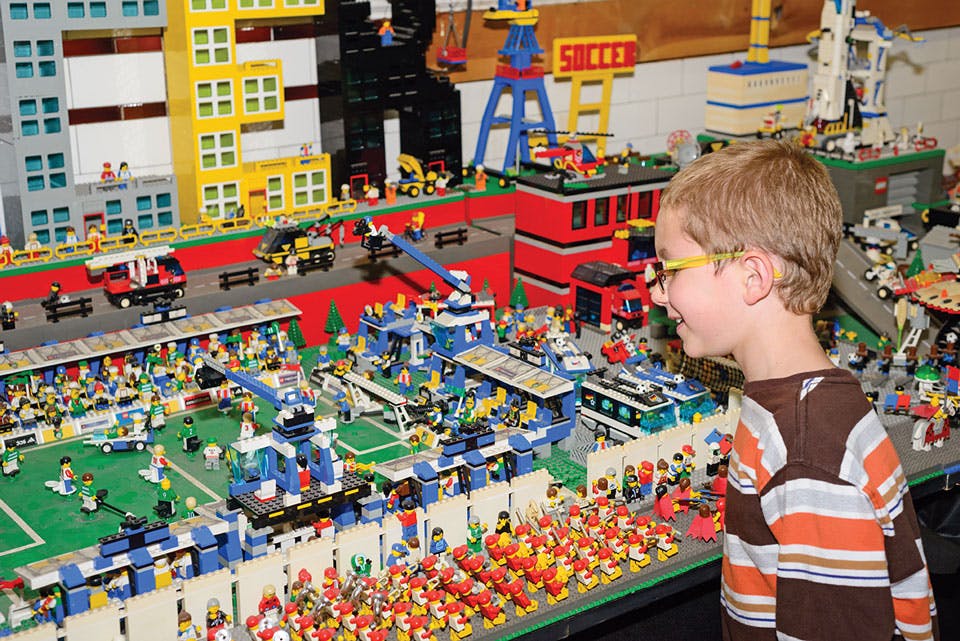 From the outside, the Unofficial Lego Museum simply appears to be an old school building. Beige stone forms an arched doorway and industrial-looking windows face the parking lot. Then, near the entrance, you see the painting of the Greek figure Atlas hoisting two giant red and yellow toy bricks over his head.

Inside, every bit of the 36,600-square-foot school is filled with years of owner Dan Brown’s Lego-collecting obsession.

“I’m actually a toy hoarder,” he says with a laugh.

His acquisitions, which were purchased from old toy stores, eBay auctions and Legoland California, have been a hit since the museum opened in 2007. “I have the largest collection of glued models — things that were in stores that Lego built to show off the brand,” he says.

As unlikely as it is one would encounter Thomas the Tank Engine, Bart Simpson and Darth Vader together elsewhere in the pop culture world, they share the same plastic-brick DNA within the walls of Brown’s museum. Themed rooms range from Scooby-Doo and Spider-Man to jungle animals.

“We’ve got a band called the Lego Three that plays music,” Browns says. “They’re an animatronic band that came from F.A.O. Schwarz in New York City.”

The gift shop is filled with Lego sets from the past, which Brown purchases and then holds on to for six months before putting on the shelf for collectors to buy. And the museum wouldn’t be complete without its playroom, filled with nearly 400 pounds of Lego bricks for visitors to enjoy.