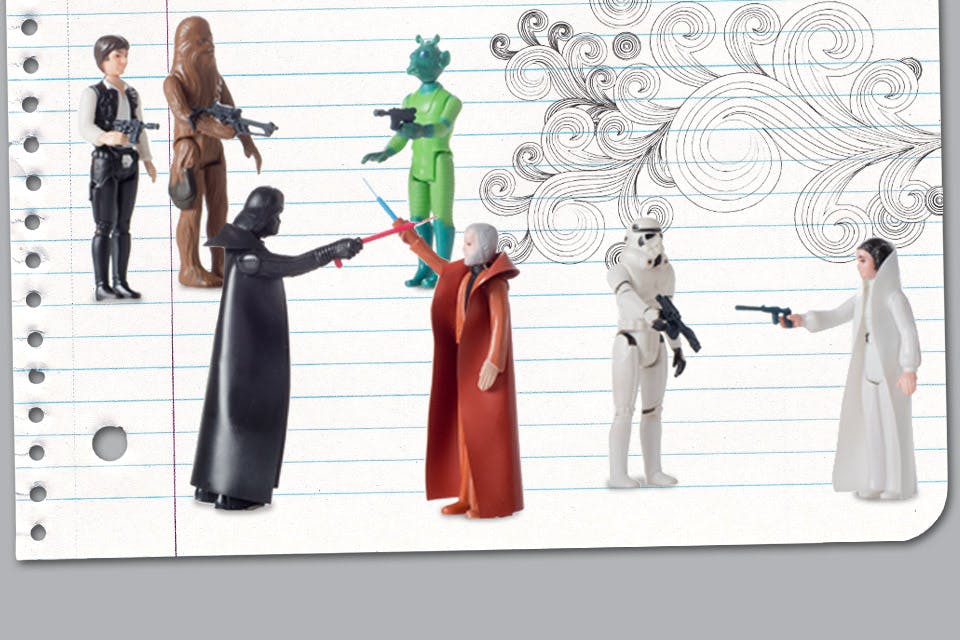 Once upon a time, they were just ideas on drawing boards across the state. Here is how four beloved toys with Ohio ties came to be.

Traveling south on Toy Street in Bryan, a huge factory occupies the right side of the road, stretching from East High to East Maple. Toledo is roughly 60 miles to the northeast, and the Indiana border lies 17 miles to the west. Out here among the cornfields, the Ohio Art Co. brought to life one of the 20th century’s most iconic toys: Etch A Sketch.

With roots tracing back to 1908, Ohio Art began as an Archbold-based novelty and picture frame business started by a dentist, Dr. Henry S. Winzeler. Located in a band hall, the business originally employed 15 women. But a new factory was built in Bryan in 1912, allowing the company to expand into lithography and metal lithographic toys. 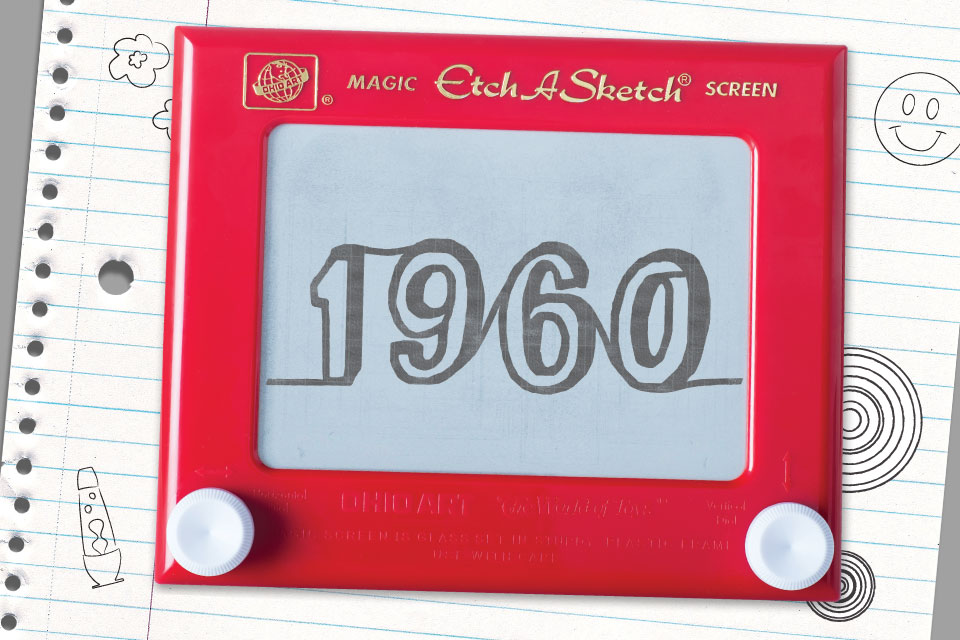 Cassagnes’ toy initially drew little fanfare, but Ohio Art took a risk on the magic screen, investing $25,000 into licensing rights and changing its name to Etch A Sketch. By December 1960, Etch A Sketch had gained such popularity that Ohio Art employees worked until noon on Christmas Eve to meet the holiday demand.

“That real fine aluminum powder that’s inside the Etch A Sketch had to be unloaded from bags into a hopper. When you shake it, it will stick to anything,” says Bill Koch, a retired mechanical drawing teacher who grew up in West Unity and worked at Ohio Art in 1965 and 1966. “At the end of the day, the guy who unloaded the aluminum powder into the hopper would have it all over his hands and arms and face. He looked like the Tin Man.”

It’s difficult to imagine that a more-than-50-year-old mechanical toy would have any staying power in a digital age, but Etch A Sketch’s primitive nature is what drew Ohioan and renowned Etch A Sketch artist George Vlosich III to the toy as an artistic medium.

“Its limitations first captured my imagination,” says Vlosich, who has been invited to the White House by former president Bill Clinton and has appeared on “Oprah” and other TV programs for his work. “If you make a mistake, you have to start all over.” 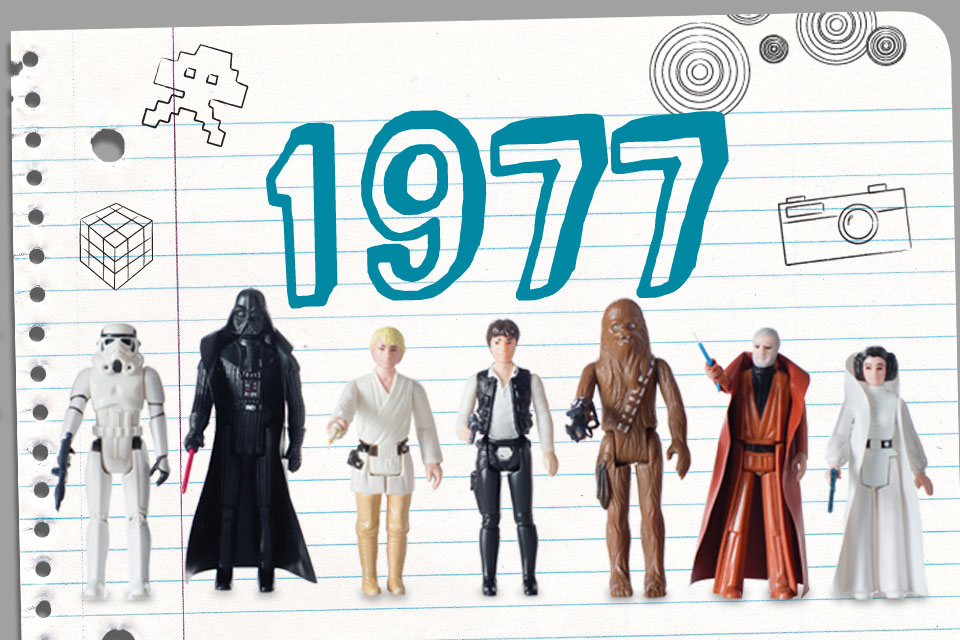 Kenner Street, north of Cincinnati’s Union Terminal, is an unassuming dead-end road. It’s also where the Steiner brothers — Albert, Philip and Joseph — formed Kenner Products in 1947, a move that would change the sleepy street into a household name.


Throughout the 1950s and ’60s, Kenner saw success with Bub-L-Rocket, Play-Doh and the Easy-Bake Oven. In 1967, General Mills purchased Kenner, and by 1975, Close’n Play phonographs as well as Baby Alive and The Six Million Dollar Man established the company as a serious player in the toy industry.

“Kenner’s initial plan was to keep its Star Wars product line small,” says Brian Stillman, director of “Plastic Galaxy: The Story of Star Wars Toys,” a documentary that examines the history of the famous toys.

Kenner employees were shown a screening of “Star Wars” and instructed to take photos of the different characters for potential toy ideas. When the film hit theaters, Kenner remained confident that it could fulfill product demand. But it soon became wildly apparent that “Star Wars” was no ordinary movie. (After being in business for nearly three decades, Kenner sales figures doubled to $200 million in 1978.)

“You have a mid-tier toy company in Kenner,” says Stillman. “Bernie Loomis may have understood the potential for a great toy line, but no one could have anticipated the success of ‘Star Wars.’ There was no precedent for it.”

“Star Wars” was so popular that Kenner quickly realized it could never make enough “Star Wars” toys in time for Christmas. The solution was as unprecedented as the film itself: the Early Bird Certificate Package, a coupon that children could redeem for action figures after the holiday. It may be a dubious approach today, but it worked in 1977, and it saved the legacy of “Star Wars” toys.

“All the bigger companies passed on ‘Star Wars’ because they didn’t think it would be as successful as it was,” says Stillman. “It was huge. It was everywhere. They estimate about three quarters of a billion ‘Star Wars’ figures were produced.” 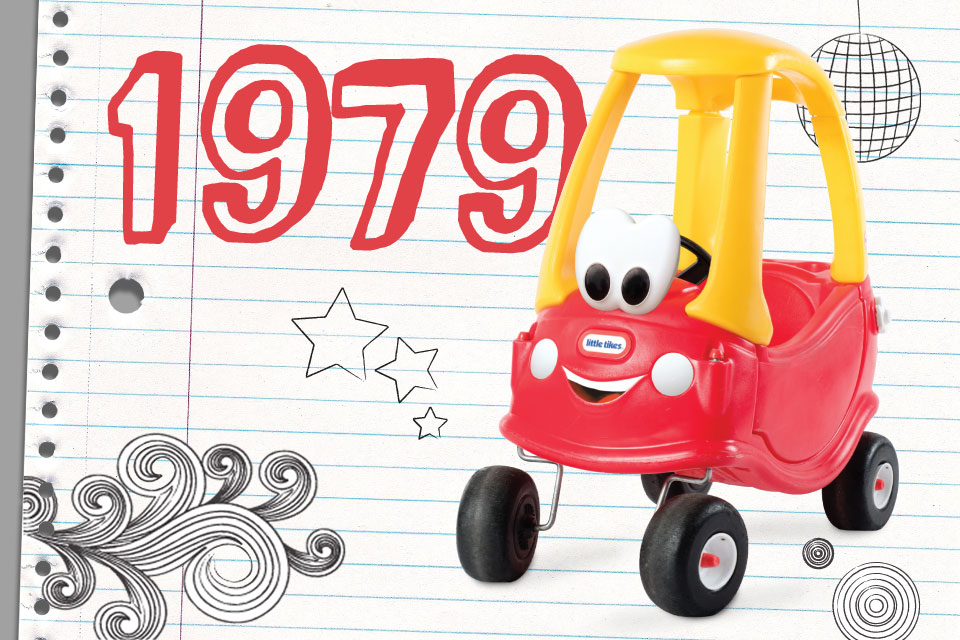 For nearly 40 years, the Cozy Coupe has been seen scooting across American driveways, sidewalks and playgrounds. While the simple red-and-yellow toy car is a national icon today, in the late 1970s, it was a passing image in the mind of Cincinnati native Jim Mariol.

Mariol had attended the University of Cincinnati on scholarship but was called to duty in the Korean War and never graduated. A promising young designer, he returned from Korea to launch his firm. One day, while scooting his desk chair across the office floor, Mariol was struck with much-needed inspiration.

The car’s first iteration weighed nearly 20 pounds and measured just over 32 inches tall, and by 1991, the car was king of the road. According to Little Tikes, the Cozy Coupe was “the bestselling car in America,” but it had to keep up with automotive trends to retain its popularity over the years.

According to a 2013 statistic, Little Tikes claimed that if one were to build a tower out of the more than 10 million Cozy Coupes produced since 1979, the tower would reach 5,682 miles high — approximately 24,000 times the height of the Empire State Building. While the Cozy Coupe saw slight modifications in 1999, 2003 and 2008, the spirit of the bestselling toy car remains the same.

“We are working to relaunch a facelift of the Coupe, which you will see in the next couple of months in stores,” says Knerem, “and we’ve already started talking about what to do for our next big anniversary. We’ll be trying to bring on the next great ride.” 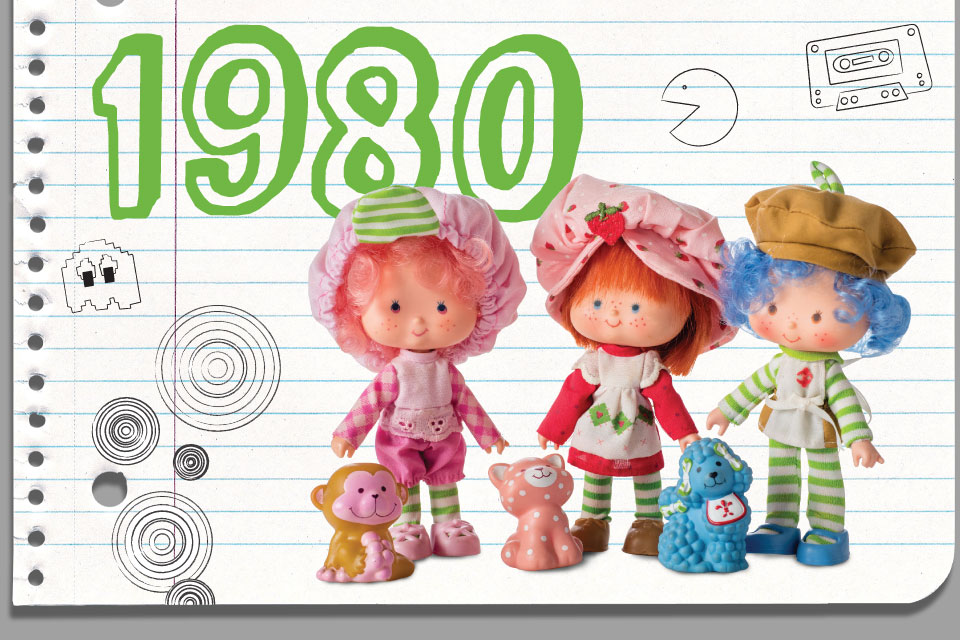 In 1980, Strawberry Shortcake overtook toy aisles across the country, creating a pleasant scent in her wake. Strawberry’s fruity presence is now ubiquitous, but she was once an uncommon trailblazer among American toys.

Around 1977, Rex Connors, the program director for humor and kids products at American Greetings in Cleveland, noticed an uptick in the popularity of strawberry-themed designs and cute characters. So, they created a character with a large bonnet who wore patches on her clothes. She was like a little girl come to life.

“Her original name was actually Strawberry Patches,” says David Polter, American Greetings senior editorial manager of humor, kids and tech cards, who has been with the company since 1981.

Strawberry Shortcake arrived soon after the start of American Greetings’ character licensing business, which was launched, in part, by way of Holly Hobbie in the late 1960s. Hobbie, a young freelance artist, became so popular that American Greetings developed a licensing arm to deter counterfeit production of her signature work. One of Hobbie’s ragtag characters, originally nameless, later bore her name — Holly Hobbie — creating demand among young girls and paving the way for Strawberry Shortcake.

In the late 1970s, American Greetings was seeking a relationship with Bernie Loomis — the toy mogul who had worked on the Barbie and Hot Wheels toy lines, among others, but whose greatest success was the launch of “Star Wars” action figures.

“Loomis was interested in creating what he called ‘an action figure for girls,’ ” says Polter.

Loomis, a 1992 Toy Industry Hall of Fame inductee, wanted Strawberry to have a promoted feature — something that could be advertised on TV and would instantly capture America’s attention. The solution: Each character had its own fruit smell.

“We had a room at the Elmwood Avenue facility in Cleveland called the ‘Strawberry Room’ because all the samples were kept in there,” recalls Polter. “Everyone still smoked, and you’d go into this closed room with very little ventilation, and all of the mixed perfumes would just about make your eyes water.”

Strawberry Shortcake not only created an instant demand, licensed products featuring her image topped $100 million in sales during her first year.

“It was truly an instant success,” says Polter, “and the genesis of Strawberry Shortcake was truly in Cleveland.”