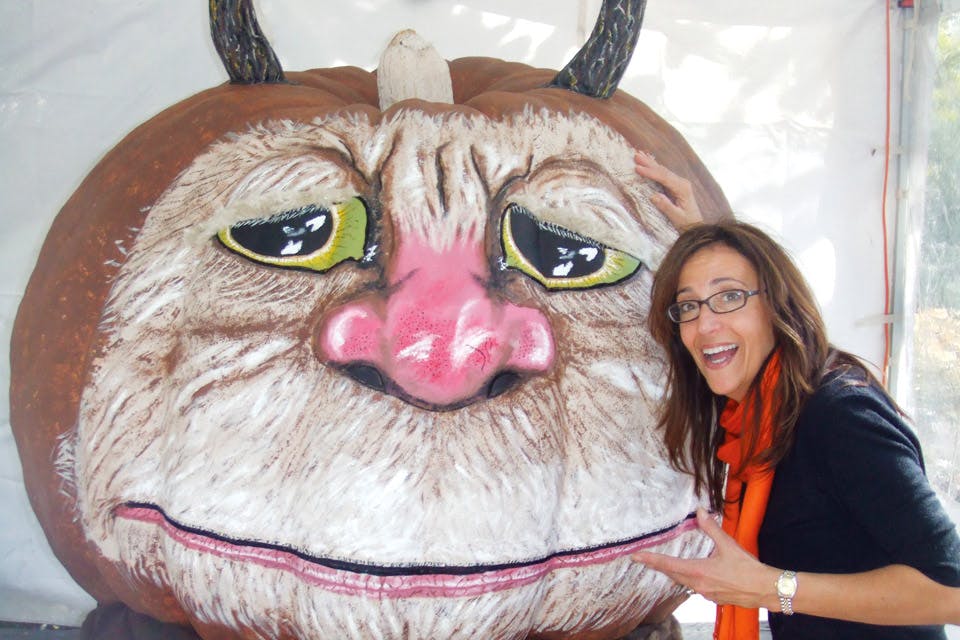 In the fall of 1988, Jeanette Paras was getting ready to carve pumpkins with her husband, when she made a discovery that changed the course of the couple’s fall tradition: One of their two pumpkins resembled Democratic presidential candidate Michael Dukakis, while the other looked like Republican nominee George H.W. Bush.

“Basically, that is where it started,” recalls Paras, who resides in the Columbus suburb of Dublin. “Those were the first celebrity pumpkins.”

Every fall since then, Paras has painted pumpkins to look like celebrities or pop culture figures of the moment — be it Betty White, The Hulk, Lady Gaga or Steve Jobs — and displays her oversize creations outside her home. In 2016, the self-taught painter created pumpkins resembling presidential candidates Donald Trump and Hillary Clinton, which generated coverage from the Los Angeles Times, Miami Herald and Fox News.

Paras often likes to pose with her creations to give viewers an idea of their size, which ranges from 200 to 500 pounds. The Southern Ohio Giant Pumpkin Growers Association has supplied Paras with many of the pumpkins featured in her display over the years.

“It’s a science and a talent to grow pumpkins this big,” she says. “Mine are kind of the baby pumpkins. They get much bigger.”

Before painting, Paras creates a small sketch of the person or character she wants to depict and then replicates that design on paper scaled to the size pumpkin she plans to use. “I take that sketch and transfer it with washable marker onto the pumpkin, and then I scour it and paint,” she explains.

There is a personal side to what Paras is doing as well. A two-time breast cancer survivor (she prefers the term “thriver”), Paras is working to parlay the recognition she’s received into garnering attention for breast cancer awareness and research. She also appreciates the sheer joy her creations bring to the neighborhood.

“It’s so fun to do something that makes so many people laugh,” she says. “People knock on my door saying ‘thank you for doing this.’ A lot of people look forward to this every year, and that is really special.”