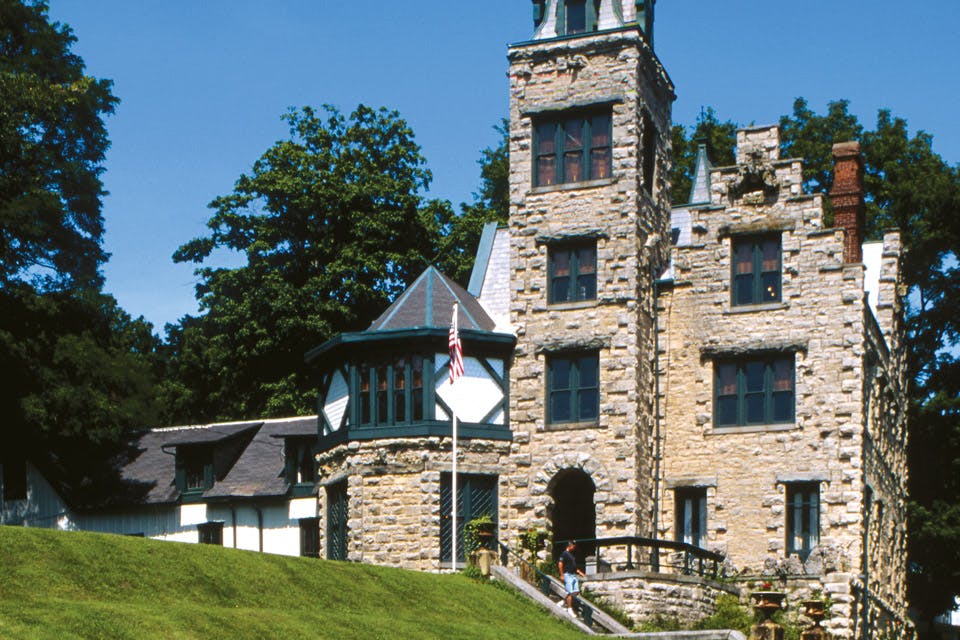 From the outside, Logan County’s Piatt Castles are defined by sturdy stone walls and arched entryways. Inside the twin mansions, gleaming wood stretches from floor to ceiling and antique furniture brings an air of history to each room. Named Mac-A-Cheek and Mac-O-Chee, the homes remain true to their roots, transporting visitors to the West Liberty of the late 1800s.

Abram Piatt had grown up on the land. A farmer by trade, the Civil War veteran returned home to design and construct Mac-A-Cheek.

“[He] built this unusual house with stone from the farm [and] wood from the farm that was processed at the family sawmill,” explains Margaret Piatt, Abram’s great-great-granddaughter.

After the home’s completion in 1871, Abram and his wife Ella lived at Mac-A-Cheek. In 1879, Abram’s brother Donn came back to the family property as well, building the neighboring Mac-O-Chee castle. But it wasn’t until much later that the Piatt family began opening up their homes to the public. Abram’s son William was an inventor who needed to raise money to pay for patents. He saw an opportunity in his family’s homes.

“By that point, people had cars and they were starting to drive out,” says Margaret. “They were interested in the life of a man who had been a Civil War general and built this interesting house, and so William decided to open it up for tours.”

What began as a one-room exhibition in 1910 ultimately became a two-home museum. Visitors are bound to find something special in the wealth of period-specific furniture, artwork, clothing, books and toys throughout each room. As the last generation to have grown up in the castles, Margaret herself has a few favorite details.

“The cast-iron newel post statue in the shape of a medieval page boy — he’s holding a gas light and he sits at the end of the stairs,” she says. “He’s probably the size of a 4-year-old. When I was little I looked at him as my friend, and I still really love that statue.”