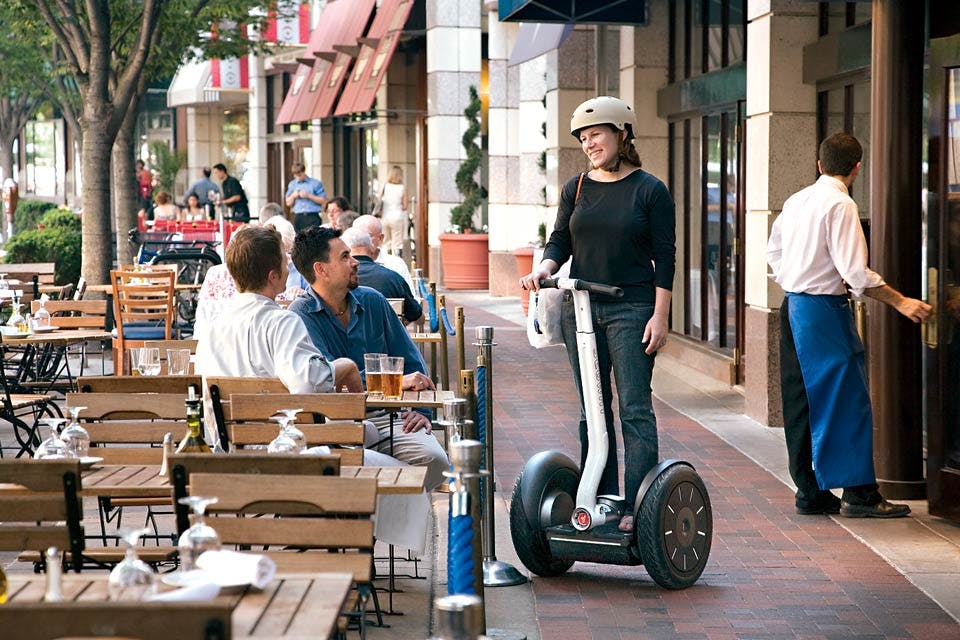 Whether you want to explore Columbus or the hills of southeast Ohio, you can choose your own adventure on with this trio of two-wheeled excursions.

Since it hit the market in 2001, the Segway has become a legitimate mode of transportation for those who want to take a spin on two wheels without pedaling. But with a price tag just shy of $6,000 for one of the self-balancing personal transporters, buying one isn’t in the budget for most of us. That’s where guided Segway tours come in, offering the chance to take a spin through the city or along the trail, including these three options across Ohio.

Sandusky Segwave: The owners of Sandusky Segwave have heard all the reasons not to take a spin on a Segway. “They look hard to ride” and “I’ll make myself look silly” are the most common ones, but co-owner Jim Ervin says it’s much easier than it looks. “You just stand on it, that’s all you’ve got to do,” he explains. “The machine does all the work.” Sandusky Segwave offers a two-hour tour of landmarks, city parks and bike paths in and around historic downtown Sandusky. New this season is the West City Tour, which lasts about an hour. City Tour $65, West City Tour $39.95; 107 Columbus Ave., Sandusky 44870, 419/734-9283, sanduskysegwave.com

Hocking Hills Canopy Tours’ Off-Road Segway: In order to venture off the beaten path, you’re going to need extra power. Luckily, Hocking Hills Canopy Tours’ off-road Segway X2 has you covered. Over the course of two hours, guides take riders on a scenic route through the woods and along the Hocking River. There is also a less expensive option that offers Segway lessons in an open field. “The most unique thing that we offer here would really be that nature-driven tour,” says Nic Billingsley, a manager at Hocking Hills Canopy Tours. “A lot of the regular Segway tour places offer city tours.” Off-Road Segway Adventures $69, Learn to Segway Experience $25; 10714 Jackson St., Rockbridge 43149, 740/385-9477, hockinghillscanopytours.com

SegAway Tours of Columbus: It’s tough to experience all that our capital city has to offer in two hours, but that’s what SegAway Tours of Columbus aims to do. Led by a guide that keeps the ride fresh with entertaining stories and historical tidbits, the tours seek to show riders every aspect of Columbus — from serene parks along the Scioto River to historic downtown. The River & Bridges Tour traverses the green spaces along the waterfront, while The Original City Tour stays more central to the city core. “Downtown Columbus has a lot of new buildings,” says David Weller, owner of SegAway Tours of Columbus. “We show the mix of the old and the new.” $59; 400 N. High St., Columbus 43215, 614/222-3005, segawaytoursofcolumbus.com