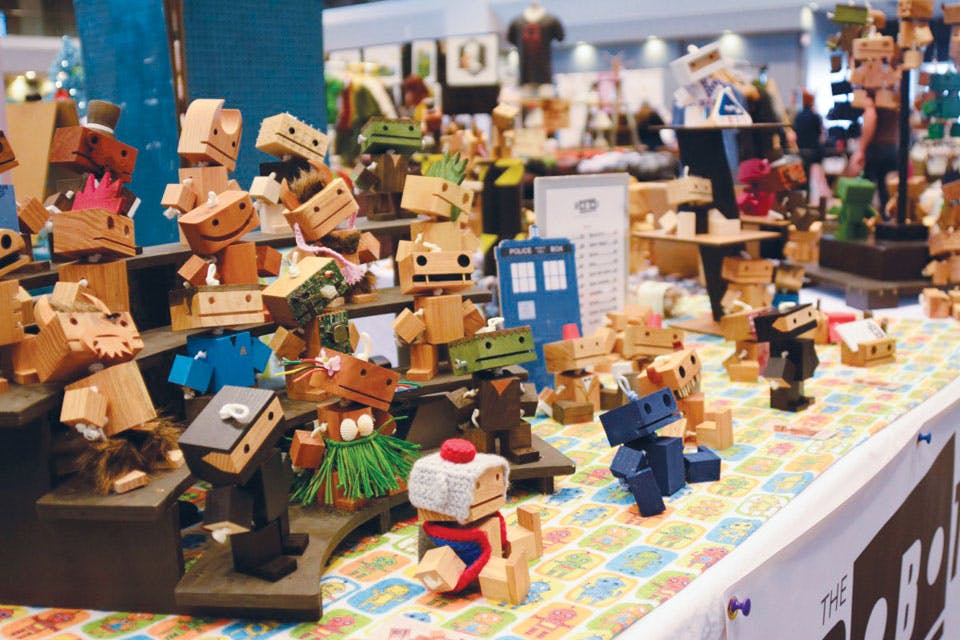 Those seeking handcrafted wares for the loved ones on their list can look to maker markets across the state. Here are three happening this month.

What: The popularity of last year’s Made Local Marketplace led Andrea Archibald to organize one vintage-focused and two holiday-themed shows for 2016.  Why: Archibald, the owner of Simply Vague in Delaware, launched Made Local Marketplace after some of her vendors told her about bad experiences they’d had at other fairs. “We realized … we could do a show for them that really has them in mind,” Archibald says.Who: Natterdoodles artist Natalie Keller Pariano took part in Made Local Marketplace for the first time in 2015, selling art prints, greeting cards and vintage maps of Ohio. “It’s a really great sense of community over competition,” she says. Visit website for admission prices and hours; Dec. 3 (vintage show) & Dec. 4 (holiday show) 405 Greif Pwy., Delaware 43015; Dec. 10 (holiday show) 10561 Sawmill Pwy., Powell 43065, madelocalmarketplaceshows.com

What: Craftin’ Outlaws had more than 100 vendors last year and expect a similar number at the Greater Columbus Convention Center for 2016. Why: Show organizer Megan Green started Craftin’ Outlaws to bring alternative, indie-based crafts to Columbus. You’re as likely to find soaps shaped like grenades as you are handmade leather bags. “There’s a personal story that you get when you buy something directly from a handmade vendor,” Green says. Who: Poor Sparrow owner and jewelry designer Katie Guagenti of Columbus has sold at Craftin’ Outlaws for five years. “I can bring it there, and if it sells, then I know it’s a keeper,” she says. Visit website for hours and early-bird admission prices, all others free; 400 N. High St., Columbus 43215, craftinoutlaws.com

What: Oddmall’s “Chrishanukwanzmadan” market, held at Canton’s Cultural Center for the Arts, puts a holiday spin on a show that bills itself as “part art fair, part craft show, part comic con.” Why: Ohioan Andy Hopp founded Oddmall in 2009. “A lot of times people come to Oddmall and they say, ‘I finally found my people,’ ” he says. “No matter who you are or what you’re into, there’s something for you at the show.” Who: Clara Manfredi, founder of C.M. Manfredi’s Emporium of Wonders, has been an Oddmall vendor for five years. The Chardon resident’s creations are spooky and fun. “I like to jokingly tell people that I make monsters,” she says. “I make multimedia art dolls, so I basically make stuffed animals for grown-ups.” Free; visit website for hours; 1001 Market Ave. N. #1, Canton 44702, oddmall.info