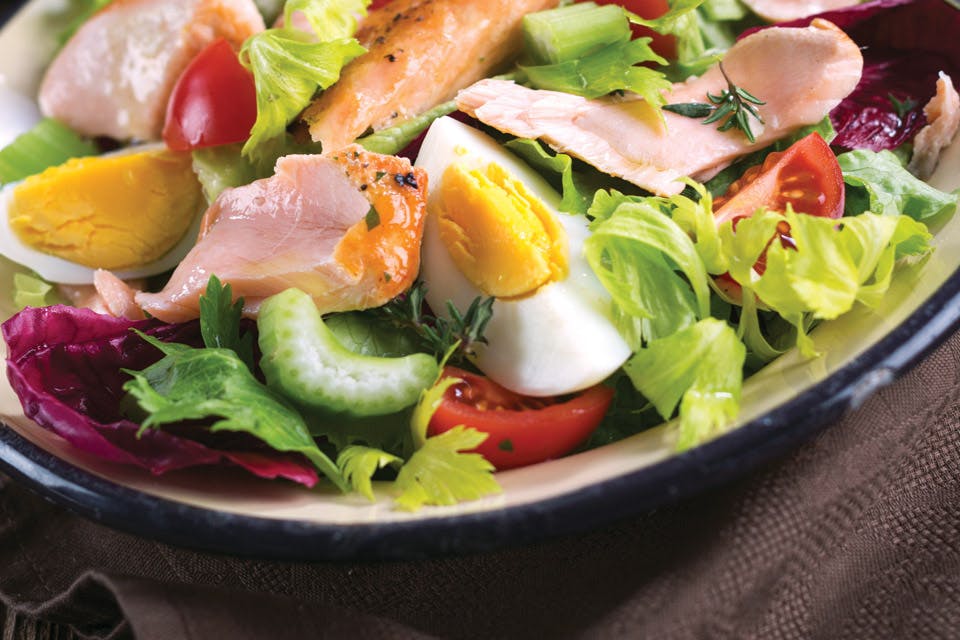 Eating Right
From knowing your fats to filling up on fiber, follow these five rules to stay on track with a heart-healthy diet.

For those who have experienced heart problems, one of the steps of cardiac rehabilitation is diet evaluation and modification. But a diet low in fat and high in fiber combined with a regular exercise regimen is good for everyone and something we should aspire to before issues arise. With that in mind, we asked health professionals across the state their advice for planning a heart-healthy diet.

Fuel Up on Fiber: The recommended daily fiber intake is 25 grams, but most of us get 7 to 10 grams a day. Kimberly Abbas, a registered dietitian with the University of Toledo Medical Center, focuses on fiber instead of telling people to cut out fat.

“When you increase your fiber intake, you naturally decrease other things,” she says. “Your fat intake will decrease on its own.”

There are two types of fiber: soluble and insoluble. Soluble fiber — the kind found in oat bran, nuts and beans — helps decrease cholesterol. Insoluble fiber is the sort found in wheat bran, whole grains and vegetables.

“Fiber is filling, so it helps with portion control,” Abbas says.

Eat the Right Fats: You should be eating no more than 15 grams of saturated fat daily, something that Abbas says many of us are not as strict about as we should be. “The average person is taking in twice that at least,” she says.

On the other hand, monounsaturated and polyunsaturated fats — the kind found in fish, avocados and nuts — can help reduce your bad cholesterol (known as LDL) and increase your good cholesterol (HDL).

Front-load Your Calories: Breakfast really is the most important meal of the day, and it should contain fruits, vegetables, whole grains and some protein.

“Eggs are a good source of protein,” Vavrek says. “They get a bad rep because they’re high in cholesterol — especially the yolks — but they’re low in saturated fat.”

Eating breakfast and lunch keeps you from being particularly ravenous in the evening or at dinner time and, consequently, then overeating in the hours prior to bedtime.

“You get a lot of people who don’t eat breakfast or even lunch, so they overdo it at dinner, when they’re most inactive,” says Janine Petko, a registered dietitian at Northside Medical Center in Youngstown. “So, they think they should be losing weight, but they’re gaining weight because they’re not doing anything.”

Go Easy on the Salt: A key component to heart health is a low sodium intake of around 2,000 milligrams a day. Abbas says many Americans take in an incredible five times that amount, thanks in part to processed soups, which are high in sodium, as are a lot of breads.

“They’re not something you usually think of as high in sodium, but we actually get a lot of our sodium from bread,” Vavrek adds.

Don’t Believe Everything You Read: The terms “high fiber,” “low salt” and “low fat” are thrown around liberally, but that doesn’t mean the foods they’re referring to are actually good for you. For that, you have to dig into the nutritional facts printed on the back.

“Read the label,” Abbas says. “Sometimes it can say multigrain bread or whole wheat, but there’s no fiber in it.”

She adds that you should be looking for bread with at least 3 grams of fiber per slice. Also beware of foods that are listed as having “no fat.” That actually might not be true.

If there is less than half a gram of trans fat in food, it can be labeled as having zero grams. “They can add up quickly,” Vavrek says. 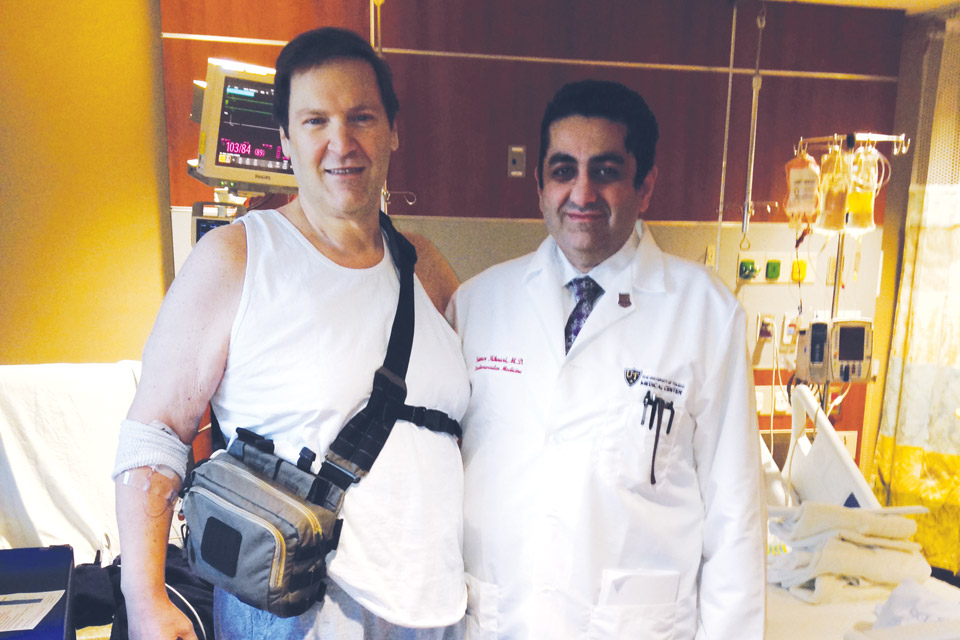 Beating the Odds
A new technology is helping people like Toledo’s Anthony Shiple reclaim their lives. Here’s why it holds promise for the millions of Americans living with worsening heart failure.

Anthony Shiple had been living with a bad heart for more than a decade. The 53-year-old Toledo man was suffering from cardiomyopathy, a hereditary disease of the heart muscle that can lead to heart failure — a condition when the heart is unable to sufficiently pump blood — as well as irregular heartbeats.

For years, Shiple had managed the condition well with medication, and later a defibrillator. But in 2014, his health took a turn for the worse. He had to put his infant daughter, Madison, in daycare because he no longer had the strength to care for her.

“He was doing so well for so many years,” says Dr. Samer Khouri, Shiple’s cardiologist and the associate chief of cardiology at the University of Toledo Medical Center. But, in Shiple’s case, the defibrillator was only meant to be a stopgap. He needed a heart transplant, but his weight was still too high. So, on April 17, 2015, Shiple underwent a five-hour, open-heart surgery to have a left ventricular assist device implanted. He spent the following 26 days in the hospital and went through four months of rehabilitation afterward. “I would not be here were it not for the [device,]” Shiple says.

“It’s a very advanced device that assists his heart to pump blood,” Khouri says. “It’s like he has two hearts.”

The device is powered by external batteries that must be changed every 12 hours. Khouri says the ultimate goal is to use long-lasting implantable batteries, but the technology isn’t quite there yet.

The LVAD was approved for use in the United States in 2008. The most famous person to get one was former Vice President Dick Cheney, who had an LVAD implanted in 2010. He used it for 20 months until he received a heart transplant.

Shiple is also on the path to a transplant. “I’d do it tomorrow if I could,” he says, but he still needs to lose another 20 pounds or so. “He’s close, but not where he should be,” Khouri says.

For most people, an LVAD isn’t a bridge to a transplant but a therapy in and of itself. Khouri says more than 5.7 million adults in the U.S. are living with heart failure, and only a few thousand heart transplants are conducted each year. “This can bridge the gap,” he says.

For Shiple, the results of the LVAD  were instantly noticeable. “When I went into the hospital, I could barely lift my head. After a week, I was walking.”

Shiple is still waiting for a transplant. In the meantime, he’s driving, cooking, cleaning and chasing Madison, now 19 months old, around the house. 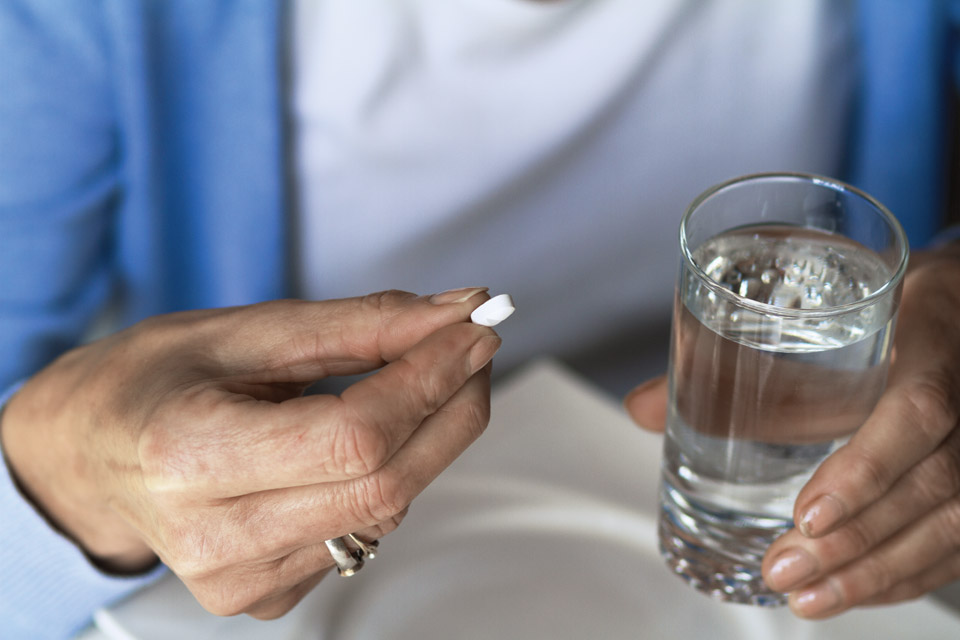 Numbers Game
Statins have been essential to helping people lower their cholesterol and reduce heart attacks and strokes, but more than 73 million U.S. adults still have figures that are too high. Cleveland Clinic cardiologist Dr. Michael Rocco discusses what’s working and what’s next.

Nearly 28 percent of adults 40 or older are taking some kind of statin drug or other therapy to combat their high cholesterol, according to the Centers for Disease Control. And while cholesterol rates are dropping, the CDC estimates that 73.5 million adults in the U.S. still have LDL numbers — the bad cholesterol — that are too high.

To find out what new therapies are available, we talked to Dr. Michael Rocco, the medical director of cardiac rehabilitation and stress testing at the Cleveland Clinic. He has been part of the Clinic's medical staff since 2002 and previously worked at University Hospitals, also in Cleveland.

His areas of expertise include preventive cardiology and cholesterol management, particularly through the use of statin drugs.

Q: First, the basics. What are statins and how do they work?
A: Statins are a class of medication that essentially inhibit a core enzyme that’s involved in cholesterol synthesis in the liver. … The bottom line is that they result in more cholesterol extraction by regulating receptors on the liver that capture LDL. The drug can lower the rate of LDL cholesterol by 25 to 50 to up to 60 percent in some people.

Q: Why are these medications so popular?
A: The first statin approved for clinical use was in the 1980s. There are now seven different statins on the market, and five of them have been around long enough that they’re available as generic drugs. They’re very effective in lowering cholesterol when used in an appropriate clinical setting. They also substantially reduce the risk of events like heart attacks or strokes. We want to use a therapy that’s not only effective in targeting the risk factor, but beneficial in reducing adverse effects. That’s why they’ll probably remain the primary medicine choice.

One of the biggest questions regarding the use of statins is as a primary prevention treatment — for people who haven’t had obvious clinical disease. Assessing a patient’s risk for future adverse cardiovascular events is important when deciding to treat them with a statin.

Patients who had a pre-existing event — heart attack, stroke, stent, diabetes — are known to be at high risk. That’s the population where you get the biggest bang for the buck, and the decisions are a little easier. The bottom line is distinguishing between low-risk and moderate- or high-risk patients. Statins are not exclusive of the important lifestyle changes we want patients to make, like maintaining an ideal weight and an appropriate diet. Whether to prescribe a statin should be based on the patient’s risk level ... and an individual’s ability to tolerate the medicine with acceptable side effects.

Q: So, what’s next on the horizon for treating cholesterol?
A: The FDA has approved PCSK9 inhibitors for certain high-risk patients, those with familial cholesterol issues or pre-existing cardiovascular issues. PCSK9 modulates receptors on the liver that extract cholesterol. By inhibiting the protein you essentially get more receptors that can extract more cholesterol. They lower LDL cholesterol 50 or 60 percent. It’s very effective.

They are given as subcutaneous self-injections every two or four weeks, and I think the important issue is, yes, these drugs are very effective in lowering cholesterol, but will they reduce events like heart attacks and strokes?

Patients who may benefit from these new drugs include those who are on a maximum tolerated dose of statins or are unable to use statins because of side effects but they’re still experiencing high cholesterol. It is important to treat the numbers, but it’s not just about the numbers. It’s about selecting therapies that have been proven to reduce heart attack and stroke.