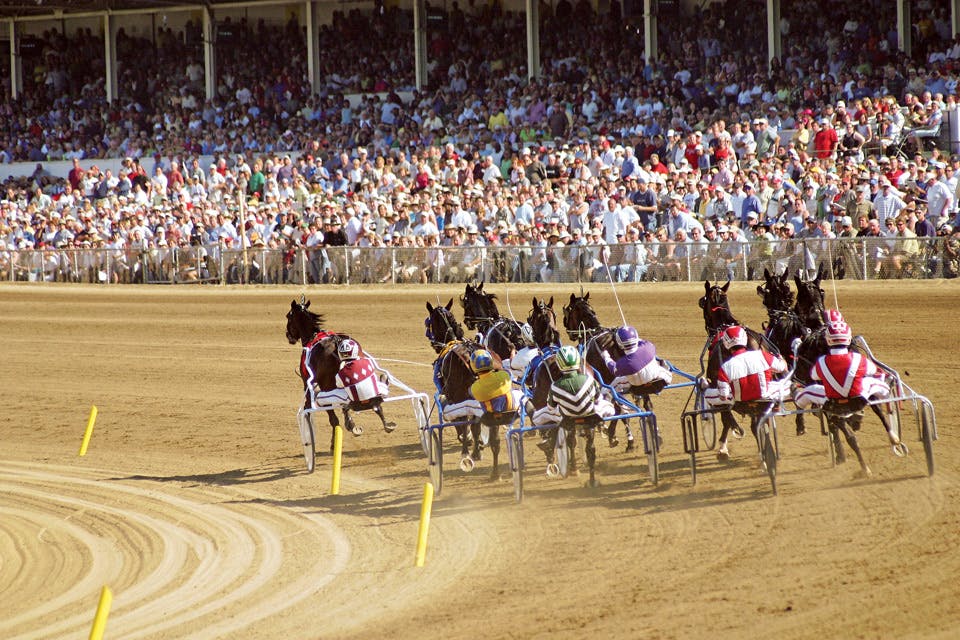 This longstanding harness-racing tradition returns to central Ohio each September.
Here’s the rundown on what you need to know before you go.

The History: The first official Little Brown Jug started in 1946 as part of the Grand Circuit. “The Grand Circuit is kind of like the traveling roadshow of harness racing,” explains Tom Wright, president of the Little Brown Jug Society and race director for nearly 30 years. “The idea [was] to bring the premier horses to different parts of the country so they can be shown off and they can race for good money.” When the race was created, the Delaware Gazette ran a contest to name it, but Wright says one submission stood out: Little Brown Jug, named after a horse of the same name. The Little Brown Jug has taken place during the Delaware County Fair every September since its inception.

The Tradition: On Jug Day, nearly every local is at the fair. “The schools close for the day in the city. The majority of businesses close for the day,” Wright says. “It’s definitely a community event.” The race’s influence can be seen in street names such as Grand Circuit Boulevard and Curly Smart Circle. Although the fairground’s grandstand holds 16,000 spectators, between 40,000 and 45,000 fans show up for the race, which leads to some creative ways to get a good spot. “If you go up there right now, you’ll see we have chairs chained around the fence at the race track,” Wright says. “On Jug day, you’ll get 15 to 20 people deep from the fence, so I’ve chained my chair, so I can be in the front row for the day.”

The Race: The Little Brown Jug is one of the last harness races still run in multiple heats. Here’s how it works: Competing horses must race in two heats (the first being an elimination race). The top finishers in each elimination then head to the final. If an elimination-heat winner finishes first in the final, that horse is the Jug winner. If not, there’s a race-off between the top three finishers. The winner gets a literal brown jug trophy crafted in nearby Radnor and about half of a purse that runs between $600,000 and $700,000. Spectators wager on the action, with stakes as low as they’d like. “You can bet $1, you can bet $1,000 on a horse,” Wright says. “[You] can bring a $20 bill and be entertained all day.”