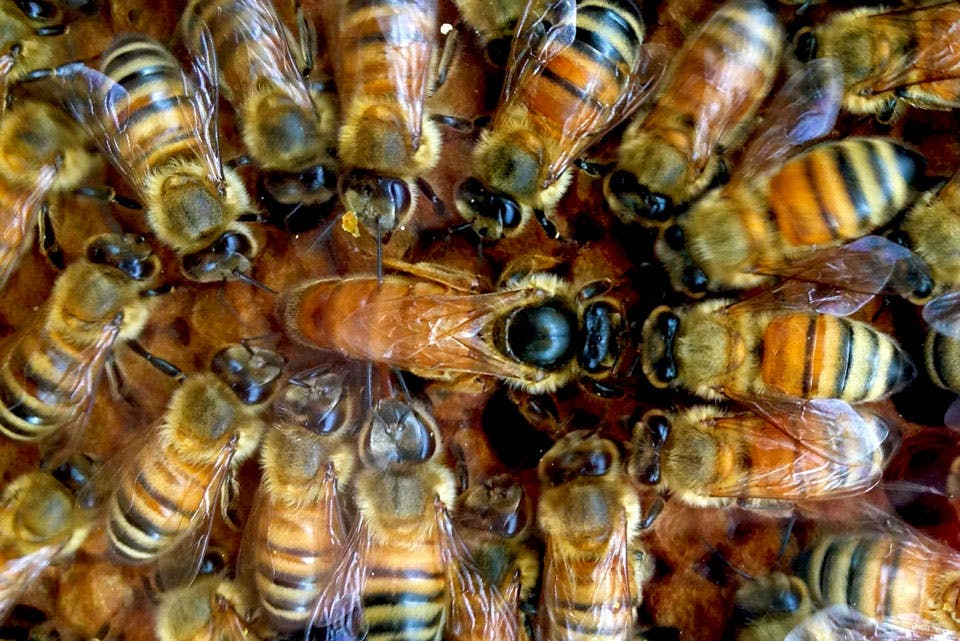 Bee lovers from across the state swarm to central Ohio each September for the Lithopolis Honeyfest — a weekend-long celebration that aims to illustrate the vital role the neighborly insect plays in our lives.

“There’s a lot to learn,” says Anne Blackwell, the festival’s art director. “The whole point is to educate people as to how important bees are.”

Humans have used bee products throughout the ages as food. But honey can also help alleviate allergies, while propolis — a resin that bees collect from trees to repair cracks in their hive —  soothes sore throats and heal cuts.

Honeybees are also essential to agriculture, pollinating a third of the produce found on grocery store shelves. But use of pesticides and a loss of habitat have hurt bee colonies, leading their numbers to decline dramatically and causing concern among those who monitor honeybee populations.

It’s a message that Lithopolis Honeyfest organizers say resonates with festival attendees. “The people that come to the Honeyfest seem really interested in what is going on with the bees,” says Blackwell. “They want to know what they can do.”

Festival committee member Carmen Conrad agrees that the celebration, now in its ninth year, has helped raise awareness about the plight of Ohio’s honeybee populations. “We make it a fun thing, but it has been beneficial,” she says.

That fun is suited to a range of interests. Cooks can partake in a bake-off that showcases the various uses of honey, kids are invited to create bee-themed art, and those curious about the inner workings of a hive can peek inside one to watch the queen bee and her colony. The festival also features various types of honey for purchase.

Before buying, guests can view a demonstration that shows how honey is collected and illustrates the proper bottling methods.

The festival, which is set for Sept. 11 and 12 this year, also strives to debunk the honeybee’s reputation as an aggressive pest with its signature attraction: the bee beard. Only the experienced are allowed to be the subject of this crowd-pleasing demonstration, in which a queen bee in a cage is placed under a person’s chin. Because of the pheromone the queen releases, hundreds of her bees will gather around her, creating what appears to be a beard of bees. The impressive and memorable presentation has been a feature of the festival since the beginning to show how peaceful bees really are.

“Unlike some of the more aggressive insects, honeybees do die if they sting you,” Conrad says. “For self-preservation, they don’t want to sting you.”

For more information about the Lithopolis Honeyfest, visit lithopolishoneyfest.com.