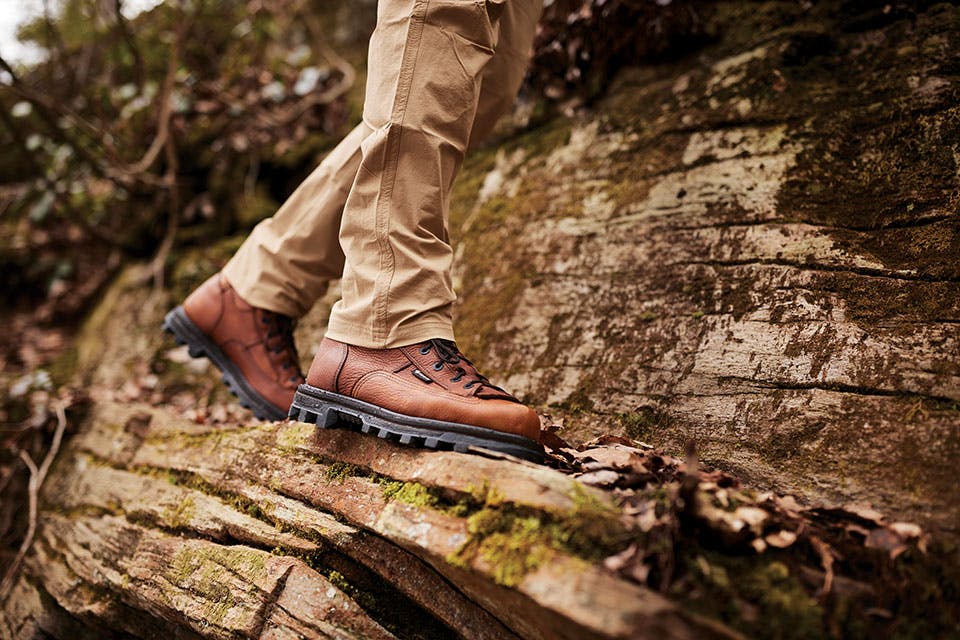 How Rocky Brands Got Its Start in Nelsonville

William and F.M. Brooks founded their footwear company in Athens County in 1932. Today, it is still headquartered there and still making boots that will help you tackle the terrain.

In 1932, William and F.M. Brooks opened their shoe factory in Nelsonville. They were fortunate enough to set up shop in a rent-free building with some borrowed equipment, launching their William Brooks Shoe Co. The factory employed 225 people and production grew to 2,000 pairs of shoes per day.

Although the business the Brooks brothers started has since grown into a publicly traded company known as Rocky Brands, it is still headquartered in Nelsonville. It offers travelers the chance to explore the Rocky Outdoor Gear Store located in William Brooks Shoe Co.’s original three-story factory along Canal Street, showing Rocky Brands’ ties to both the town’s past and present.

“It is a part of the entire culture of the company,” says Jason Brooks, president and CEO of Rocky Brands and the great-grandson of F.M. Brooks.

In the decades following the Great Depression, the William Brooks Shoe Co. made boots for soldiers serving in World War II and the Korean War and struck up relationships with consumer retailers. In the 1950s, F.M. Brooks’ son, John, sold the business to the Irving Drew Shoe Co., but by the middle of the 1970s, the factory had fallen on hard times and Irving Drew was looking to sell the operation. John Brooks decided to buy the business back with his son, Mike, and recast the company as a rugged outdoor brand, launching the Rocky name.

A visit to the Nelsonville retail store offers an overview of the styles associated with the company’s namesake line. Products include the Rocky MTN Stalker (made for cold-weather hunting) and the Cornstalker, which helped catapult the company into the outdoor hunting market during the 1980s. A variety of hiking boots are available for those looking to hit the trail.

“There are some great brands out there, but I think what we are really good at is providing good quality,” Brooks says. “We support our customers and back our product in ways other companies don’t.”