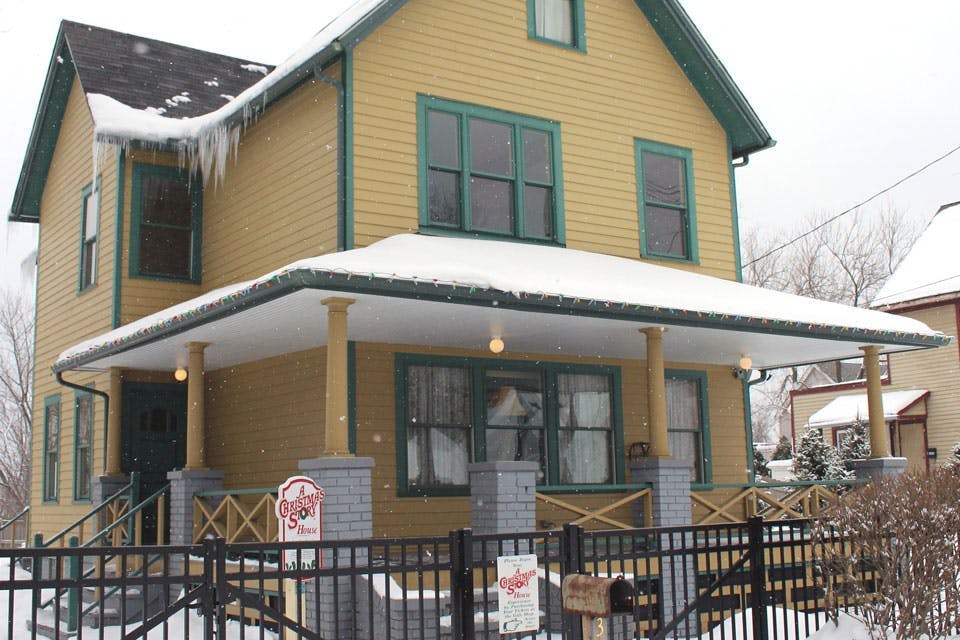 This Tremont neighborhood home in Cleveland gives visitors the chance to walk in Ralphie’s footsteps.

The yellow home with green trim looks like a lot of others in Cleveland’s Tremont neighborhood. But 3159 W. 11th St. is far more famous than the rest, thanks to a glowing leg lamp and a BB-gun-obsessed boy.

When director Bob Clark began scouting locations for his classic 1983 holiday film “A Christmas Story,” he wanted to find a home for Ralphie and his family that reflected the vivid, industrial-town imagery in the Jean Shepherd book the movie is based on. Located just up the hill from Cleveland’s industrial valley, the 1895 home filled the role perfectly.

“If you read the script, there’s a part [about] the kids running on a slag pile past the steel mill,” says Brian Jones, the home’s current owner. “[The book was set] in Hammond, Indiana, which was a big steel town. [Clark] wanted to have that in the background.”

These days, Jones welcomes visitors to his A Christmas Story House & Museum, letting guests walk in the footsteps of Ralphie and his family. Although most of the movie’s interior home scenes were shot on a soundstage, the exterior ones all happened here.

The museum, located across the street, is stocked with a sleigh-load of “A Christmas Story” merchandise, from pink bunny suits to replicas of the movie’s iconic leg lamp. In fact, it’s the film’s famous lamp that sent Jones down this path in the first place. After a failed vision test kept him from becoming a Navy pilot, his parents — longtime fans of “A Christmas Story” — sent him a homemade leg lamp to cheer him up.

“My mom just off-handedly said, ‘That would make a decent business,’ ” says Jones. When he realized he no longer wanted to pursue a career with the Navy, he took her up on the idea and started making and selling leg lamps like the one in the film. “I started buying parts and screwing leg lamps together in my condo. That’s how I got into this.”

In 2004, the house featured in the film went up for sale on eBay and Jones bought it for $150,000. He saw it as a shrewd business move and began renovations to give the residence the look and feel of the classic film.

“We try to make it so that you can come and relive the movie,” says Jones. “Everything inside you can touch. You can pull a leg lamp out of a crate, hold the BB gun, there’s even a blue bowling ball like the one Ralphie’s dad got for Christmas.”