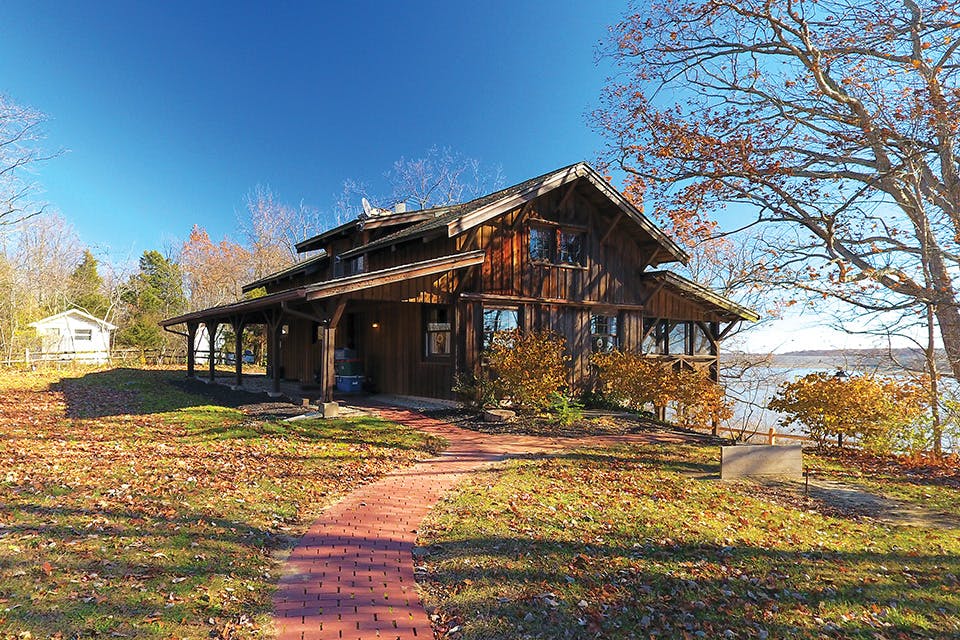 President Warren G. Harding’s campaign manager and attorney general built this lakeside cabin in 1918. You can book a stay there year-round.

The Harding Cabin sits tucked into the trees along Deer Creek State Park’s 1,277-surface-acre lake. The 1 1/2-story structure is named for Warren G. Harding, the Marion native who was sworn in as our nation’s 29th president on March 4, 1921.

Harry Daugherty, an Ohio Republican who served as Harding’s campaign manager and attorney general, built the cabin, which is now available for overnight rentals. Although Harding Home Presidential Site researcher Jon Andersen says there’s no evidence the former commander in chief ever visited the cabin, its walls likely heard a few secrets about Harding’s scandal-laden two years in office prior to his death in 1923.

Daugherty built the Mount Sterling cabin, formerly known as “The Shack,” in 1918. It served as a rural getaway for him, his aide Jesse Smith and their cronies in the Ohio Gang, a group of politicians and businessmen who surrounded Harding. Daugherty and Smith both hailed from Washington Court House, a town located about 15 miles away.

“Every political figure has their fortress of solitude, so to speak, and that’s Daugherty’s,” Andersen says, noting the cabin’s owner had a lot to reflect on when it came to the Harding administration, including Teapot Dome, Smith’s suicide and his own corruption charges.

During the 1960s, the Ohio Department of Natural Resources, which now owns the cabin, stepped in after the federal government purchased the land it was located on to construct Deer Creek Dam.

“The Shack was originally scheduled for demolition, but engineers said it has historical significance because of Daugherty,” explains Ann Schweitzer, natural resources administrator for ODNR.

The state saved the structure and renovated it for overnight lodging, retaining many of the cabin’s original features, including oak and chestnut beams, a river-rock fireplace and a 50-foot-long perched deck overlooking the lake. The cabin, which sleeps six, got an upgrade last year: a kitchen and bathroom update plus new furniture and fixtures throughout.

Those looking to book a stay should be aware that the Harding Cabin is not the secluded retreat it once was. Located next to the state park’s public boat launch, it can be a high-traffic area during certain times of the year, but that shouldn’t deter history buffs from booking a stay.

The Harding Cabin requires a two-night minimum stay year-round and can only be reserved by calling 740/869-2020. deercreekparklodge.com