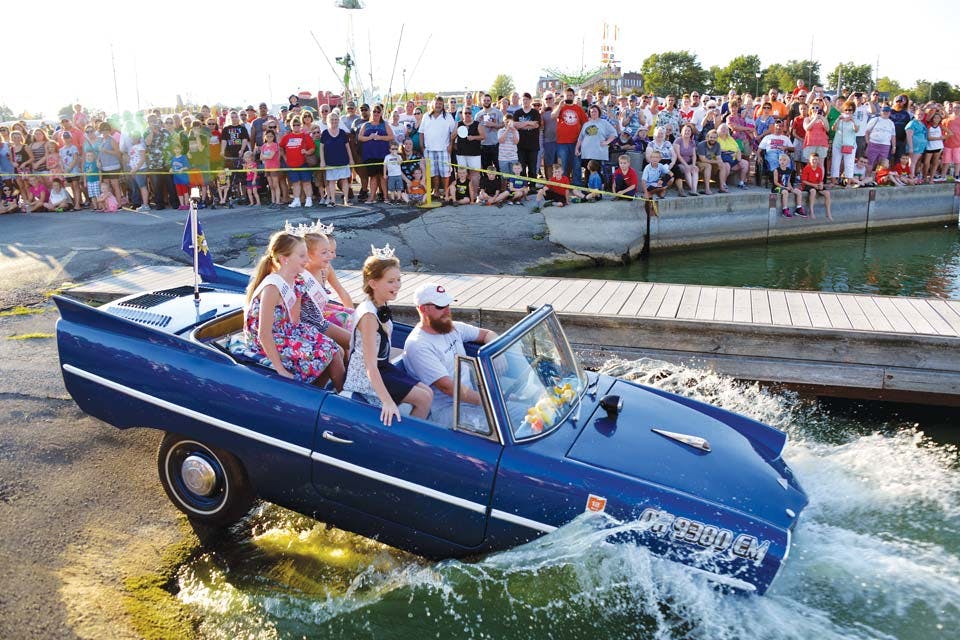 The famous northwest Ohio festival returns July 27 through 29 with a record-breaking Amphicar attempt.

Fifty-one weeks out of the year, Celina is a relatively quiet town on the shores of Grand Lake St. Marys. But visit the community of a little more than 10,000 residents during the annual Celina Lake Festival, and you’ll find a bustling celebration that’s become known for its swimming cars. You read that right. Swimming cars.

Technically known as Amphicars, which operate on both land and water, these German-made machines were brought to the U.S. in 1961.

While production of the vehicles ended just four years later in 1965, the Celina Lake Festival, set this year for July 27 through 29, draws Amphicar collectors and curious locals alike. Other attractions at the family-friendly event include a pageant, fireworks and a parade, but the Amphicars are what attract the most attention.

“They don’t do a lot of festivals across the nation,” says Michelle Miller, a co-chairman of the festival. “People look forward to them coming every year.”

Along with the 58th installment of the festival, 2018 marks the 50th anniversary of the end of Amphicar sales. To celebrate that milestone, a group of Amphicar owners who make the trip to Celina each summer will serve as the grand marshals of the parade. On top of that, the car owners will attempt to break a world record by having more than 70 of the vehicles in one location at the same time. Mike Bayman, a former board member of the International Amphicar Owners Club, says they’re shooting for closer to 100.