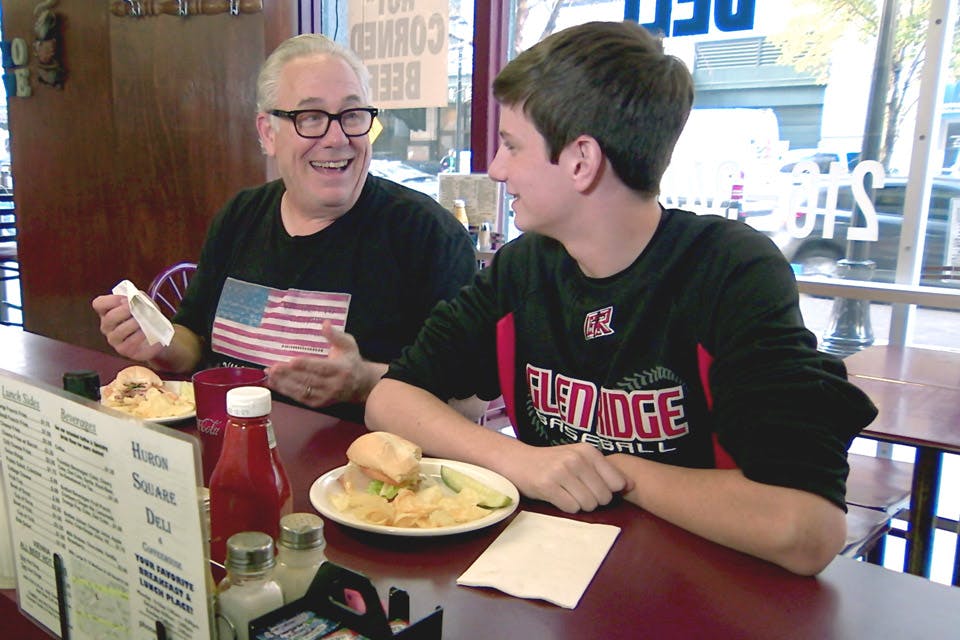 The Cleveland native delves into what the Cavaliers’ 2016 NBA championship means for his hometown in a new book.

As upward of a million giddy Cleveland Cavaliers fans shoehorned their way into the city last June for a championship parade, all Scott Raab could do was look on in wonder.

“It was surreal,” says the 64-year-old Raab, the native Clevelander and longtime Esquire writer-at-large. “There was no parade in ’64 [when the Cleveland Browns won the NFL title] so there was no context for this. I met people from all over the city and all over the world. One of the great things about it was that it brought a segregated city together.”

The Cavs’ miraculous comeback against the Golden State Warriors brought an end to Raab’s (and the city’s) 52 years of sports frustration and provided the perfect ending for his new book You’re Welcome Cleveland: How I Helped LeBron James Win a Championship and Save a City, which comes out Feb. 28. The book is the sequel to Raab’s raging The Whore of Akron: One Man’s Search for the Soul of LeBron James, which pilloried the Akron native for leaving the Cleveland Cavaliers for the Miami Heat in the summer of 2010.

We talked to Raab, who now lives in New Jersey, about James, that euphoric Game 7 and the importance of a title for his hometown.

What was it like watching LeBron James, whose jersey was once burned in the streets of Cleveland, end the city’s championship drought?
I was a boil on the armpit of the greatest basketball player ever. I wrote a very angry book and used him as an excuse to vent for the crime of him not being the city’s Moses. What he’s done [for the city of Cleveland] is historical. He came in with an absurd amount of pressure and it only got greater. I’m impressed as hell with him. There are few realms of human endeavor where you go, “Wow, that’s an inspiring human being.”

You experienced a Cavs championship in the company of your son in Cleveland. How do you top that?
I went to a Game 7 watch party on Father’s Day with my kid. When the universe gives you that, you can’t really complain. Game 7 was my bucket list — the best night I ever had. I literally could not have imagined such a thing. It was a miracle.

While the new book also touches on politics, crime and race, the city’s sports teams remain vital to you. Why?
Race and politics are all over this book. I wrote about Tamir Rice and Jim Brown. Having Donald Trump reach the White House is weighing pretty heavily on my existence. On an intellectual level, it’s only sports … but it plays a wonderful, outlandish role in my life. These teams were always anchors for me, and they always will be.

For more information about You’re Welcome Cleveland: How I Helped LeBron James Win a Championship and Save a City, visit harpercollins.com.