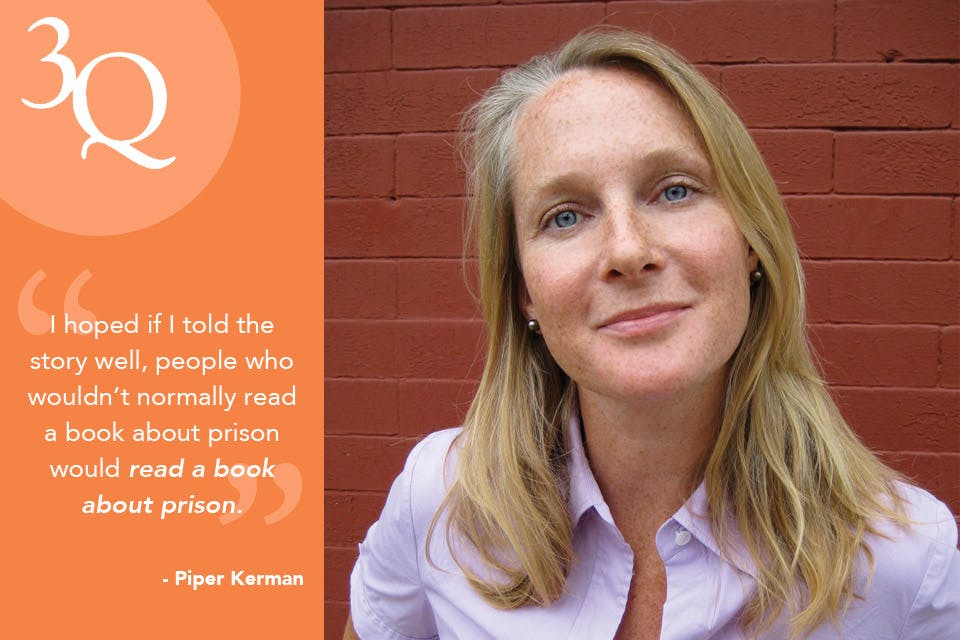 The Columbus resident wrote the book that inspired Netflix’s “Orange is the New Black.”

Those digits represented Kerman’s new identity as the latest resident of FCI Danbury, a minimum-security prison in Connecticut. It was the first day of a felony sentence for the Smith College graduate who had been caught money laundering for her heroin-dealing girlfriend a decade earlier.

“Fear was my strongest emotion,” says Kerman from her home in Columbus. “But there was a perverse sense of relief. I had spent six years waiting to go to prison.”

Kerman’s 2010 memoir Orange is the New Black: My Year in a Women’s Prison became a New York Times bestseller. Three years later, the book was adapted into a smash-hit series for Netflix that has captured a devoted following of viewers.

“I had managed to negotiate those 13 months because of an incredible group of family and friends, but also the incarcerated women who shared their lives with me,” says Kerman.

We talked with the author and criminal justice activist about her work in Ohio, the success of the Netflix show and prison reform.

Why did you move from New York to Columbus in 2015 to teach writing at the Marion Correctional Institution and the Ohio Reformatory for Women?
I had visited both facilities several years ago and met with the wardens, who have been incredibly supportive of these programs. [The prisoners] are writing in a first-person voice and with a chicken’s-eye view about their own lives. It’s not intended to be therapeutic. They’re writing interesting, funny, illuminating stories that help them make sense of the world.

Were you surprised by the popularity of Orange is the New Black and the Netflix show that followed?
I hoped if I told the story well, people who wouldn’t normally read a book about prison would read a book about prison. The Netflix show is a really smart adaptation — a creative, provocative version of the book. [Showrunner] Jenji Kohan takes the book, puts it in a blender and presses liquefy.

How has our criminal justice system failed?
Our drug policies have resulted in low-level drug offenders, particularly women and girls, in prison instead of being treated for substance abuse and addiction. And we’re choosing to send people to prison for longer periods of time. What folks need to know is the vast majority of these decisions are made at a local level. Hopefully our legislators will go back to work on that front.