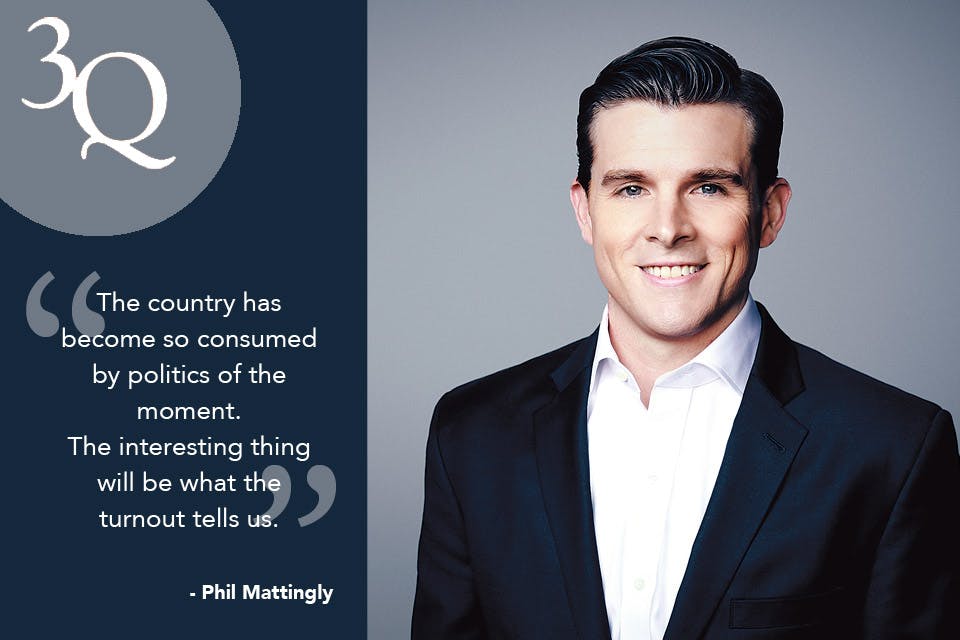 As Ohioans prepare to vote on key national and statewide races this month, we talk with the CNN correspondent and Toledo native.

As a baseball player at Toledo’s Ottawa Hills High School and The Ohio State University, Phil Mattingly dreamed of a career as a Major Leaguer. Little did he know his career path would lead him to Washington, D.C., where political football is the national pastime.

“It became glaringly apparent the Major Leagues were not in the cards for me,” says Mattingly, CNN’s congressional correspondent. “Fortunately, I fell in love with writing when I was in high school. And I was a big history nut largely because my dad was in the military.”

After studying at Ohio State and Boston University, Mattingly found work with Congressional Quarterly in 2007, covering banking committees. Within a year, the financial crisis hit, and he found himself “in the middle of the biggest story in the world.”

“I had no business background, so I had to learn by blunt force trauma,” adds Mattingly. “An editor told me at the time to embrace the story.”

Less than 10 years later, he was once again covering another global phenomenon for CNN: Donald Trump’s election as president. This month, voters go to the polls in what some consider to be the most pivotal midterm election in the nation’s history. We talked with Mattingly about key Ohio races, the fight for Congress and what’s on the horizon for 2020.

What are the key races in Ohio for this election cycle?
In 2016, seeing Trump wipe out [Hillary] Clinton by eight points was wild. In his race against Sen. [Sherrod] Brown, Jim Renacci is tying himself to Trump in every way possible. In the governor’s race, Mike DeWine is walking a fine line between the policies of Trump and [current Gov. John] Kasich in his race with [Democrat Richard] Cordray. The big races in the House are District 12 in Columbus and District 1 in Cincinnati. I’m fascinated to see if Ohio moves Republican or back to the swingiest of the swing states.

What will the midterms tell us about the 2020 election?
The country has become so consumed by politics of the moment. The interesting thing will be what the turnout tells us. It’s no secret a large number of Democrats are mapping out 2020 right now. If the House flips, the Democrats will have subpoena power and that will be a huge, huge problem for Trump.