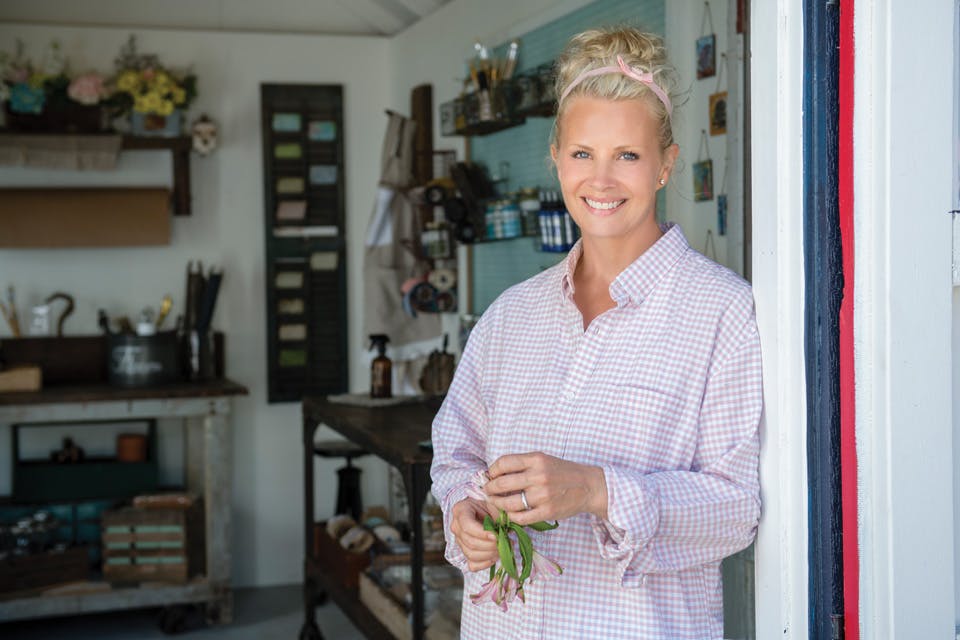 The actress and Cleveland native talks about reclaiming her childhood home in HGTV series.

Don’t tell Monica Potter you can’t go home again. When the “Parenthood” actress’s parents sold their property in Cleveland’s Collinwood neighborhood and moved to Alabama in 1987, a teenaged Potter said goodbye to her four-bedroom house with views of Lake Erie and left the city where she had started an acting and modeling career.

Film and television work landed Potter in Los Angeles, but her thoughts were never far from home. “I know it sounds weird, but my dad kept coming to me in my dreams and telling me I had to buy the house back,” Potter says from her home in California. “The dreams were very vivid.”

In 2014, Potter purchased the house, which was badly in need of repair. The home’s remodeling process is documented in the HGTV series “Welcome Back Potter,” which premieres on the network Oct. 11 at 11 p.m.  We talked with Potter about her new television project, her Ohio-based company and her love for the city of Cleveland.

What did you think when you first saw your family’s former home after so many years?
Holy crap, what did I get myself into? [Laughs]. It wasn’t just all the stuff — it was all the memories. I even found my old yo-yo under a table. With my mother and three sisters, the emotions ran deep. We were there at 7 a.m. and left at 9 p.m. every day for two months. We busted our butts, and we did it on a budget. People in the neighborhood were improving their homes along with us. It was a communal experience.

You now have Monica Potter Home stores in Garrettsville and at the Arcade in downtown Cleveland. Why did you decide to expand?
We opened at the Arcade in July, just before the [Republican National Convention] was in town. We wanted to re-introduce people to what Cleveland’s all about. The CIA, FBI and the Secret Service were all in the store, and we got to meet police officers from all over the country. We’re rebranding and restructuring right now, and we hope to have a bigger online presence.

You are one of Cleveland’s biggest boosters. What keeps bringing you back to your hometown?
I was born the same week my parents bought our house on June 26, 1971. Believe it or not, I moved back into the house on June 30, 2016. The people here are strong, proud, salt of the earth people. There’s a palpable energy and resurgence here. I hope the city keeps moving ahead as a community.