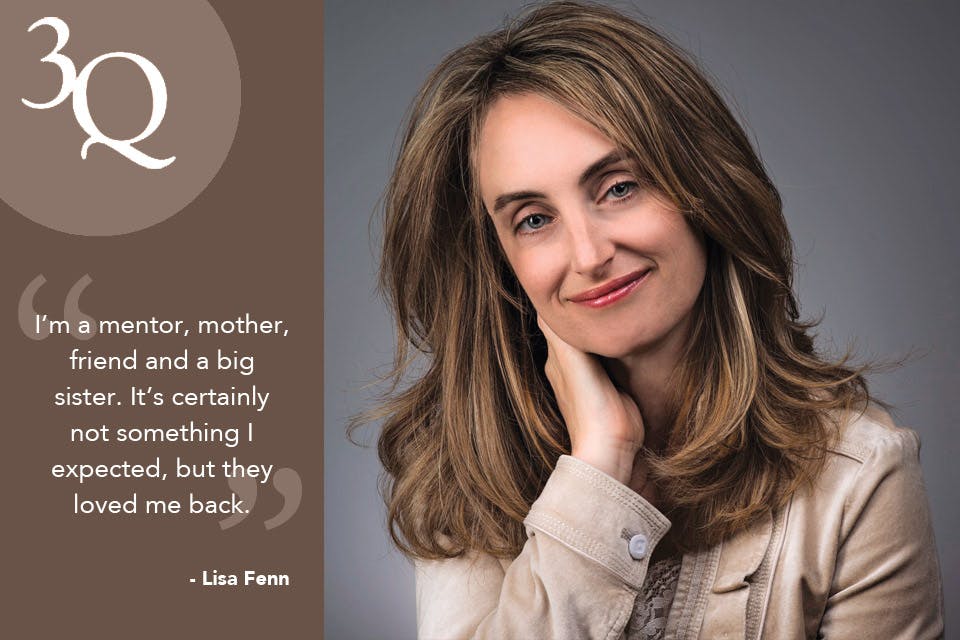 The Ohio native's years at ESPN led her to Leroy Sutton and Dartanyon Crockett.

In the winter of 2009, ESPN producer Lisa Fenn walked into the cramped gym at Cleveland’s Lincoln-West High School to report on a story that would change three lives forever.

Fenn, a Cleveland native and Lutheran West High School graduate, was on hand to witness a remarkable scene between two disabled wrestlers: Dartanyon Crockett, who was legally blind, and Leroy Sutton, who lost both legs when he was run over by a train at age 11.

“Dartanyon had Leroy on his shoulders during the national anthem,” says Fenn. “This act of compassion, especially in a room full of competitive boys, revealed a real depth.”

While working on the ESPN story, Fenn soon became deeply involved with the boys’ lives and the three became family. In her new book Carry On, which is out Aug. 16, she tells an engrossing tale that is equal parts despair, hope and triumph. We talked with Fenn, an Edward R. Murrow and six-time Emmy Award winner, about courage, compassion and the power of love.

At ESPN you covered major league sports, interviewing every big name. What attracted you to this story of two high school wrestlers?
A: At that point I had covered over 200 stories in my career, but I had never seen an image like [Dartanyon carrying Leroy on his shoulders] before. It drew me in and made me want to know who they were and where they were going. Obviously when you look at them you can see they’re disabled, but their poverty was far more disabling than their physical challenges.

What was the reaction from viewers once the report aired?
A:  I prayed for one person with a big heart and a big wallet to respond to the story. What happened was miraculous. Close to 1,000 people emailed me and almost $50,000 [in donations] came in the first month. Three families offered to send Dartanyon and Leroy to college without even meeting them. We quickly eradicated the poverty issue, but they had no idea how to hold on to a dollar or pay a bill. To their credit, they allowed themselves to accept my help.

You and Leroy will attend the Paralympic Games in Rio to watch Dartanyon compete in judo. What is the most gratifying aspect of your relationship with them?
A: This is the biggest, most unexpected blessing in my life. So many things could have gone wrong in this dynamic, but I couldn’t bear to see them fail. I’m a mentor, mother, friend and a big sister. It’s certainly not something I expected, but they loved me back.