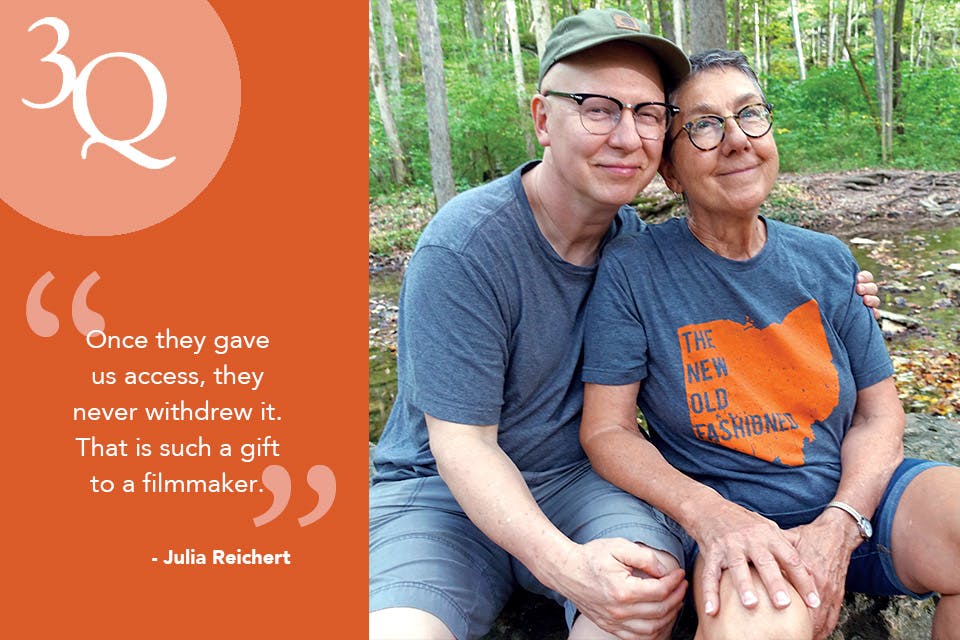 Yellow Springs-based documentary filmmakers Julia Reichert and Steven Bognar, who made the 2009 HBO film “The Last Truck: Closing of a GM Plant,” returned to the site of their former work to film “American Factory.” The Netflix documentary has already been honored by the Sundance Film Festival and is nominated for an Academy Award. “American Factory” tells the story of two disparate cultures while avoiding judgement on either. We talked with Reichert and Bognar about their film, the contrasts between the two cultures and working with Barack and Michelle Obama.

You were allowed full access by Fuyao during the filming of the movie. How important was that?
JR: We accepted no money from them, and they had no ability to edit the film. Once they gave us access, they never withdrew it. That is such a gift to a filmmaker. Audiences have a sharp instinct for stuff that’s not truthful.
SB: When we made “The Last Truck,” the Americans kept us out, but the Chinese were very open with us. [Fuyao] Chairman Cao was transparent and has since praised the film.

What did you learn about the fundamental differences between American and Chinese workers and their contrasting views on unionization?
JR: There is a huge amount of pride in the way China has grown from rural poverty and [like China] our nationalism is also whipped up by our leaders. For me, I had never heard of the union-avoidance company and the input it had on that plant and how relentless they were with the borderline and truly illegal things that went on there.
SB: It would have been easy to make the film from an anxious Midwestern point of view. This was a gargantuan change for Americans who are proud with an almost defiant attitude. The level of ambition and drive of the Chinese is hard to compete against.

“American Factory” is the first film from Barack and Michelle Obama’s Higher Ground production company. What was it like meeting them?
JR: They were awesome. Funny, personable and good listeners. I think they sensed our attempt to get at the truth of the story.
SB: We were really nervous until they walked in the room. I was struck by their genuine curiosity and their warmth. Their support has been like rocket fuel to get this film out into the world.