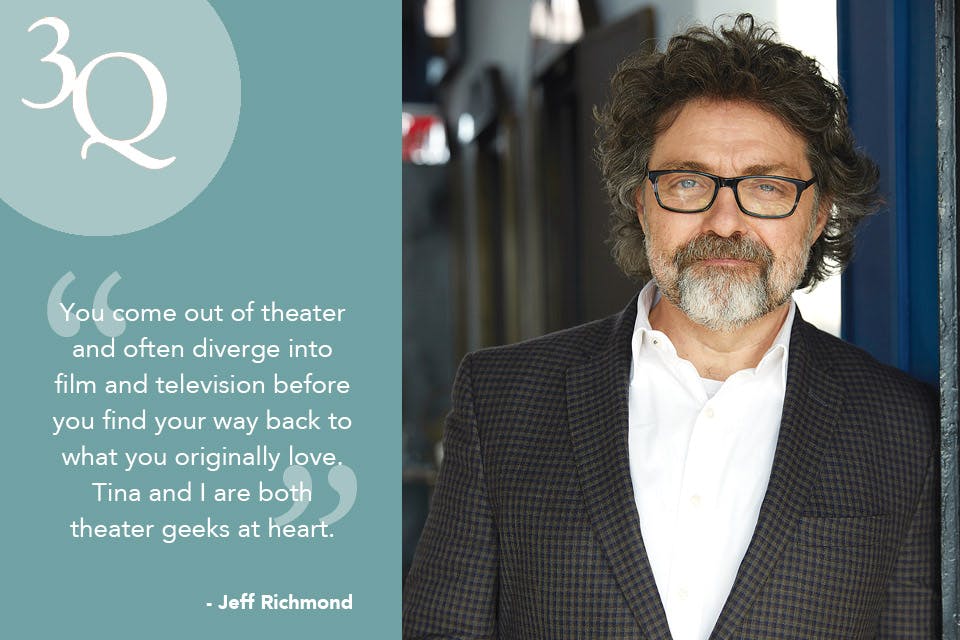 The “Mean Girls” composer discusses growing up in Ohio, his theater influences and working with wife Tina Fey.

Jeff Richmond was brought up in a household that featured the music of artists ranging from Ella Fitzgerald to Johnny Cash to Simon and Garfunkel. But comedy also made a lasting impression on the Garrettsville native, particularly the Friday night antics of Cleveland’s “Hoolihan & Big Chuck Show.”

“I still watch them on YouTube,” says Richmond. “In a way, they were an earlier version of ‘Saturday Night Live.’ ”

After studying musical theater at Kent State University, Richmond gravitated to Chicago’s legendary The Second City improv group. It was there that he met a kindred spirit in comedian Tina Fey.

Married since 2001, Richmond and Fey collaborated on “Saturday Night Live,” “30 Rock” and “Unbreakable Kimmy Schmidt” before teaming up for the 2018 Broadway musical “Mean Girls,” which earned 12 Tony nominations. The production, based on the comedy film written by Fey, will be at Columbus’ Ohio Theatre Oct. 22 through 27, Cincinnati’s Aronoff Center Nov. 5 through 17 and Cleveland’s Connor Palace Theatre Dec. 3 through 22.

“It’s such an iconic piece, people care about it so much,” Richmond says of the film that inspired the musical. “The audiences treat the characters like rock stars.”

Richmond talked with us about his early influences, “Saturday Night Live” and working with his wife.

What were your first experiences with musical theater?
It was great to grow up in my part of Ohio because we had the Kenley Players right down the road. That was such a big deal. John Kenley was such a flamboyant character and he was very good at being a theater entrepreneur, bringing in people like Vincent Price and Paul Lynde to a part of the country that had never seen stars. The first show I saw there was “Once Upon a Mattress” with Lucie Arnaz.

What was it like working on “Saturday Night Live”?
I would write songs for the sketches. … And I would get the dreaded call from [producer] Lorne [Michaels] at 8 p.m. on Friday. He would say, “I think Tom Brady needs to sing a song,” so I would have to come up with one. I worked with Robert De Niro and Christopher Walken, and one of my favorites was Jack Black, who I did a Jim Steinman-like rock ballad for.

You’ve been very successful collaborating with your wife. What is the secret to working together?
We’ve worked very closely together on projects, but [the musical] was a bigger monster to tackle. We had to get the adaptation correct but still make it its own thing. We’ve worked together so long we have a shorthand together. You come out of theater and often diverge into film and television before you find your way back to what you originally love. Tina and I are both theater geeks at heart.