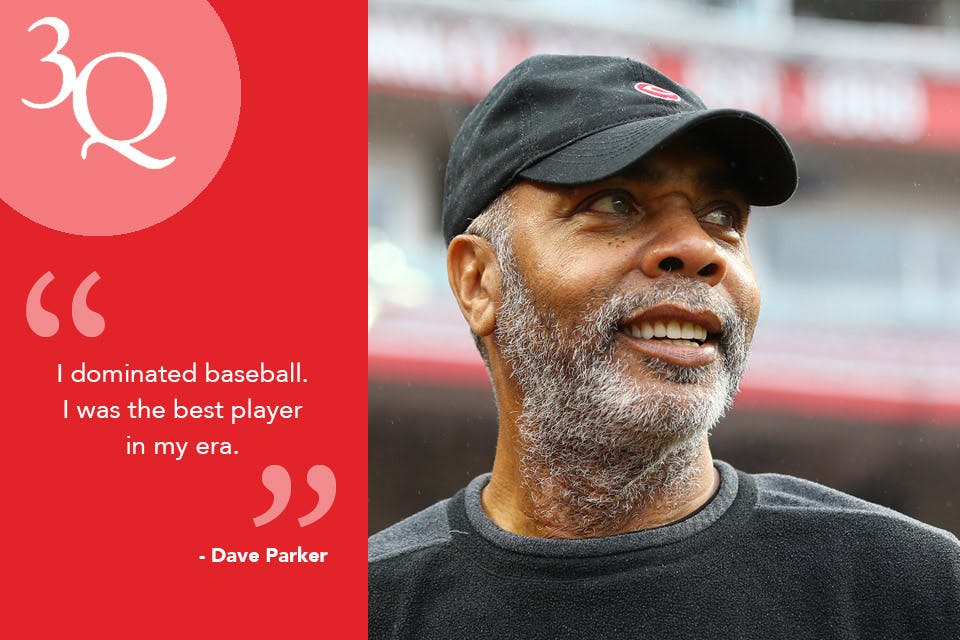 The baseball legend and native Ohioan looks back at life in the big leagues in a new autobiography.

Dave “Cobra” Parker, the former superstar outfielder for the Pittsburgh Pirates and Cincinnati Reds, never shied away from a challenge. Catcher blocking the plate? Bowl over him. Cheekbone shattered? Strap on a face mask and play.

Parker’s poignant autobiography takes the same approach. The recently released Cobra: A Life of Baseball and Brotherhood, written with Dave Jordan, is a rollicking, conversational account of his baseball career. Most of the action occurs in the glory days of the 1970s and 1980s, complete with highs (World Series championships, clubhouse bonding) and lows (racist threats, drugs).

Now, Parkinson’s Disease and the realities that come with getting older (another adored Pirates teammate, Rennie Stennett, has just died when we spoke) have arrived, but Parker’s candor and confidence aren’t going anywhere.

“I dominated baseball,” the 70-year-old Cincinnati native and longtime Ohio resident says. “I was the best player in my era.”

In Cobra, you write about chasing the sip of champagne. What is the sip now that you’re out of baseball?
Watching my grandchildren pursue what they’re going to pursue. Keeping up with the two boys’ sports. I got one that plays football and he’s a wide receiver. Another one plays basketball, and my granddaughter plays basketball. Watching them achieve some of the things that I participated in has been more than a reward for me.

You were a football star in high school before you were injured. Do you wonder what it would have been like to play at Ohio State or the pros?
I would have been tough. I was a very physical guy, weighed 220. I was 6’4” and had good open-field moves and played linebacker on defense ... Football was my favorite sport. Yeah, I wondered about it … it might’ve been a blessing in disguise for me to get injured and not pursue football. I couldn’t play football for 20 years, so [baseball] gave me longevity and relationships that are going to last forever. Willie [Stargell] was like a father. He told me if I wanted to be a major leaguer and a star that I had to play injured. Sometimes I wonder was it worth it.

Music is a big presence in the book. How important was it in your baseball career?
Music was important because everyone participated in providing the music for the clubhouse: Ohio Players’ “Sweet Sticky Thing.” Sly Stone, [sings] You caught me smilin’ again. All those songs were used to motivate us as a unit, and they played a major part in my career. [When I hear those songs now] I think back to the clubhouse, the camaraderie that the team had as a unit. I sing. My grandchildren don’t like it, but I sing anyway. They give me a smile and laugh at me, because I’m singing and doing some moves with my upper body, because it’s the only thing that moves properly anymore.