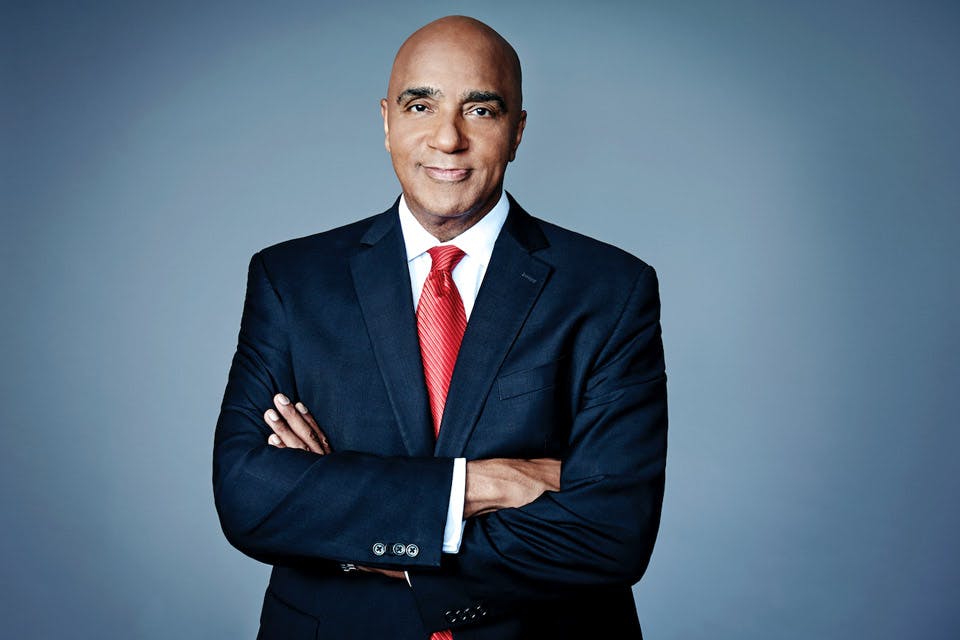 A visit to the Ohio Statehouse as a kid set CNN correspondent Joe Johns on a path to covering news in Washington, D.C.

Growing up in Columbus, Joe Johns had the opportunity to experience the world of politics at an early age.

“A friend of mine and I were do-gooders,” says Johns, CNN’s senior Washington correspondent. “We got together a group of kids, got on a city bus and went downtown to the state capitol.”

Fortunately for the 11-year-old Johns and his friends, their impromptu visit came during the summer, when the Statehouse was more subdued than usual. “It was a slow day,” he recalls. “On our way out, we passed the governor’s office and I asked if we could meet him. So I met Jim Rhodes, who let me sit in his chair.”

That visit intensified Johns’ interest in politics, even though “none of our parents believed we had met the governor.” Johns has since become a Beltway media fixture at NBC and CNN, covering everything from Bill Clinton’s impeachment hearings to the Washington, D.C., sniper. The veteran reporter talks with us about meeting an Ohio State University legend, his most memorable stories and the current state of flux in the nation’s capitol.

You were a track and field standout at Columbus West High School and attended Marshall University on a scholarship. You also turned down a chance to play football for Ohio State. Why?
In my senior year at West, I won the discus [throw] at the 1975 Class AAA state championships. Woody Hayes watched the discus final and talked to me about playing football. It was pretty remarkable having a conversation with him, but I knew from living in Columbus what Ohio State’s players looked like. I felt I would become a tackling dummy.

Which assignments have left a lasting impression on you?
For the sheer horror of the situation, the Haiti earthquake. We went to a mass grave, and I saw one hand sticking up out of the dirt, pointing to the sky. The D.C. sniper story was the scariest. … We were always guessing if the guy was still out there when we were on location. For political magnitude, the Clinton impeachment hearings are right up there with the 2016 presidential election.

The Trump presidency has presented many challenges to the media. How have you adapted?
I covered Donald Trump’s kickoff at Trump Tower and anything and everything has happened since then. Different administrations have had different levels of access, but the one continuous thing is that tough questions create friction. That’s what they’re supposed to do. The current administration is far and away the most challenging because it’s the most confrontational with the news media.