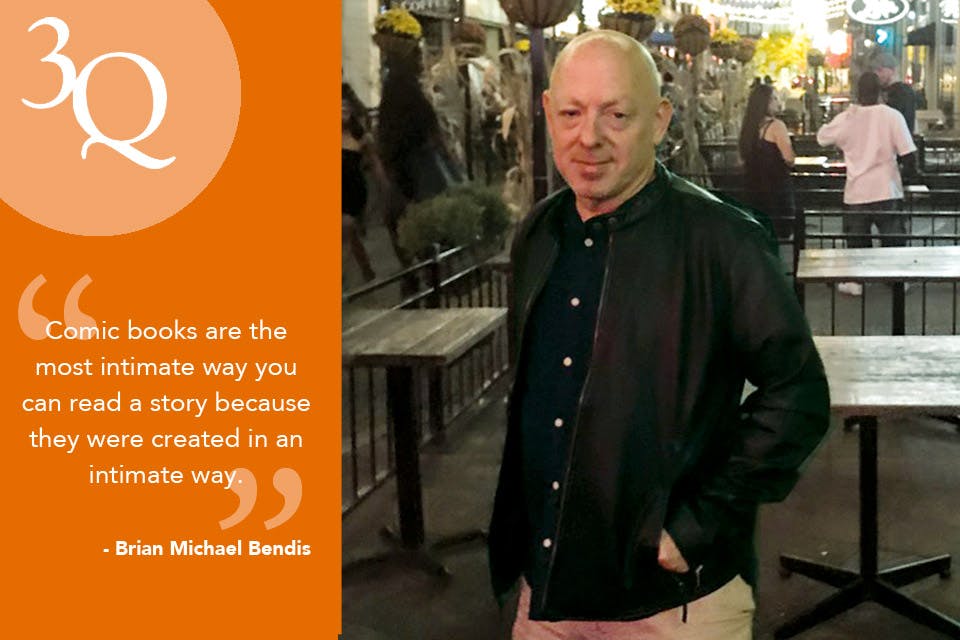 The Cleveland native talks about his move from Marvel Comics to the home of Batman, Superman and Wonder Woman.

When Brian Michael Bendis announced he was leaving Marvel Comics to join rival DC Comics in November, it created a sensation not only among passionate comic book fans but in the mainstream media as well.

“I didn’t think it was going to be that big of a deal,” says the 50-year-old Bendis from his home in Portland, Oregon. “Tweeting the news was the most accidental badass thing I’ve ever done. I was asleep most of the time I was trending. As a good friend of mine pointed out to me, it was the first time an author was trending who didn’t do something embarrassing or die.”

Bendis, who grew up in University Heights and attended the Hebrew Academy of Cleveland, spent 17 years at Marvel writing a range of characters, from Avengers to X-Men. His “Ultimate Spider-Man” series ran for an incredible 133 consecutive issues, and his creation of “Jessica Jones” became a hit Netflix series.

“I was at the end of my contract, which Marvel generously offered to continue,” says Bendis. “DC had come at me with a presentation for a meaningful partnership that turned my head. ... It was about creativity.”

Bendis, whose new venture with DC Comics begins Jan. 1, talked with us about starting his career in Cleveland, writing iconic characters and the allure of comic books.

After attending the Cleveland Institute of Art, you drew editorial cartoons for The Plain Dealer in the mid-1990s. How did this inspire your later career?
For two years, I walked into The Plain Dealer every week trying not to get fired. My editor wanted more feistiness in the paper. I didn’t realize how close I was to being fired a couple of times, but the interaction I had with the readers set me up for the main stage at Marvel. My rhino skin came from The Plain Dealer.

How do you explain the massive appeal of a character like Spider-Man?
Writing a character like that was the biggest gift I’ll ever have. I was handed a bulletproof theme: the simple morality of ‘with great power comes great responsibility.’ Anyone can be Spider-Man … the costume covers you from head to toe. Little kids all over the world have put themselves in that costume. The aesthetic appeal of it is amazing.

Once a niche industry, comic books have exploded in recent years. Why?
Comic books are the most intimate way you can read a story because they were created in an intimate way. The voices in your head are the voices of the people in the comic. These characters are modern mythology. As the world gets weirder and more intense, they are the glue that holds us together.