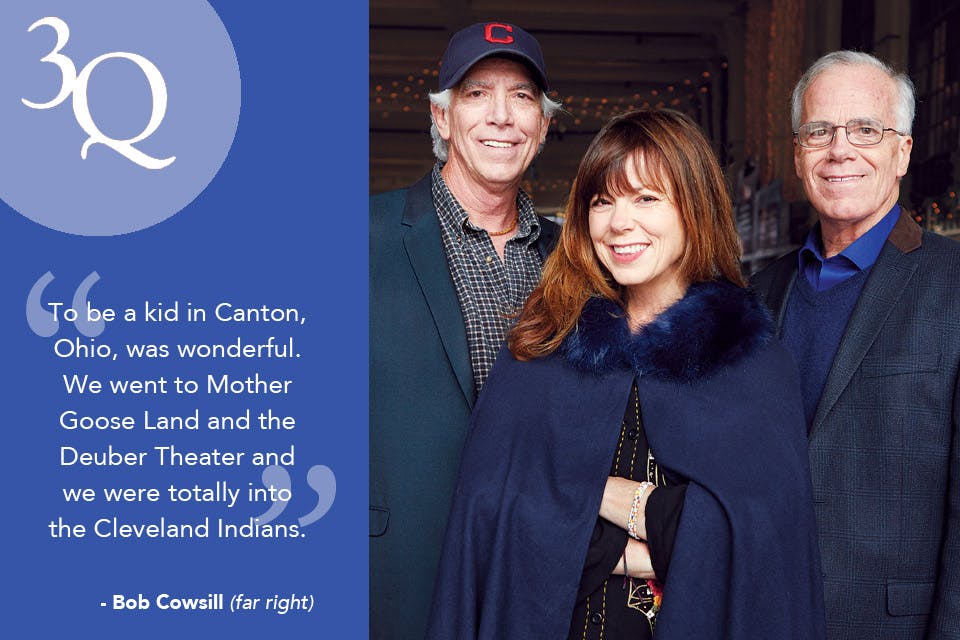 As The Cowsills get set to take the stage at the Ohio State Fair, we talked with Bob Cowsill about his famous musical clan.

In 1967, with The Beatles and Rolling Stones dominating the airwaves, a family group with a squeaky clean image released a song titled “The Rain, the Park and Other Things.” With soaring harmonies and a lush arrangement, the tune went gold and The Cowsills became a national sensation.

“We made the biggest deal in the history of ‘The Ed Sullivan Show,’ ” says Bob Cowsill. “It was $1 million for 10 shows, but we only did two of them after our father freaked out and got in a shoving match with the producer.”

The group went on to have more hits like “Indian Lake” and the theme song from the musical “Hair” before fading into obscurity in the 1970s.

“It was a hard fall,” says Cowsill. “None of us were ready for life.”

With their signature song featured in the hit comedy movie “Dumb and Dumber” and a 2011 Showtime documentary titled “Family Band: The Cowsills Story,” the group gained new relevance. For the past five years, The Cowsills have played on the nostalgic Happy Together Tour, which visits the Ohio State Fair Aug. 3. It will be a homecoming of sorts for Bob, Susan and Paul Cowsill, who lived in Canton from 1959 to 1962 while their father commuted to Cleveland for his job as a U.S. Navy recruiter.

We talked with Cowsill about the family’s years in Canton, serving as the inspiration for a hit TV show and coping with a series of deaths in the family.

What are your memories from living in Canton?
We lived on West Park Avenue right along Meyers Lake, where there was an amusement park. To be a kid in Canton, Ohio, was wonderful. We went to Mother Goose Land and the Deuber Theater and we were totally into the Cleveland Indians. My brother Bill and I appeared on “Spotlight on Talent” hosted by  Gene Carroll in Cleveland. We lost to a magician, which was very embarrassing to me.

The Cowsills not only had hit records but served as the inspiration for “The Partridge Family.” What was that like?
Three guys came to our house in Santa Monica and thought that maybe we could be the kids in the show with Shirley Jones playing the mother. My dad was never going to allow that. They took everything around us but left the group behind.

Your mother died at age 56 and you’ve lost three brothers over the years, one of whom died in Hurricane Katrina. How have the surviving family members dealt with this?
As siblings, we keep a tight circle around us. We’re very protective of each other and our story. We think about [our brothers] all the time. Part of the reason they’re not here is how they dealt with what happened to the group. It makes you realize that it’s important to fix whatever’s wrong in your life. Not everybody gets a long run.