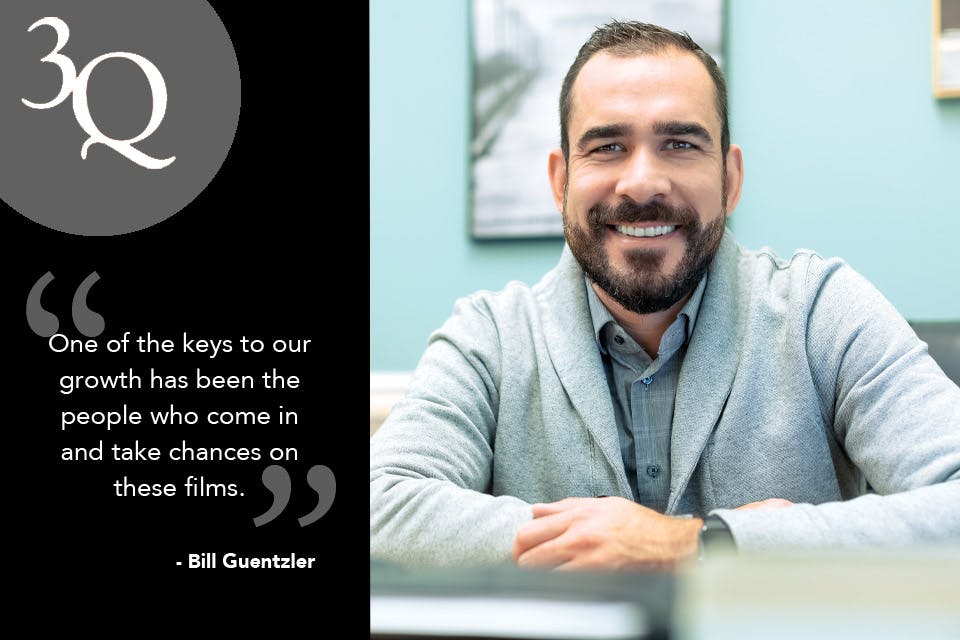 We talked with the Cleveland International Film Festival’s artistic director about the decision-making behind what goes on-screen each year.

Note: The Cleveland International Film Festival commission had to cancel this year's event, but it has compiled a list of films from past years that are currently available to stream through various platforms, such as Netflix, Hulu and iTunes. Details are still coming for CIFF Streams, which will offer subscribers access to many of the films that were slated for this year's CIFF44 lineup. We talked to festival artistic director Bill Guentzler for our March issue.

The first movie Bill Guentzler remembers watching was “Willy Wonka & the Chocolate Factory.” His taste in cinema soon changed when a 7-year-old Guentzler and his father were riveted by the German naval adventure epic “Das Boot” on a VHS tape.

“Foreign films have always appealed to me,” says Guentzler, who has programmed the Cleveland International Film Festival since 2002. This year’s festival is set for March 25 through April 5. “They are stories coming through the eyes of someone from a different culture but are relatable to all audiences.”

Guentzler, who grew up in Willowick and now lives in Cleveland’s West Park neighborhood, started off with the film festival as an office assistant in 1999. Today, he spends four months each year traveling to film festivals from Amsterdam to London to Utah, scouting films for the Cleveland International Film Festival. Last year alone, he screened an astounding 770 films. We talked with Guentzler about Cleveland’s acclaimed festival, what he looks for in films and some of the more unusual reactions he’s encountered from audience members.

What are the most important qualities you look for when choosing a film for the festival?
There are films I have chosen that didn’t go over well and films I would not recommend to a friend, but I know will have an audience. Variety is the key in a film festival. You want to try and draw in as wide an audience as possible. You try to have something everyone is going to appreciate. One of the keys to our growth has been the people who come in and take chances on these films.

What makes the Cleveland International Film Festival a favorite event for filmmakers and audiences alike?
It seems like there’s a new film festival popping up every week. One thing we’re known for is our wide variety. And the international relationships we have developed over the years have helped. Filmmakers know we have very sophisticated audiences so we’re able to get quality films.

What have been the most unusual audience reactions you have encountered?
[Staff member] accessibility is important, but it drives us a little crazy sometimes. People in the lobby used to stand in line and ask me what film they should see next. A filmmaker once threw a program guide in my face — they didn’t like the description of their film. I once announced “No Place to Go” as my favorite film of the festival. After it screened, a man walked up to me, saying “You need to talk with me” and handed me his card. He was a psychoanalyst.