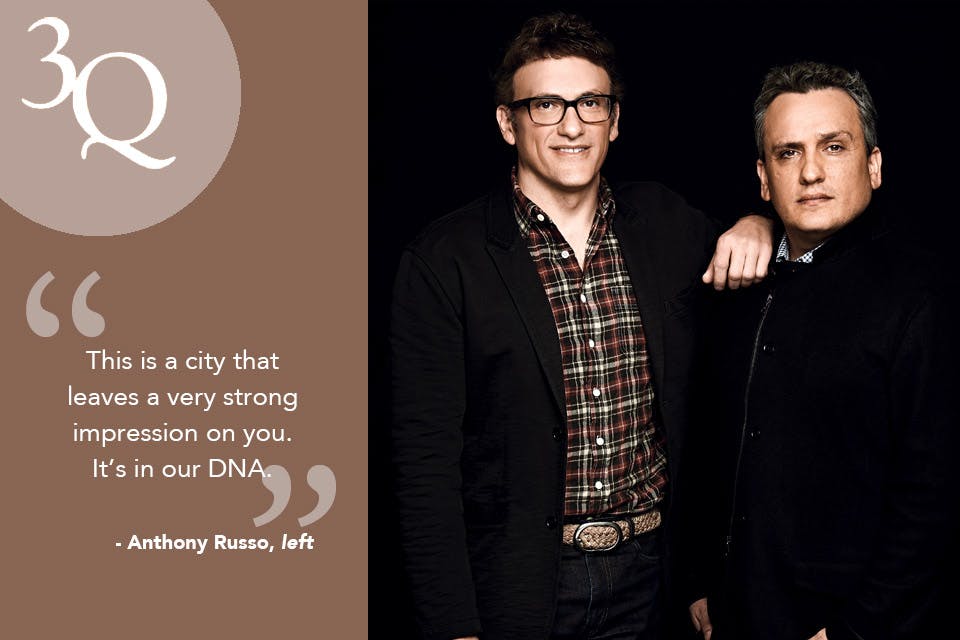 After bringing four Marvel movies to the big screen, the Russo brothers return to their native Cleveland with “Cherry.”

Anthony and Joe Russo’s first exposure to a blockbuster movie was “The Blues Brothers,” and the film left an indelible impression on the two youngsters, who went on to co-direct some memorable box office hits of their own.

“I was 10 and Joe was 9 when our dad and uncle took us to see that movie,” recalls Anthony Russo. “It was such an exuberant, amazing experience.”

The Russos helmed 2019’s “Avengers: Endgame,” which grossed $2.8 billion worldwide. It was the fourth Marvel movie for the Cleveland natives, who are switching gears with their latest film, “Cherry,” an adaptation of Nico Walker’s 2018 semi-autobiographical novel about a former Army medic who robs banks to support his opioid addiction. The film, co-written by the Russo brothers’ sister Angela Russo-Otstot, is available March 12 on Apple TV+. We talked with the brothers about the project, their hometown and the future of film.

How important was it for you to make “Cherry”?
AR: When we read the book, it felt like a fresh, timely exploration of warfare and drug addiction. We have friends and family members who have struggled with opioid addiction and this was emotionally resonant for us.
JR: The book touches on a very profound issue with a voice that encapsulated an existential crisis — it’s incredibly realistic and authentic.

You’ve filmed movies in Cleveland before. How has your hometown influenced your work over the years?
AR: We’ve always found Cleveland to be a very cinematic city. Part of the appeal of this story is its setting in a part of Cleveland we spent a lot of time in. This is a city that leaves a very strong impression on you. It’s in our DNA.
JR: Cleveland is a big part of our artistic makeup. The city’s aesthetic is so unique. The principles we’ve learned we learned on the streets of Cleveland.

“Cherry” opened in theaters Feb. 26 before appearing on Apple TV+ this month. How has the pandemic altered the industry and how films are distributed?
AR: Streaming is a win-win for everyone involved. Joe and I grew up hardcore cinephiles and we’ve always been excited about working in new ways to tell stories. We’ve directed movies for as much [money] as you can make them for and for as little as you can make them for. We approached this movie in more of an unconventional indie style.
JR: I don’t think theatrical is going anywhere. Digital is a great thing for filmmakers and audiences. It’s a more affordable format for a lot of people.