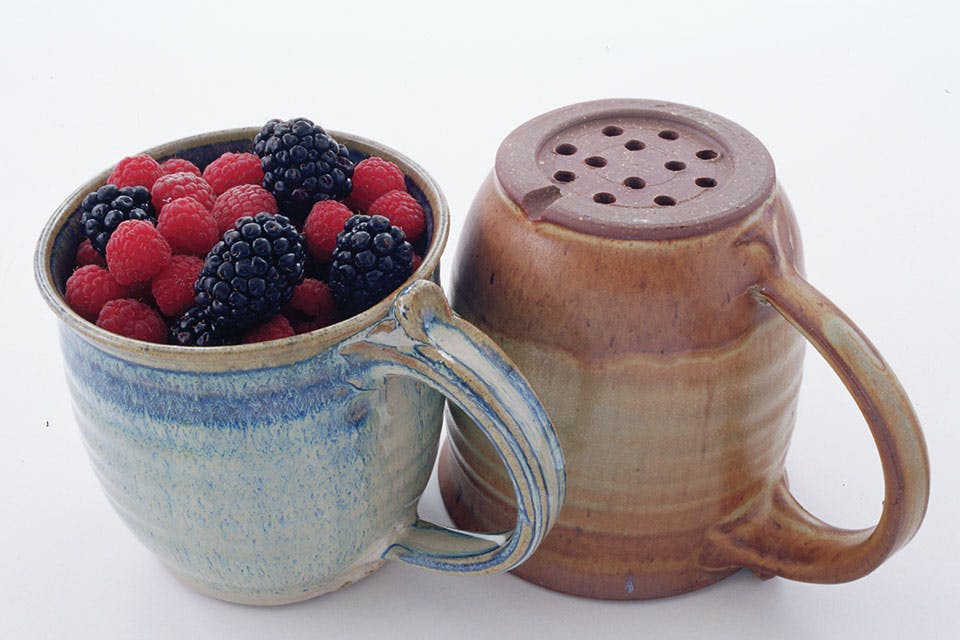 Potter Susan Abramovitz followed her dreams to southeast Ohio where she creates clay art that combines form and function, including this beautiful piece.

Susan Abramovitz became a potter in 1969, but her love for art started much earlier. She spent many years experimenting with a multitude of different mediums, from drawing to painting to sewing to making things out of clay.

Abramovitz, who lives in the Athens County community of Shade and owns Rock Riffle Run Pottery, graduated from the Cleveland Institute of Art with a degree in ceramics in 1974 and a year later became the head of ceramics at Case Western Reserve University. She opened her studio in 1978.

When the potter began her new venture, she decided a change of scenery was in order. The artist was drawn to southeast Ohio for its majestic beauty, lack of urban scenery and access to clay. Using clay that’s locally sourced from Cedar Heights Clay Co. down the road, Abramovitz creates a variety of functional and decorative items, ranging from coffee mugs, bowls and baking dishes to garden markers, bird feeders, candlesticks and vases.

“It’s just very cool to work with a material that’s 350 million years old. Most people don’t do that daily,” she says.

One of her favorite pieces is the berry colander she began making in 2008 in response to a customer’s request. Shaped like an oversize mug, it has drainage holes in the bottom to make rinsing small pieces of fruit a breeze.

“I thought it was a weird idea and I sat on the order for a long time,” the artist says with a chuckle, adding that she underestimated how popular the colander would become. She estimates that she has sold as many as 1,500 in a year.

Handcraft Ohio Made In Ohio