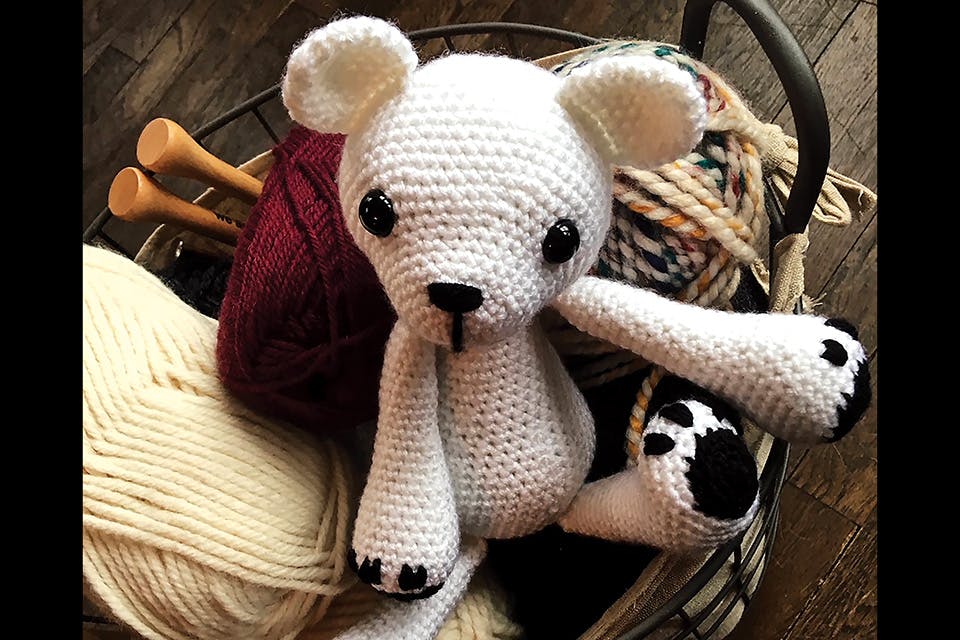 Sara Powers’ line of crocheted creations includes adorable animals and other handmade items for the little ones in your life.

Sara Powers became a stay-at-home mom after the birth of her daughter in 2019, but the former kindergarten teacher’s new line of work began from a skill she learned earlier: a simple crochet stitch.

“The first thing I made was a blanket.” recalls Powers, who lives in Columbus. “I’d give away a lot of gifts to people.”

Requests for a variety of different items and Powers’ ability to create them led her to launch her MaeMade Co., now Miloray Co., on Etsy in 2017. The online shop stocks products inspired by her interests, friends’ requests, yarn community trends and items her young daughter enjoys.

Bestsellers are blankets and knit beanies for newborns she both designs and makes, as well as an incredibly cute line of animals that features a dragon, unicorn and an adorable white polar bear. (Other creatures include a wolf, elephant, fox and bunny.) For the animals, she picks and chooses from existing patterns by other designers, at times borrowing bits from different ones to make something new.

“The polar bear is a combination of patterns,” Powers explains. “A girl I follow on Instagram posts a lot of patterns and someone asked me to make a bear. I liked the style of the bodies of her animals, so I took that pattern and figured out his ears and his little paw marks. I threw it together on my own, and his tail is actually from a bunny tail and his body is a typical body pattern.”

Powers says she never imagined creating her own business, but adds that the birth of her daughter provided inspiration to continue growing the operation.

“In the beginning, I did it because I liked giving gifts,” she says. “Now that I have a daughter, I do it for her. I want her to know that she can do anything she wants to do.”

Handcrafted Ohio Made In Ohio