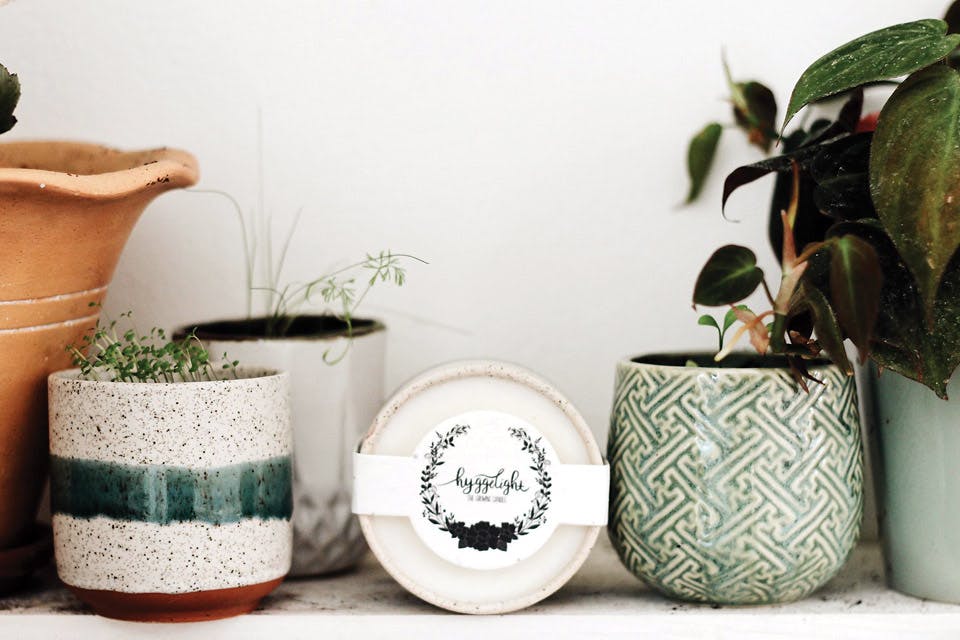 Chris and Cyndi Hileman craft candles that live on in a new way long after the flame is gone.

Chris Hileman was spending his days as a sales manager. Cyndi was in marketing. Although they pursued different careers, the Toledo couple shared a common goal: starting their own business. They tossed around ideas ranging from opening a bike shop to manning a food truck. Nothing fit until the pair looked around their living room filled with the glow of candles year-round.

“Cyndi was so happy when she opened the card,” Chris says. “I thought if the seed paper made her feel special, it would make our customers feel special, too. When we married the ideas of plants and candles together, we knew it was a good idea.”

Pronounced “hoo-ga,” hygge is a Danish word defined as meaning cozy and comfortable surroundings that invoke inner contentment and well-being, as well as an appreciation for the simple things in life.

“It also means being empowered by your surroundings,” Cyndi says. “Hygge is about refusing to be satisfied with anything that makes you less than happy.”

Chris hand pours the soy wax into colorful ceramic containers. Cyndi hand writes the labels. Lott Industries, a Toledo nonprofit manufacturing firm employing people with developmental disabilities, assembles the packaging. The candles, which range in price from $27 to $40, come in three sizes and nine scents including lavender and apple and cinnamon. Each features a lead-free cotton wick and non-GMO seeds. Once the candle has burned, the container can be recycled as a planter for the seeds. Most of the pots have popular Danish monikers, including Oliver, Emma and Ida. (Cyndi’s favorite, however, is Edith, named after her Brazilian grandmother.)

“We believe that everyone can have a green thumb and that taking care of our planet should be part of everyone’s life, not just a hobby for some of us,” Cyndi says. “Our goal is to use the hygge [idea] to inspire people to slow down and be an active participant in their world, not just a bystander.”