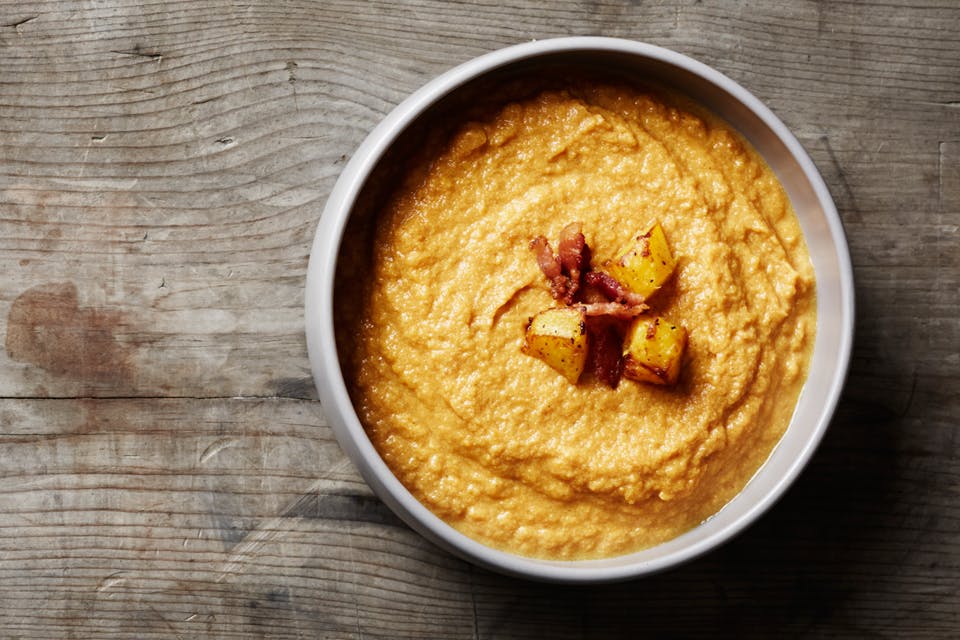 Recipe courtesy of The Stew Pot Kitchen | Photo by Casey Rearick
One of Scott Malensek’s fall favorites is his pumpkin bacon soup. He simmers thick and creamy sweetened condensed milk with smooth and savory pumpkin puree and seasonal spices of cinnamon and clove. It is a luscious base for the final additions: salty bits of crisp bacon and soft chunks of pan-fried pumpkin. “It tastes almost exactly like pumpkin pie,” says Malensek, “with bacon on top of it.”

DIRECTIONS
Add the pumpkin puree and the sweetened condensed milk to a slow cooker and set at high heat. Add in salt, cloves and cinnamon. Stir, cover with lid and let flavors mingle
for 2 hours. Shortly before serving the soup, heat a frying pan to medium heat and add diced bacon. Fry until crispy. Remove with a slotted spoon and stir into the slow cooker.
Reserve some of the bacon fat in pan. Add diced pumpkin and fry at medium heat until edges are brown. Remove from pan and add to the soup. Stir and serve.